From QE to QT and back to QE 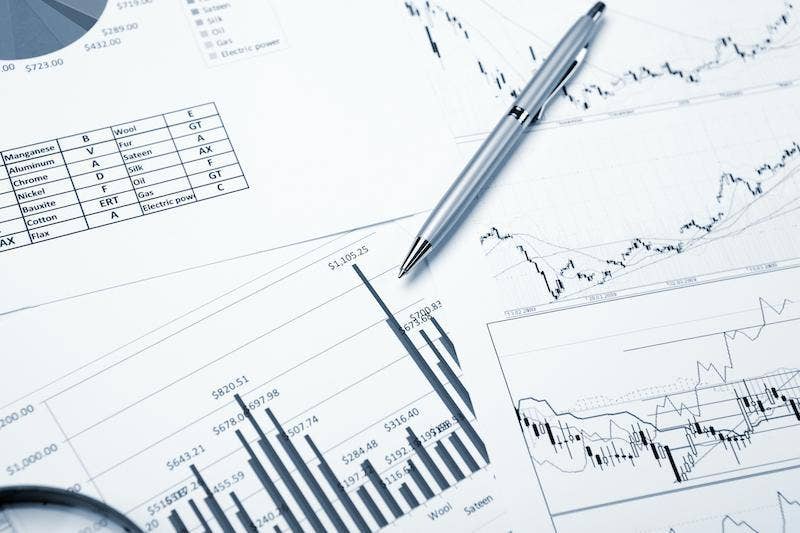 In response to the Global Financial Crisis from 2007 to 2009, the world’s major central banks increased their assets on balance sheet, mostly government bonds, from $3 trillion in 2007 to $14.5 trillion in 2017. This represented an increase of almost 400% in less than 10 years. Over the same period, the Fed increased its balance sheet from $800 billion to $4.4 trillion, a jump of 450%. This was called QE, and its purpose was to flood Main Street and (primarily) the financial markets with liquidity in order to avoid a systemic collapse. The Fed also cut interest rates to virtually zero for the entire period, for the same reason.

Following Donald Trump’s election in November 2016, the stock market rose almost continuously in 2017 with the least number of 1% or more down days in history. The Fed saw its opportunity to “normalize” its balance sheet, or in simple terms, reduce it in order to regain some monetary policy credibility and, ostensibly, avoid the risk of rampant inflation. The plan was called Quantitative Tightening, or QT, and involved both raising interest rates and reducing the size of the balance sheet. For the purposes of this article, I’ll be focusing solely on the balance sheet.

QT started in November 2017 when the Fed began reducing its holdings by $10 billion monthly. It would increase the amount being reduced by an additional $10 billion at the end of each quarter until it reached a maximum of $50 billion monthly or $150 billion each quarter. The plan was to unwind much of the assets purchased in the preceding 10 years, and the process would take years to complete. QT effectively ended less than two years later in September 2018. What happened? Stocks crashed.

The warning came in February of 2018. Reality hit in September. The reason is that equities love liquidity because it finds its way into the stock market, propelling it higher. 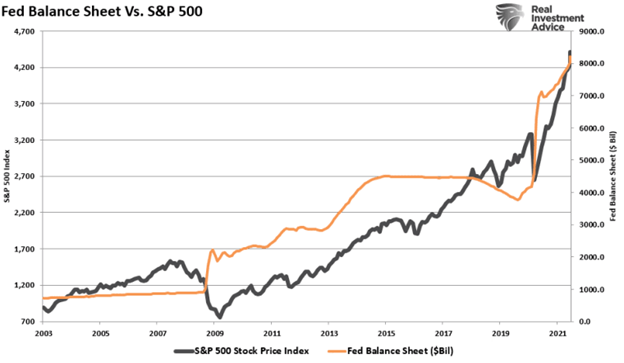 The money printing went on so long that the markets took it for granted. It was no surprise that when the punchbowl was being slowly removed stocks would start to become more vulnerable. Like any Ponzi scheme, the markets need ever-increasing inflows of liquidity, otherwise they collapse. The illusion of stability can go on for a while after the plug is pulled, but eventually reality catches up and stocks go down.

Stocks bottomed in December of 2018 and have never looked back since. Why? The Fed ended QT and started increasing its balance sheet again in September—see the opening chart above. Then when COVID hit in March of 2020, the floodgates were opened. The rest is history for both Stocks, Gold, the dollar, and everything else.

Nothing matters more to the markets than liquidity. It’s as simple as that.

Fast forward to today and one could be forgiven for feeling a state of déjà vu. The Fed threw over $3 trillion at the markets during the three months that followed the March 2020 meltdown. Almost as much as the entire amount of liquidity injected from 2009 to 2017, but in just three months! Then, in July, they dramatically cut this new QE by almost 90% from $1 trillion a month to “just” $120 billion. Stocks stumbled a bit on the news and then carried on their merry way higher again. Powell would do whatever it takes!

But now they are planning to cut liquidity even further, when stocks are at new all-time highs! I’ll let the Fed provide the details:

In essence, they plan to “taper” liquidity by $15 billion a month. At that pace, they should be finished by July 2022. Sound familiar? Sounds like the QT they planned to perform for years. How did that work out? Only this time, they’re still adding liquidity, just less of it. Last time, they were actually reducing the balance. It just shows how bad the Fed’s monetary policy has been. Before, they tried to reduce their balance sheet and failed. Now they’re just reducing the liquidity they’re continuing to add. What’s next? They’ll just start reducing the amount of increase per month? What a dismal failure. For this reason, I expect the next round of gargantuan stimulus to be the last before they are forced to pull the plug and we get the Greatest Depression. But that’s a topic for another day.

The point being is this is not going to last until July. Just like QT, the Fed will be forced once again to do a complete 180 to even more stimulus. Think $10 trillion in three months. Crazy numbers. Stocks are rising on ever increasing liquidity. Reduce it or remove it altogether and watch what happens. Another meltdown. Then the Fed will do what it can only do: ride to the rescue with even more tsunamis of liquidity. When that happens, stocks will enjoy a final parabolic melt-up before crashing, up to 90%. My best guess on the timing is 2023-24 for that outcome. All of this is inevitable. There is no more road left to kick the can down. The game is almost over.

Switching to Gold, Silver, and the miners. They will go down with the ship initially, but like in 2008, they will see the writing on the wall for what’s coming next. It’s just too obvious. When the Fed opens the floodgates for the last time, aided by massive stimulus from the Democrats on the fiscal side, get your popcorn ready and just sit back and watch how high they’ll go.

More importantly, when the Greatest Depression does hit following the shredding of the dollar, everything will collapse in price, save perhaps food. Everything but precious metals. Gold rose during the 1930s while equities, bonds, real estate, art all dumped. Gold and Silver are safe havens in times of crisis, be it hyperstagflation or outright deflation. Got yours yet? Time is running out. The Fed just fired the starting gun. Below 1675 in Gold is the buy zone, but we could fall as far as 1500. The last great buying opportunity is almost here.

My best guess for what’s coming for stocks: 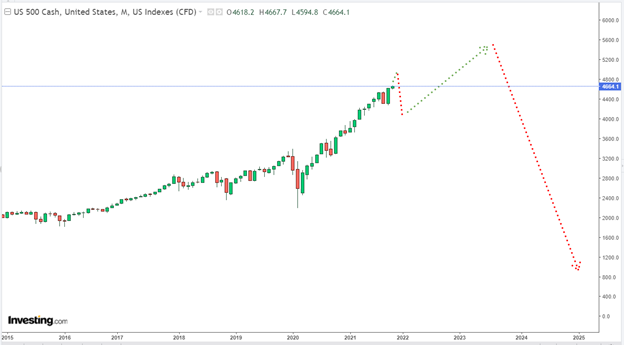