It’s all about the DXY 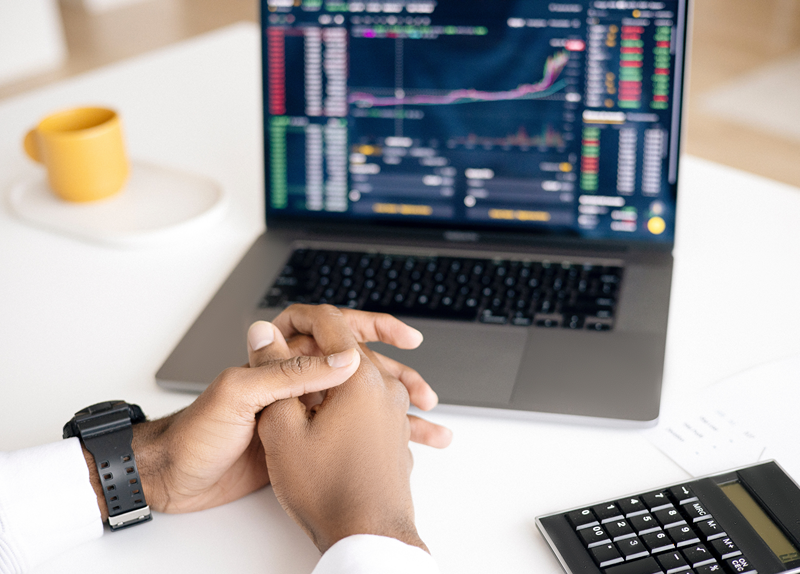 This is the current correlation coefficient for DXY and Gold:

As you can see, at -0.92, DXY has a near perfect inverse correlation to Gold. If the DXY falls, Gold rises, and vice-versa.

The DXY has been languishing around 102 ever since its decline from the peak of ~115 on Sept 28: 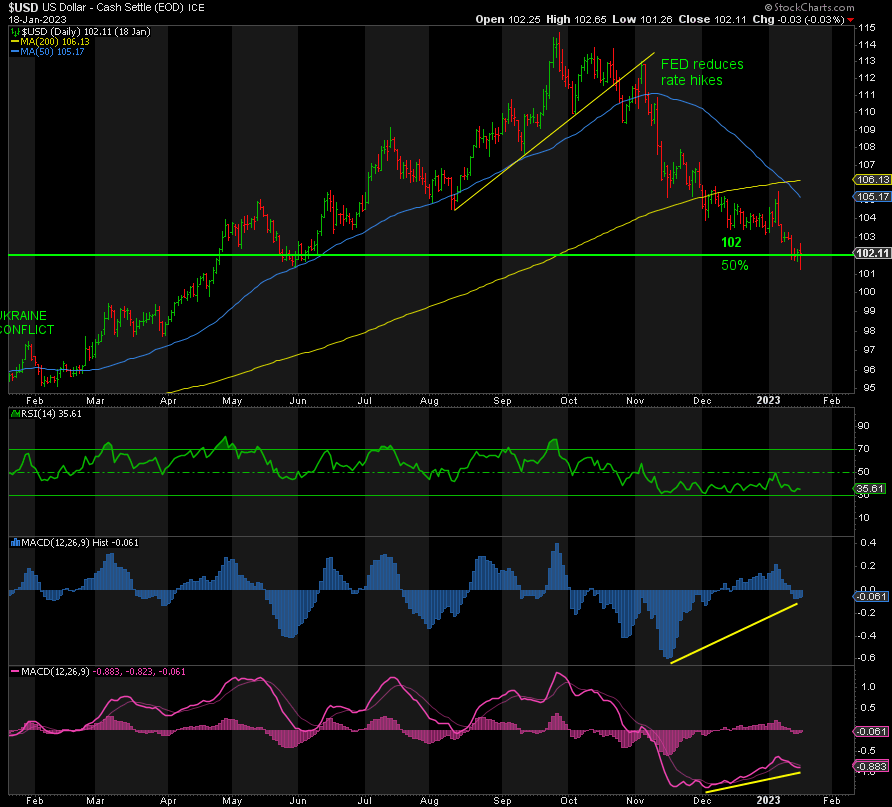 The decline was triggered by my definition of a Fed pivot, the Fed planning to continue rate hikes but at a slower pace, from 75bp to 50bp to 25bp and then pause. Just as in December 2018. I consider rate cuts and/or a return to QE to be a complete Fed “180”, which has hasn’t happened yet, but is inevitable once stocks or bonds crash.

The next rate hike is likely to be 25bp and it may be the last or we get one more. This is bearish for the DXY. So what could cause the DXY to rally and Gold to fall?

The 2007-08 Global Financial Crash was driven by the collapse of the housing market. But this had a massive domino effect on Banks holding mortgage-backed securities that were becoming worthless. The first to go was Bear Stearns in March of 2008. That’s when stocks began their crash. But it was the ensuing collapse of Lehman Brothers a few months later that accelerated stocks to the downside. I remember financial institutions going bust, being bought out, or bailed out, almost every other day after that: Countrywide, Household Financial, Merrill Lynch, Washington Mutual, AIG, going bust. But what did the DXY do? It rallied from 70 to 88. The dollar was considered a safe haven in times of stress, even if the US was the epicenter of the financial crisis spreading globally. It wasn’t until the Fed stepped in with QE in March 2009 that the DXY tanked again.

What happened to Gold during that period?

Yet again, Gold, the anti-dollar, moved inversely to the DXY in 2008. It followed stocks down until October of that year. Then it anticipated the QE to come and began its rally to new record highs in 2011.

I am not suggesting that this plays out the same way this time around, at least not yet. But what if we get another sharp drop in stocks as recession becomes obvious and the corporate earnings forecasts are dramatically reduced? What if the current bout of disinflation (falling inflation numbers) accelerates? This is not a pie-in-the-sky notion by any stretch of the imagination.

The Fed is still hiking rates and pursuing QT. Liquidity is still falling in the US and globally, with no help coming from Europe and Japan. Liquidity is all that matters to stocks since 1987 and certainly since 2000. A Ponzi scheme needs ever-increasing liquidity inflows to survive. Falling, or even stable cash flows guarantee its ultimate collapse. The economy is slowing markedly, corporate revenues and earnings are following suit, I would be surprised if we don’t get another sharp drop in stocks without a Fed 180 which is still some way off.

Switching back to the technical charts, the daily DXY is already showing nascent positive momentum and positive divergence in both MACDs, while the RSI remains in oversold territory. The more important weekly chart below shows a similar picture. The RSI and MACD Line are trending up from oversold levels. But it is the MACD Histogram that signals a rebound is coming. The only other time it has was this low since 1990 was in January 2001 when it rose from 109 to 121. It has already begun turning up. 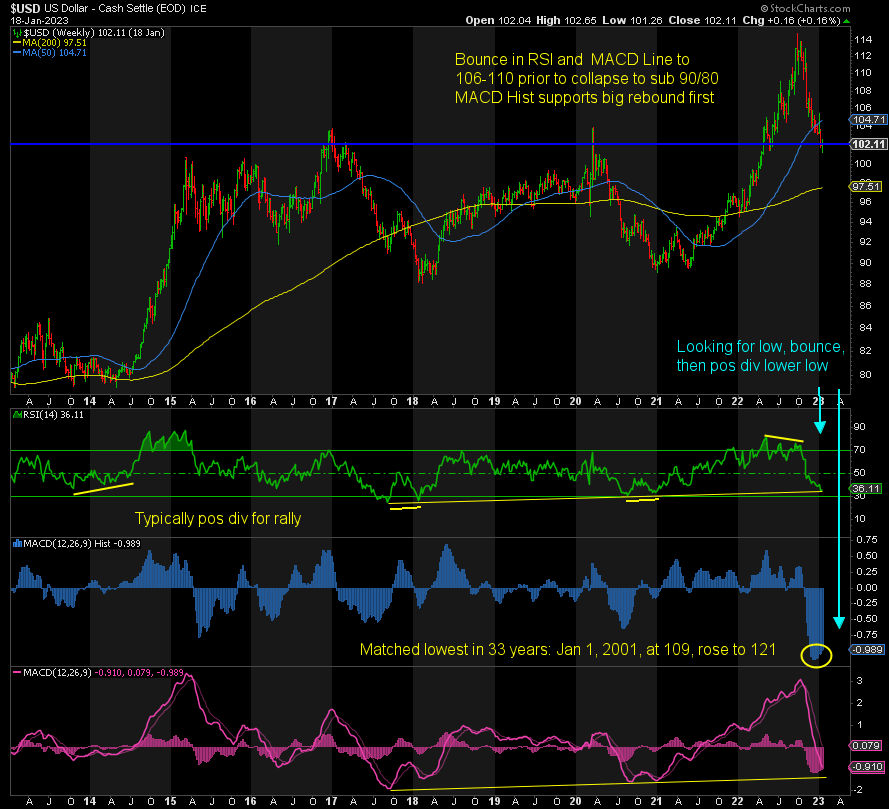 In summary, the DXY is just waiting for a catalyst for a rebound to 106-110 imho. A drop back to the 3600s in the S&P may be sufficient. When that happens, Gold and Silver will most likely head south, at least in the short-term, before they get wind of the inevitable Fed 180. Until then, the metals can continue higher.