It’s Just a Question of When 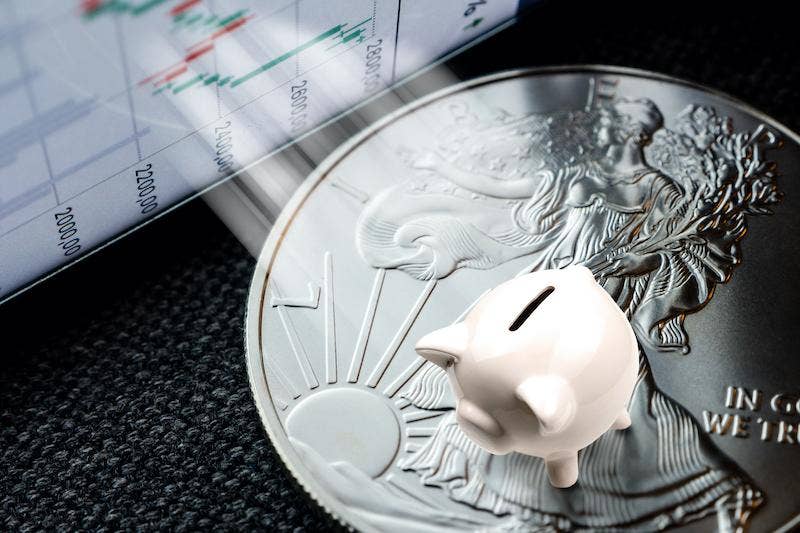 Paper Silver hit a short-term blow-off top at 30.35 last week, its highest level since February 2013. Then it fell 15% in just three days, back to the pivot level of 26. Since that knockdown, Silver has bounced—or more appropriately, crawled—its way back up to 27.87, now key resistance. It is now back down to around 27. 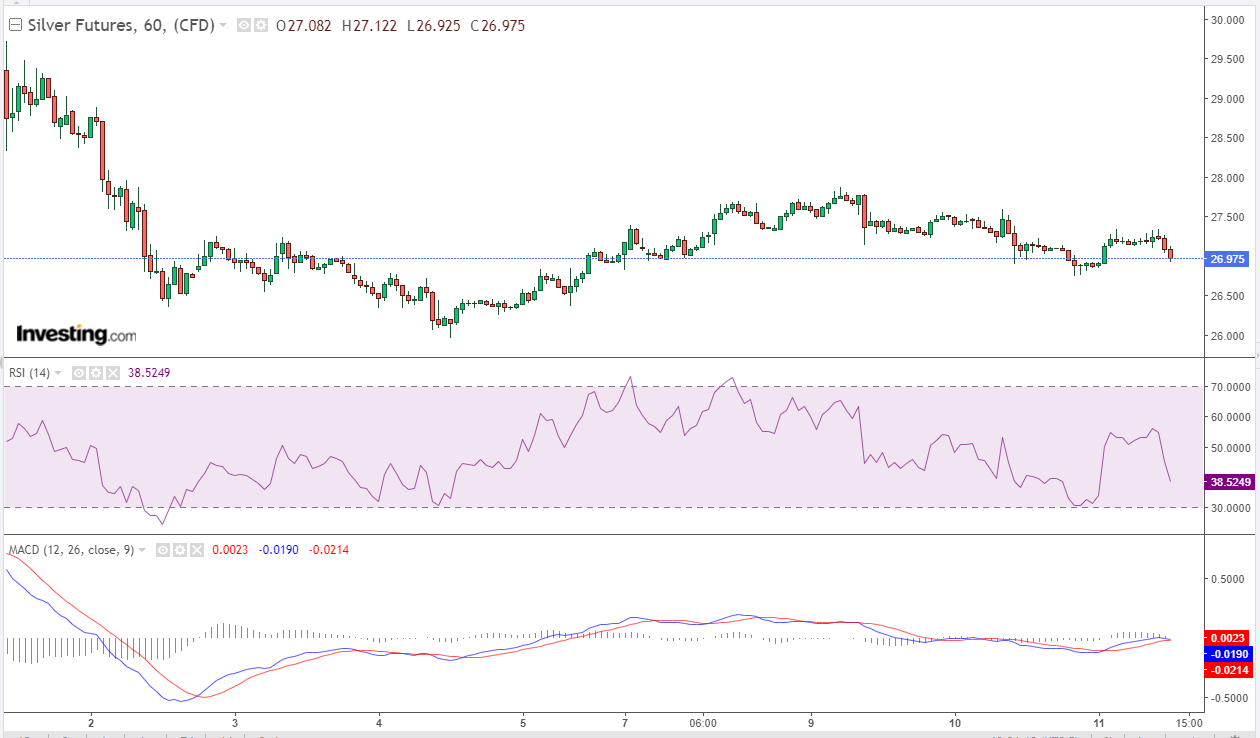 There are only two obvious scenarios in the short-term. The bullish scenario is that we break 27.87 and head up to test and break the prior peak at 30.35. This would trigger the spectacular rally I have been waiting for (and which is inevitable, imho) to $40-50, near the all-time high. The bearish scenario is that we break support at 26 and drop down to a minimum of $24, worst-case $19 or somewhere in between, before that rally begins. Again, just very different routes with the same destination.

The bearish scenario is supported by the fact that sentiment remains extremely bullish despite the recent dump. Sentiment is a consistent, time-tested, contrarian indicator in Gold and Silver, and it still signals trouble ahead. Said simply, the ideal conditions for a massive rally in Silver are capitulation, pervasive bearishness following another sell-off to the point where everyone throws in the towel, and Silver becoming extreme oversold in the process. This creates the fuel for the explosive move higher to follow. However, the markets don’t always make it that easy for us, and sentiment can take a back seat to the overall trend, in this case, higher!

The other big issue for Silver is that the Big Bullion Banks remain significantly short the metal on the COMEX. 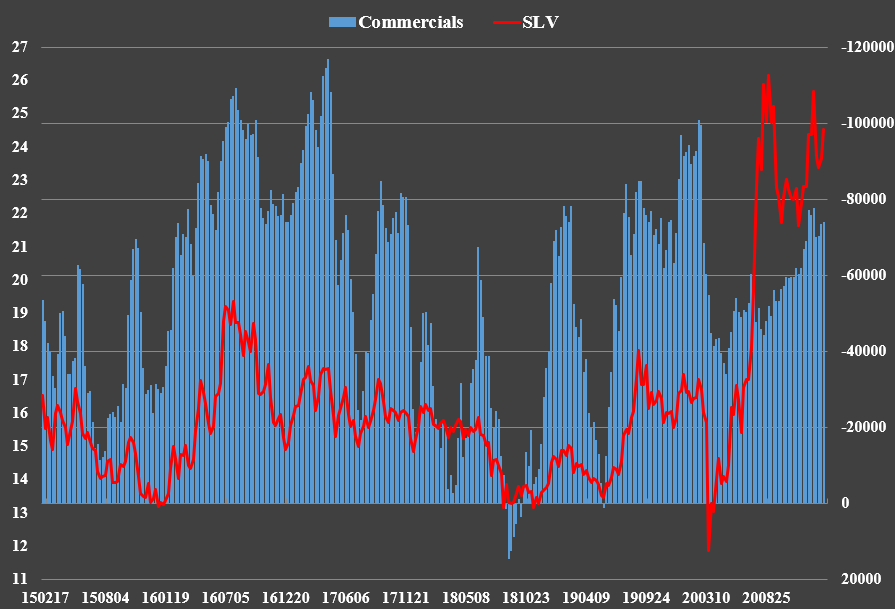 They stand to lose billions if Silver shoots higher from here. It is not in their best interest to see higher Silver prices until they can close out their short positions or even get long. They would like to see another sell-off to enable them to cover their shorts before the next rally occurs. While the banks don’t always get what they want, they typically do. Could this time be different? Sure.

All we can do now is remain patient as always and watch to see which level breaks first, 27.87 or 26. Price tells all at the end of the day. 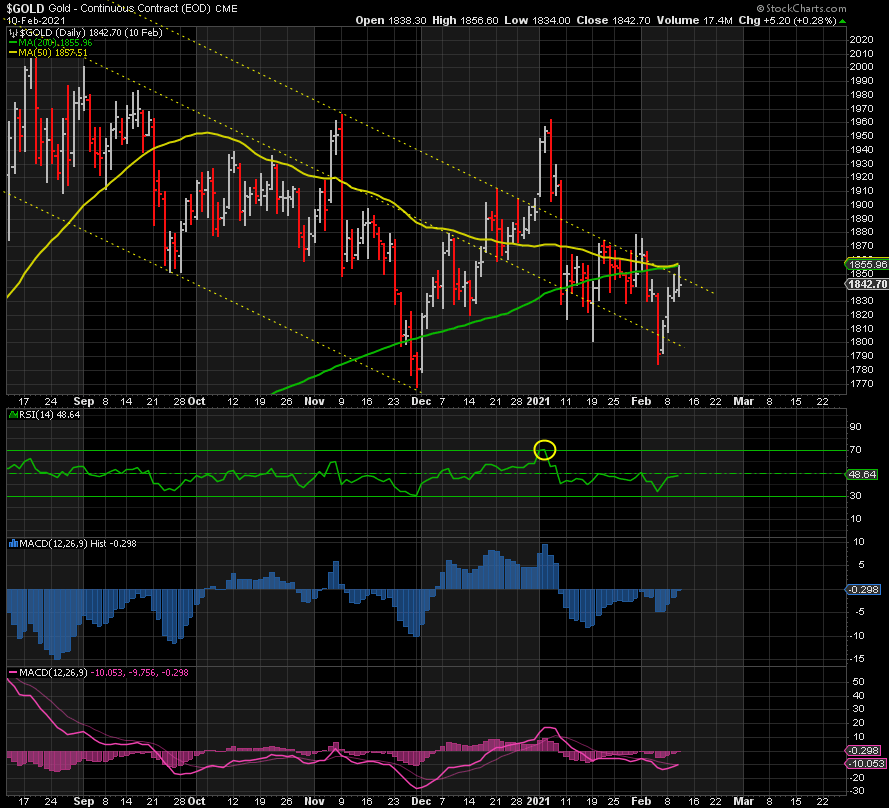 Meanwhile, Gold, which has significantly underperformed Silver for quite some time, is due to outperform it in the short-term based on the Gold:Silver ratio. Although it has bounced off its higher low of 1784, it has run up against both its 50-Day and 200-Day moving averages as resistance, around 1856. If it breaks through there, the low is likely in place and we’re heading back up to new highs in the 2000s. Initial confirmation would be a close above 1880. However, it could fail at the first attempt and head back down, perhaps to lower lows. This would add pressure to Silver, especially given support in the Gold:Silver ratio going back to 2013. 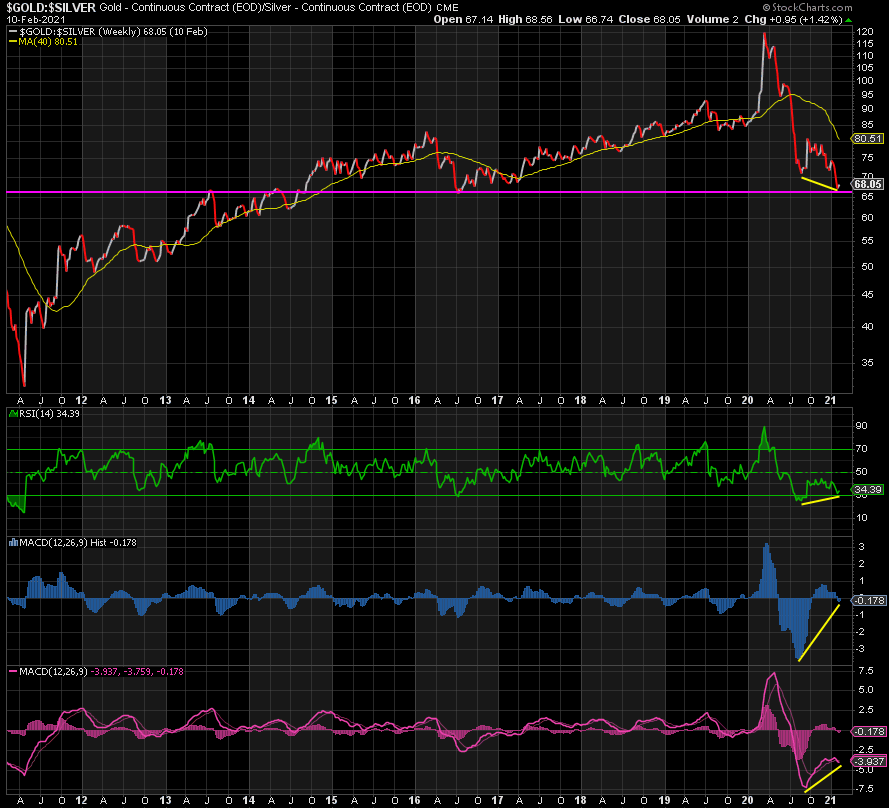 In summary, watch for a break and close above those moving averages to signal the all-clear. So far, it doesn’t look so good, but it could just be the failure on the first attempt, we get a higher low, and then we break them the next time around. 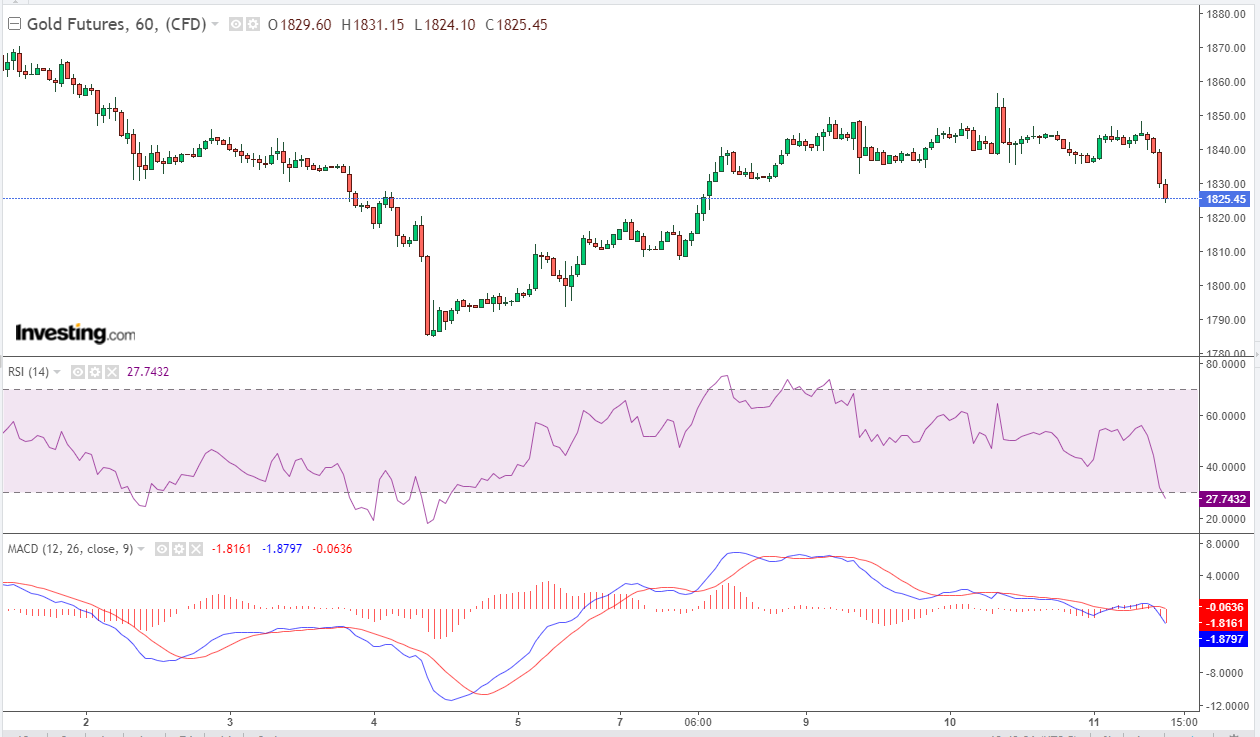 With all that being said, at the risk of sounding like a broken record, all we’re talking about here is different routes with the same destination: HIGHER! Either we go straight up from here, or we get one more punishing sell-off to squeeze out all of the weak longs and enable the Banks to get out of their short positions. Either way, I am expecting the next major peaks in Gold and Silver to be above $2300 and $40 respectively.