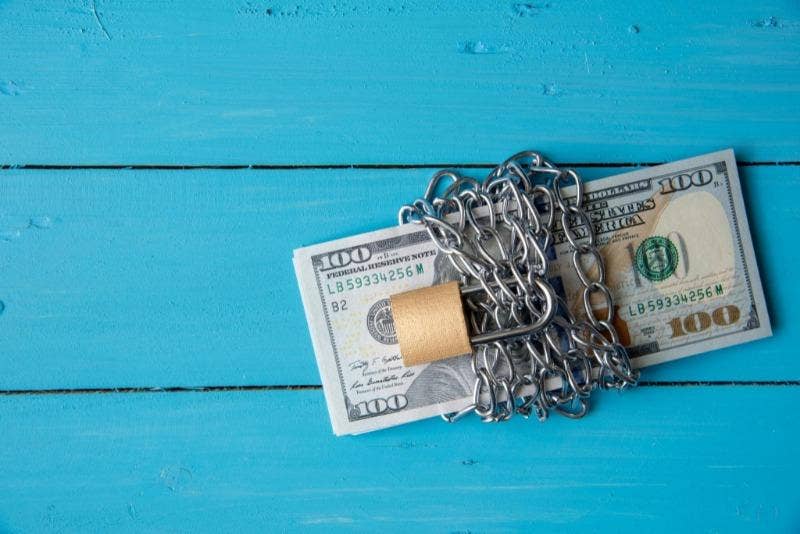 The global trend toward de-dollarization has been ongoing for over a decade, and it stands to get a massive push forward if the Ukraine Crisis boils over into hot war and, consequently, the United States attempts to remove and exclude Russia from the SWIFT system of international financial settlements.

At TFMR and here at Sprott Money, we've written about this global trend of de-dollarization for years. This movement has periodically been a key focus for gold prices and was one of our "three themes" for gold in our 2018 macrocast.

With events accelerating toward open conflict in Ukraine, we should take a few minutes to view this crisis through the lens of de-dollarization. First, here's an article that we published here at Sprott Money in August of 2018:

• The Trend Toward De-dollarization Accelerates

From around that same time, check this article that was published on the website of the mainstream U.S. financial network, CNBC:

And here's one more. This is from the international analyst Jim Rickards, who has also been monitoring these de-dollarization trends for years:

• The World Is Ganging up Against the Dollar

So, why is this an important topic to revisit today? Because in the growing concern over hot war in Ukraine, the United States is once again threatening to exclude Russia from the SWIFT system.

• What a Disconnect From Swift Would Mean for Russia

Though recent statements have suggested a Russian exclusion from SWIFT would not be "in the first phase" of sanctions, the possibility definitely exists:

And exclusion from SWIFT has long been a threat that the U.S. and NATO have used to dissuade any new Russian involvement in Ukraine. This podcast from January 2015 is something you should listen to in its entirety, but if you're short on time, fast forward to the 20:00 mark to hear the preeminent Russia expert, the late Professor Stephen F. Cohen, explain how Russia is likely to react in such a situation:

For precious metals and commodity investors, why is the movement toward de-dollarization so important? Again, remember that the U.S. dollar is the global reserve currency and its use in international settlements creates massive demand for it. If the U.S. decides to use SWIFT as a weapon of sanctions, it only serves to create demand for a separate international payments system...one which is not dollar-based. As competition takes hold, demand for dollars drops. As demand for dollars drops, the value of dollars decreases. See this screenshot from that August 2018 Sprott Money post linked above. 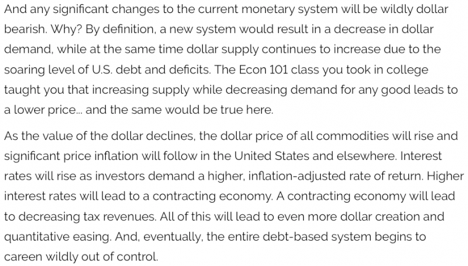 So watch the news closely in the days ahead. First, we should all pray that war fears ease and a peaceful solution is found for the current conflict. However, the movement to sanction the Russian economy may continue regardless, and if that happens, the global trend toward de-dollarization will likely take a giant step forward.