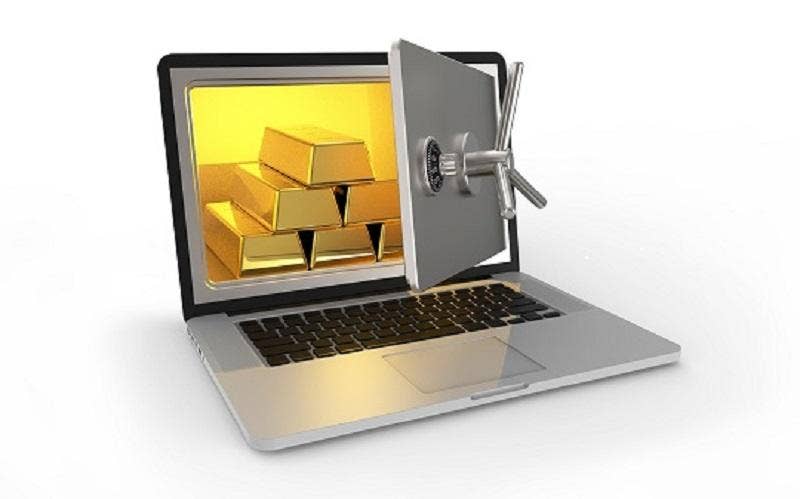 Just like two weeks ago, premiums are expanding again between the spot price for gold and the front month futures price. It was generally accepted two weeks ago that this was a signal of physical tightness that was soon to be resolved, because the gold was simply "in the wrong place". By this logic, it must still be.

Let's start with the basics so that we're all on the same page.

There is the spot price. This is recognized at the XAU/USD, and you'll see this price quoted at most bullion dealer websites.

There is also the front month futures price. Since I've always been a trader—and since the "futures tail wags the spot dog"—this is the price we quote and chart daily at TFMR.

Typically, and almost always in the past, these two are within a couple dollars of each other. As you can see above, as of this writing they are not, with a $38 spread between the two. And that's down from nearly $70 Monday evening, when the Jun20 hit a high of $1742.

Arbitrage SHOULD close this gap and SHOULD have kept it from opening in the first place. What is that? Theoretically, a party SHOULD be able to buy 100 ounces at spot and at the same time sell a futures contract. At settlement, this trade would eventually pocket that $38 spread for a cool $3800 profit. That SHOULD be an easy, riskless trade, and the result SHOULD be a narrowing of the spread back to near zero.

However, the spread persists. Oh sure, it collapsed early last week from $70 on March 24 back to zero on March 31—likely due to that arbitrage as the Apr20 moved into delivery. But now here we are again with the same spread blowing out to $70 once more. No doubt SOME arbitrage is what has since pulled it back to under $40, but THE PRIMARY QUESTION is WHY does this condition persist?

Two weeks ago, we were told by the System Apologists and Shills that the spread was a one-time deal caused by "gold being in the wrong place". OK...but that should be fixed by now, shouldn't it? The CME went to great lengths to amend the delivery procedures of COMEX contracts to include fractional ownership of London bars. That supposedly solved the problem. Oops. I guess not.

To me, this recurring spread between spot and Jun20 is a sign of ONGOING tightness and, more importantly, LOSS OF CONFIDENCE in the fractional reserve pricing system. Why? Because the ONLY reason someone wouldn't immediately execute the arbitrage trade described above is out of fear that you won't have the 100 ounces in hand when the time comes to deliver it in June. Again, that's the ONLY reason. Otherwise, it's a riskless and easy trade...so easy that the spread prior to last month was almost always just a few dollars.

And now here's something interesting to chew on: There's a spot price for silver, too. You can find it under the symbol XAG/USD:

That's a spread of 37¢ or about 2.5%. Same as gold! So is the problem that "the silver is just in the wrong place", too? Or again, is this is a CRISIS OF CONFIDENCE? The May20 goes into "delivery" in three weeks, so this should be another remarkably simple trade. Buy 5000 ounces at $15.22 and sell a COMEX contract at $15.58. Deliver your silver in early May and pocket $1800. Do this 100 times and pocket $180,000! So why aren't enough parties willing to do this and close the spread? Because OBVIOUSLY there's not sufficient confidence that the silver bought at spot today will be handed over in time to deliver in New York in three weeks hence.

But now here's the problem for all of us...

This situation has placed prices into a sort of No Man's Land. The paper price moves up, but spot doesn't follow 1:1. Eventually (at about $70 in gold, I guess), the profit potential becomes wide enough to outweigh the risk, the arbitrage trade begins, and the futures contract comes crashing back down. If spot had followed Monday evening, the Jun20 might have continued to rally. Instead, and just like two weeks ago, we got this:

This also opens another manipulation window for The Banks and the BIS. How? Why? If you want to control the futures prices, just sell a little physical gold (and silver) and spot. Widen the gap versus futures enough that the arbitrage eventually kicks in and the Jun20 comes crashing back down.

Does this mean that prices can't and won't go higher from here? Of course not! Runaway rallies may be difficult to sustain, but the ever-growing realization that QE∞ is upon us will continue to provide a bid for gold and silver in all their forms. Already, in just the twelve trading days since QE∞ was announced, check these returns:


So be patient. Understand that demand is increasing for gold and silver in all their forms. Prices of precious metal and the miners will continue higher as 2020 progresses, regardless of the efforts of The Banks and the LBMA/CME to sustain faith in their fractional reserve and digital derivative pricing scheme.