A Lion in Fiji: Berukoff Touts Buried Gold, Out of Country - Peter Diekmeyer 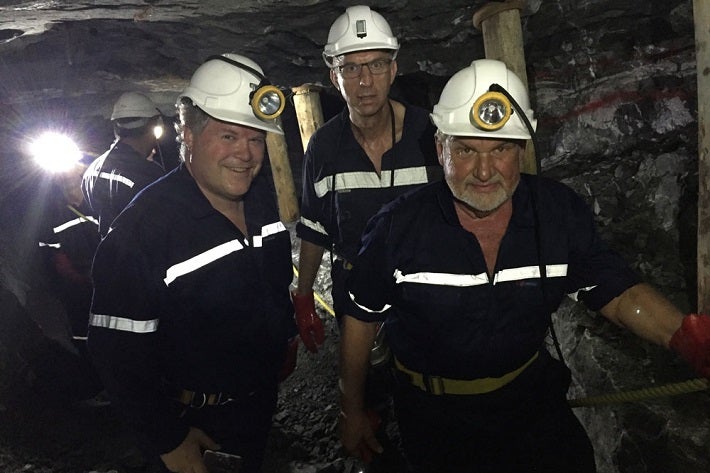 Walter Berukoff, CEO of Lion One Metals, illustrates in two sentences his fondness for precious metals. âMy grandparents came here from Eastern Europe,â he explains. âWhat they brought with them was their gold.â

They explain in part Berukoffâs penchant for international opportunities, the latest of which is the Tuvatu gold play in the South Pacific Fiji island chain.

Despite recent pullbacks, junior mining stocks, like Lion One Metals, - which is up nearly 300% since January - have made big gains this year. Many provide surprising diversification characteristics and excellent upside leverage to price increases in the underlying metals.

âThe value of paper money is disappearing and I own physical bullion.â says Berukoff. âI donât keep it in a vulnerable place where governments can take control. That gold in the ground (Tuvatu) is my (money) in the bank.â

A Lion in Fiji: buried gold

Berukoffâs parallel between an undeveloped gold resource like Tuvatu, and metaphorical âburied gold,â is a useful one.

Thatâs particularly true for precious metals investors, for whom the collective memory of FDRâs seizure of Americansâ gold during the Great Depression â the countryâs last period of âsecular stagnationâ - is forcing them to be increasingly creative in their hedging strategies.

Big opportunities: but not for everyone

While junior mining stocks have excellent qualities, they are not for everyone. Fiji, for example, where Lion One Metalsâ Tuvatu play is located, underwent a coup as recently as 2006. The situation has stabilized somewhat. Elections held in 2014 were reported by a multinational observer group to have been conducted fairly.

Yet while international investors fled the country in the wake of the coup, Berukoff headed straight there.

âI got the deposit for pennies on the dollar,â said Berukoff, who has done business in areas ranging from developed economies to trouble spots like Russia, Sudan, East Africa and Cuba. âFiji has a long history as a British colony and a rule of law tradition. There is political risk anywhere you go. But I had a good feeling.â

Berukoffâs patience looks to be paying off.

During recent months Lion One Metals officials claim to have significantly de-risked Tuvatu, which is located adjacent to the Vatukoula gold mine, one of the oldest and best producing mines in the South Pacific.

In August, Lion One Metals inked a memorandum of understanding with Ansteel-CapitalAsia, which would see the China-based player finance 80% of the capital expenditures needed to get the project up and running. In September Lion One Metals announced a $38 million private placement, by several large institutional investors, to help fund the rest.

That said, starting up a gold mine, even a fully permitted one like Lion One Metalsâ Tuvatu project, which is next door to a long-term producer, and thus can benefit from considerable existing road and other infrastructures, is no easy task. Input costs can go up, gold prices could fall, and even a minor official, who is slow to stamp the most mundane piece of paperwork, could prohibitively derail the process.

Experts thus say that when you buy stock in a junior mining firm, what you are really buying is not the asset itself, but the management team.

CEOs like Berukoff, who owns nearly 20% of Lion One Metals, and thus has âskin in the game,â are particularly prized, because â unlike the bonus-bumped âhired helpâ that runs the majors â they ride in the same car as shareholders.

Berukoff also has another asset prized by investors: strong hands-on experience in the sector. He was an early investor in a slew of projects and companies ranging from La Mancha, to Northern Orion and Miramar. âI do everything,â says Berukoff. âI put together my management team, talk to local officials, make sure we get power (electricity access is a major issue in much of the developing world) â¦ I even go underground.â

In fact, even Berukoffâs most public challenge â his ill-fated investment in Leisure Canada, which sought to develop hotels and other properties in Cuba â isnât necessarily the setback it may appear to be. In fact one of the best predictors of entrepreneurial successâ¦ is a previous failure.

The good news, is that once first pouring approaches, juniors - particularly those like Lion One Metals that donât sell their production streams away â generally have strong upside leverage should the price of gold increase.

For example Lion One Metals officials project that the Tuvatu play will produce an internal rate of return of 52% if gold trades at USD $1,200 per ounce. However at USD $1,300 â an 8% increase â the companyâs projected IRR rises to 62% - a 20% increase.

As if that was not enough, that upside leverage doesnât include exploration opportunities on adjacent properties, which in the case of Lion One Metals, Berukoff believes are substantial.

Whether Berukoff can keep the Tuvatu project moving forward remains to be seen. If he does, early investors, particularly those who participated in the companyâs private placements and will thus generate increased upside from the warrants they were issued, will benefit big time.

Brent Cook, editor of Exploration Insights summarizes the stakes. âVery few deposits that are identified are eventually developed, due to costs, complexities and political hurdles,â says Cook. âThat means you need access to a good independent assessment of the geology of a formation before you decide to invest. However there are few good deposits being discovered so the upside can be substantial.â