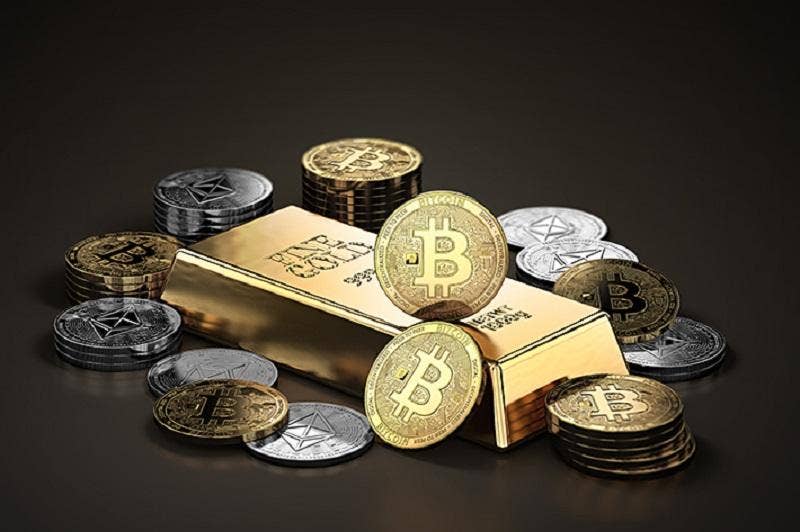 At Eric Sprott's urging, we've been monitoring the daily abuse of the Exchange For Physical process since late 2017. However, since late March, the daily totals have fallen off dramatically. Why?

Again, the "Exchange For Physical" process is an arcane feature of the COMEX futures market that allows a party to exchange a contract for "physical metal" off-exchange, usually in London. Abuse of this process accelerated in 2017, and we've been documenting the absurd totals for nearly three years. Below are just a few links to previous articles on this subject:

From that third link posted in December of last year, note this key passage on the enormous volume of these transactions:

And EFP abuse actually accelerated in the first three months of 2020. In fact, the first fifteen trading days of March alone saw a total of 290,847 COMEX contracts shifted off-exchange and "exchanged for physical". That's an average of nearly 20,000 contracts per day and more than 29,000,000 total ounces or over NINE HUNDRED METRIC TONNES in just fifteen days! In fact, just one day alone—March 12—saw 38,469 COMEX contracts "settled" this way.

But something has since changed. When The U.S. Fed announced QE∞ on March 23, it appeared to momentarily break the COMEX market. The spread between spot and futures exploded to nearly $100, and many bullion banks have since reported extreme losses in trading that day. The most notable is HSBC, which is said to have lost as much as $200,000,000. See this link: https://uk.reuters.com/article/uk-hsbc-gold-filing...

So what's going on here?

Well, it's clear that the bullion banks were abusing this process to make a steady, simple, and relatively risk-free profit each day by arbitraging the price fluctuations between New York and London. In essence, buying or selling a COMEX futures contract in New York and then selling or buying a spot contract for delivery in London and capturing the spread between the two. If you're HSBC and doing this with 10,000 contracts, a simple $2 spread nets you a tidy $2,000,000 profit. Good work if you can get it.

All is well and fine for this trade so long as there's physical metal to deliver versus your spot sale—and this is where the entire machine fell apart in late March. Many mints, mines, and refineries were closed due to Covid-19, and the supply chain of physical metal to the highly leveraged global gold market broke down in spectacular fashion. Without physical metal to deliver, the bullion banks playing the EFP game were forced to close positions in a true short squeeze. The result? It wasn't just HSBC that (literally) took it in the shorts. See this regarding CIBC: https://www.reuters.com/article/us-cibc-gold/canad...

And now there are multiple reports of bullion banks closing up shop in New York and moving their trading operations to London and elsewhere. Did this collapse of the easy money COMEX EFP trade facilitate these moves?

So what does this imply for the highly levered derivative contracts of the COMEX? In March, the CME Group was quick to rush a new contract into existence designed to satisfy delivery demands with fractional ownership of London Good Delivery bars. So far, however, demand for this contract has been abysmal, with only a paltry twenty-five contracts currently being issued and held.

Thus, are the days of the COMEX's role in maintaining the fractional reserve and digital derivative pricing scheme coming to an end? Maybe. Perhaps almost certainly if the global supply of gold doesn't increase, which might allow for a return of counter-party confidence across the exchange. In the meantime, perhaps a different exchange will soon offer a competing futures contract to rival the COMEX? From the Reuters article linked above:

Whether or not a new/different futures exchange moves to the forefront, the bullion banking system has certainly received a shock and a warning shot across their bows for the future of their business. To wit, if The Banks continue to maintain their levered short positions, they can expect even more massive losses in the future when physical demand finally imposes a deleveraging upon the system. The carnage of March 23 appears to have set a process of change into motion. It will be great fun to witness how this plays out in the months ahead.

ursel doran
Reply
You indicated, but did not make it clear, that the transactions were ONLY for contract churn, and NO PHYSICAL DELIVERY occurred. Clarify if possible please. One of your associates there wrote an article on the Chinese buying the two vaults in London, and the JPM vault in N.Y. Could you please send a link to that article of many weeks ago.
Reply
Leave a Comment

News
332
The Convicted Criminals of JP Morgan
By Craig Hemke
News
1917
Higher Highs Ahead but Running Out of Steam
By David Brady
News
1007
After The CPI, Watch the Bond Market
By Craig Hemke