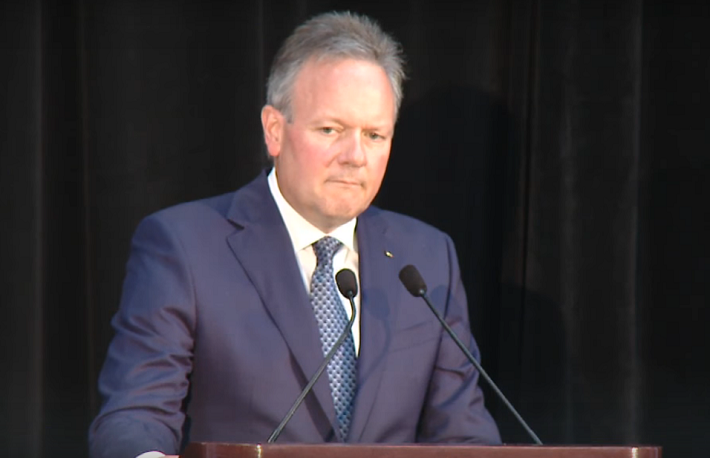 Next week’s Bank of Canada policy conference appears set to deliver standard talking points. Not a single free market economist has been invited and a BOC spokesperson confirmed that the alternative-financial press is also being shut out.

Bank of Canada economists emerged from the 2008 financial crisis red-faced, after having failed to predict the event in advance, despite the clear warning signs and having some of the country’s most respected practitioners on staff.

The BOC then had to bail out Canada’s big five banks, whose solvency the monetary authority is charged with overseeing.

Things do not appear to have improved much under the reign of Stephen Poloz, its current Governor.

The Bank of Canada ranks last among the G-7 central banks in terms of its gold holdings, this during a time of record high Canadian household debts and one of the planet’s biggest housing bubbles.

There are also increasing questions regarding Mr. Poloz’s “trickle down” economics strategy, which consists of leveraging “considerable economic stimulus” to boost asset prices, in the hope that a resulting “wealth effect” will trickle down to the poor and the young.

A quick look at the presenters at the upcoming event reveals the usual “broad range of opinions” that Canada’s central bank consults.

The 20 panelists, almost all of whom are financed or regulated by government, include:

Bank of Canada officials were unable to identify a single presenter who had published a paper about a free market thinker (Eg. Ludwig von Mises, Murray Rothbard, Nicolai Kondratieff or Carl Menger etc....) during the last ten years.

In fairness to the Bank of Canada, free market thinkers have been essentially banned from public discourse in Canada.

Universities refuse to hire them and major “business” think tanks such as the C.D. Howe Institute and the Fraser Institute, are stuck fighting rear guard actions against the state, and are thus forced to spend a huge proportion of their meager funds on technical specialists, who try to come up with creative arguments for relief from various regulatory clauses.

The upshot, is that the best they can hope for are incremental successes in holding back a ravenous state, which now eats up half of the country’s income.

That said, according to Tim Moen, leader of the Libertarian Party of Canada, the Bank of Canada has never once asked for the names of possible panelists or outside opinions. Redmond Weissenberger, president of Mises Canada, also confirmed that he was not asked for input either.

The good news is that the Bank of Canada’s event will be covered by a select group of mainstream media. They will no doubt compensate for the fact that the alternative financial press has been shut out of the conference due to a “lack of space.”

Poloz’s favorite “by invitation only” news sources include:

(Full disclosure, this writer has contributed to several of these publications).

The other good news is that parts of the event will be podcast.

Questioners will of course need to be able to frame technical queries about “dynamic stochastic general equilibrium modelling” and the differences between the BOC’s half dozen key inflation indicators into 140 characters or less.

The best news of all though is that the BOC’s platoon of government and academic theorists have developed a model that shows that this can be easily done.

M. Walker
Reply
They still lie and say they didn't bail out the banks. Getting rid of Central banking should be a world wide effort. Leaching off economies by private interests through income taxes enslaves the populace by not allowing them to accumulate their wealth.
Reply

J Williams
Reply
"There is no longer any excuse for making the same mistake with economic theory. For more than a century, the public has been warned, and the way forward is clear. It’s time to stop wasting our money and recognise the high priests for what they really are: gifted social scientists who excel at producing mathematical explanations of economies, but who fail, like astrologers before them, at prophecy." By fetishising mathematical models, economists turned economics into a highly paid pseudoscience.
Reply

Joe
Reply
So when will the BOC follow the law and resume their own mandate of creating interest free currency and providing the provinces with interest free loans for infrastructure as they did from 1867 to 1974 and developing only an 18 billion dollar debt over that time?
Reply
View more

BRF
Reply
What else would one expect from a BIS franchise? While free market ideologues are shut out so are a great many other equally important points of view. Oh for the days when the BOC created about 35% of Canada's money supply practically debt free.
Reply

Peter Diekmeyer
Reply
Hi Guys, Just a quick note to thank you all for your comments. Covering the BOC on-site has been a huge eye-opener. The potential economic misallocations, distortions, naiveté and group think there are mind-boggling. Worse than I ever dreamed possible, and I have been covering central banking for some time. My suspicions are that this column just touches the tip of the ice-berg. Stay tuned, and get ready to pop some Red Pills. Peter Diekmeyer
Reply
Leave a Comment