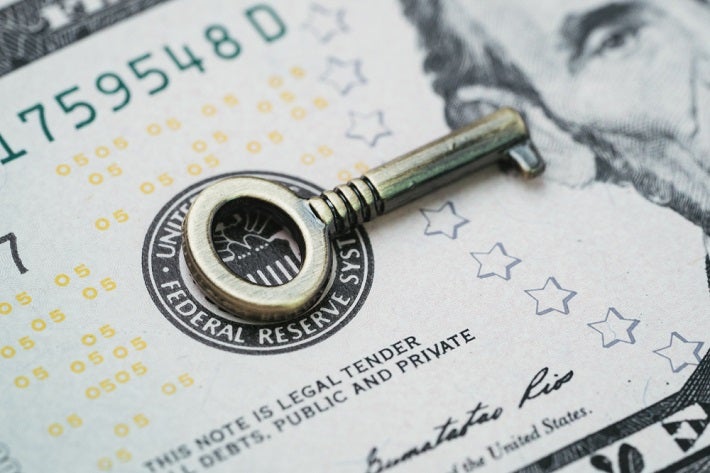 Precious metals prices have rallied in 2019 as global central banks reverse their policies of tightening and rate increases. And now even more rate cuts and restarted QE are on the way.

If anything, none of this should come as a surprise to regular readers of these weekly updates. Though nearly every Wall Street economist was forecasting rate hikes in 2019, we stood firm with our forecast of recession and rate cuts. Even as late as May, there was some doubt that this year was unfolding in a manner similar to 2010. There's not much doubt remaining now.

After a sharp bond market correction in September, Chairman Powell tried to make the case that The Fed had found a new "neutral" rate at 1.90% fed funds. He even stated that the FOMC would henceforth be "data dependent" when considering more rate cuts. Even though this is a laughable notion, let's take him at his word and check the "data" that has flowed in since the FOMC meeting that concluded three weeks ago.

First, check the most recent U.S. macroeconomic data that was released last week. BOTH the service and manufacturing sectors saw steep declines in their purchasing manager indices. If you missed this news, summaries are linked below. Beware, however, this data is not for the faint of heart.

And now this week has brought us the latest U.S. inflation data, with the Producer Price Index for September released on Tuesday and the Consumer Price Index due to be released on Thursday. The PPI was an absolute disaster for the inflation-loving Fed, as it not only showed zero price inflation at the wholesale level, it actually showed significant price deflation with a reading of -0.3%! Just as we expected, The Fed has crushed the U.S. economy by attempting to raise interest rates and drain the money supply. The resultant deflation will force The Fed's hand going forward.

And you can already see this reality setting in within the U.S. bond market. Chairman Powell thought he had found that new "neutral rate," because the yield curve had moved from inverted to flat. Back on September 18, when Powell and his FOMC last met, the U.S. curve looked like this:

And now three weeks later...after all the data that is allegedly so important going forward?

So, just as we wrote here (https://www.sprottmoney.com/Blog/the-yield-curve-knows-craig-hemke-13.html), The Fed has once again painted itself into a corner of its own making. By foolishly attempting to raise rates and drain liquidity in 2017 and 2018, they now can't cut rates and add liquidity fast enough to maintain any sort of economic growth. Another 25 basis point fed funds rate cut is coming later this month, and another will follow in December...but it won't matter! The bond market will continue to move away from them, and the goalposts of a "neutral rate" will remain consistently out of reach.

The Fed and the other global central banks are trapped. In the months ahead they will cut rates to zero again, with many of these con artists actually championing the idea of negative rates as a cure for all their ills. It won't work.

What will work is physical precious metal as a hedge against this madness. Already, the price of gold has reached new all-time highs in over seventy currencies. New all-time highs in dollar-priced gold are a near certainty in the months ahead. Thus NOW is the time to begin acquiring physical gold (and silver). If you already own some at a higher price, NOW is also a good time to stack even more and lower your cost basis through dollar-cost averaging.

Either way, only physical precious metal can protect you against the foolish delusions of the central bankers. These charlatans will attempt to preserve their power through all means necessary, and if that means total destruction of their fiat currency and its purchasing power in the months ahead, then so be it. Take heed and prepare accordingly.