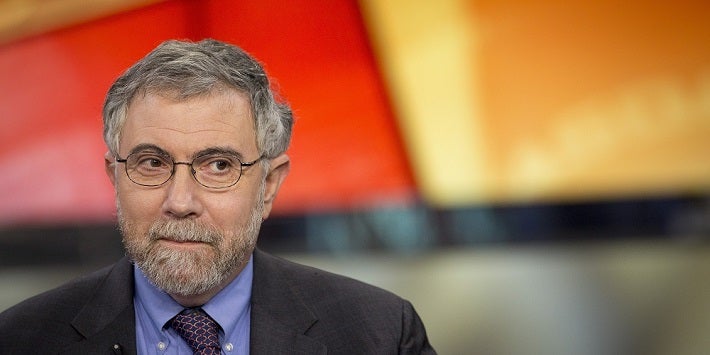 Leading economic indicators suggest that the Republicans are headed into the fall mid-term election season with the wind at their backs.

Real GDP growth hit 4.1% during the second quarter. The unemployment rate recently slipped to 3.9%, and the US Federal Reserve is finally starting to meet its inflation targets.

Things are so good that U.S. president Donald Trump calls it “the greatest economy in the history of America.”

Yet while all appears well on the surface, there are growing concerns among gold investors about the sustainability of the current pick-up.

Works well in practice… but does it work in theory?

Part of the problem relates to the old joke about French university professors. “It works well in practice,” they reportedly ask. “But does it work in theory?”

The same question underlies Trump’s economic practices. They are clearly generating short-term results. But they don’t appear to adhere to any underlying philosophy.

Republicans liken Trump’s tax cuts and his deregulation efforts with policies implemented by the Reagan Administration. However, the comparison is far from perfect.

For one, the Trump Administration’s growing tariffs on imported goods, which amount to hidden sales taxes, are gradually undoing the effects of his earlier tax cuts.

Worse, the Trump Administration’s practice of choosing which sectors will benefit from protective tariffs and which won’t amounts to a drastic increase in government intervention in the economy.

Taking a step back, Trump’s policies incorporate many of the “big government” themes advocated by mainstream economists from both major political parties during much of the past four decades.

For all of its talk of change, the Trump Administration appears to be following along, though at a cost. For example, government spending and the national debt are now higher than they were under the Obama regime.

The Congressional Budget Office projects that the U.S. government debt is on track to hit $30 trillion during the coming decade.

“Keynesian” and “supply side” economics on steroids

At first glance, comparing Trump’s polices (and those of his advisors, such as Larry Kudlow) with Krugman’s, whose ideas are more closely identified with those of the Democratic Party, seems ludicrous.

However, both schools of economic thought (broadly known respectively as “Keynesian stimulus” and “supply side economics”) amount to increasing government spending, shifting money to favorite interest groups and funding this through massive deficit spending.

During the current year alone, the U.S. government added nearly a trillion dollars in new debt.

It should thus hardly come as a surprise that America’s economy grew during the past quarter. As legendary investor Jim Rogers likes to joke: “Let me put a trillion dollars on a credit card and I will show you a really good time.”

The bad news is, while such policies give the appearance of working, it’s only because governments (as hard as this is to believe) don’t account for debt increases when they calculate GDP.

Richard Fisher, former president of the Dallas Fed, says that borrowing to finance government spending is like taking heroin. The trouble is that the U.S. economy needs increasingly larger doses to stay afloat.

More technically, the “marginal productivity of new debt” decreases over time. So, as the chart below (compiled by Real Vision) demonstrates, it takes more and more new credit to spur each new dollar of economic growth.

Critics argue that such policies are unsustainable and will eventually end in a deflationary collapse or hyper-inflation.

In the past, we have called Krugman’s advocacy—and that of much of the mainstream economics profession—for growing government spending, borrowing and system-wide credit at a faster pace than the economy itself, the “Krugman Con.”

Trump Administration’s recent moves suggest that it is fully on board.