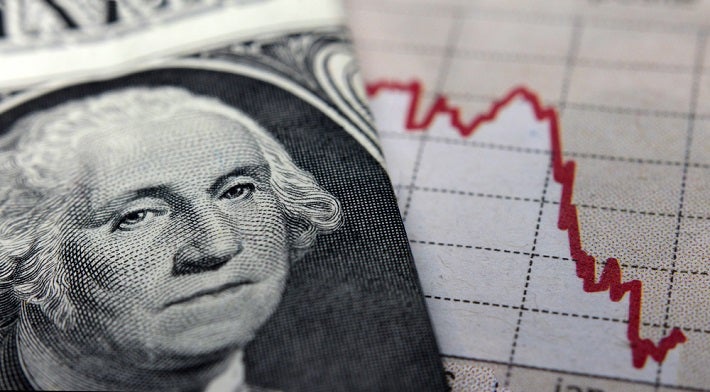 Over the past five months, we've frequently asked the same question:

What changed on September 8??

You may recall that September 8 was the day the bond market abruptly turned, taking with it the USDJPY and DXY. In the wee hours of September 8, the Dollar Index hit 91.01, the USDJPY hit 107.32 and, most importantly, the yield on the 10-year note hit 2.02%.

In the five months since, the dollar has rallied and then fallen to new lows. The USDJPY has rallied and fallen back, but the yield on the 10-year has risen to 2.88% with no end in sight!

And so: what happened on September 8?

We've asked this question repeatedly, and now we know we've had the answer all along. Our first inclination was that the Oval Office meeting between Trump, Pelosi and Schumer had changed the prevailing dynamic. As it turns out, we were right. Here's a list of links if you need a refresher:

It was this September 7 meeting that changed everything, and the action in the US bond market since then confirms it. There will be no more charade of "fiscal discipline": the US will cut taxes and raise spending, the future be damned.

We see confirmation in a collection of this week's headlines. The imaginary debt ceiling is being done away with. Trump has already signed a massive tax cut and is about to unveil $1.7T in new infrastructure spending.

In short, the US debt and deficit is about to balloon, likely exceeding $1T in this fiscal year and soaring past $1T in 2019 ... and these levels will only be this "small" IF the US avoids falling into recession. See these charts from ZeroHedge:

We have warned since 2010 that higher US long rates (what some call "normalization") can not be tolerated. Why? Because the line item of "interest on the national debt" will explode, and it will only accelerate the exponential debt/deficit explosion.

Well, it looks like we are about to see this happen. Please check the link below as it neatly summarizes the situation. I strongly urge you to read it and print it off for posterity.

And ALL OF THIS augurs for much, much higher gold and silver prices in the months ahead. Why? In short, the dollar will fall as debt explodes in a pseudo-hyperinflationary spiral of out-of-control fiscal madness. And this base reality doesn't even factor in all of the other political, geo-political and de-dollarization risks that are swirling out there! See this: https://www.sprottmoney.com/Blog/the-three-major-t...

In short, we now find ourselves back in 2010, and—not coincidentally—gold and silver prices are back to 2010 levels. The prevailing sentiment then was that spiraling deficits and massive QE would lead to rampant inflation, higher interest rates and higher gold prices. Direct Central Bank intervention managed to forestall this fate for over five years. However, the time to pay the piper has come.

For nearly eight years, we've warned that "The End of The Great Keynesian Experiment" is upon us. And now it most certainly is. Prepare accordingly.

JohnF
Reply
That is also the time frame that the Crypto's started rising - When it should have been Silver & Gold shooting to the moon. The Controlled Opposition Tricked Everyone into Crypto's.!!!!!!!!
Reply

Tony Space Spy
Reply
There are always more hats to eat, Turd. Let's hope this won't be another occasion for one.
Reply
Leave a Comment