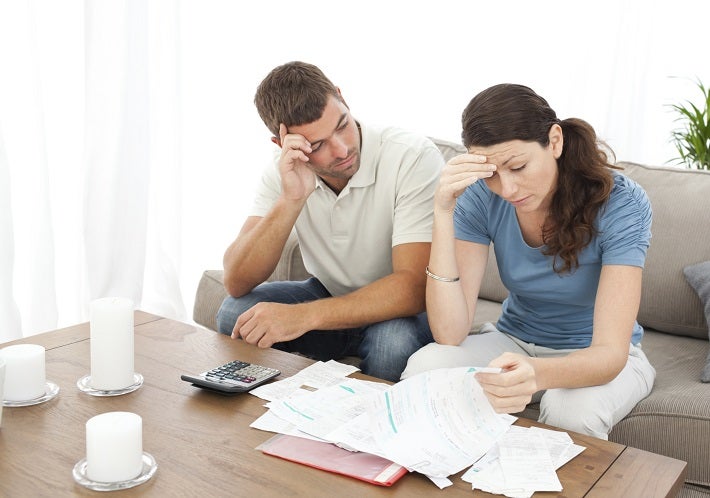 American financial advisors have tough jobs. It’s hard to keep clients happy when bond yields are near zero and stocks are trading at historic highs.

However, a quick look at the data suggests that there is a simple investment available to nearly 120 million Americans that will enable them to earn 15% risk-free, after tax, and in many cases, much more.

Yet, financial advisors are keeping quiet. So are politicians and big bank economists.

This column does not provide investment advice. That said, according to one expert, the best financial move most Americans could make would be to pay down their credit card balances.

“It seems obvious,” says Edouard Pahud, a Montreal-based financial and management consultant. “However, high current debt levels suggest that many consumers aren’t getting the advice they need.”

The stakes are huge. According to CreditCards.com, the average credit card interest rate was 15% last year. That means paying off a credit card balance equates to a 15% annual return.

Creditcards.com figures that the average American between the ages of 18 and 65 has $4,717 worth of credit card debt.

Worse, says Pahud, those interest costs come in “after-tax dollars”, which means that the real returns related to paying down credit card debt are much higher.

“A person in the 40% tax bracket would have to earn an extra $25 for every $15 he wants to pay down on his credit card loans,” says Pahud. “That means his real returns from paying down interest bearing credit card debt are near 25%.”

Why aren’t Americans getting the straight goods?

What is stunning is how few financial advisors are explaining this simple strategy.

According to the US Census Bureau, 183 million Americans own credit cards. Of these, around two-thirds (say 120 million) carry revolving balances and are thus subject to those high rates of interest.

Another possibility is that financial advisors, as a group, are just one example in an entire class of experts who aren’t giving Americans the straight goods.

For example, economists learn about the “Paradox of Thrift” in their first weeks of Econ 101, which states the importance of individuals paying down their debts. But when was the last time a big bank economist said that publicly?

Politicians know the dangers of high debt loads too.

However Donald “I am a low-interest rate guy” Trump would never risk telling Americans to pay down their debts in a forceful way, as that would hurt his election chances and his real estate business.

Trump is not alone. Politicians of all stripes quietly pray that Americans will borrow more, hoping that the resulting spending and economic activity will put voters in a good mood come election time.

Perhaps the worst culprits, though, are the nation’s teachers. Today’s high school graduates emerge from 12 years of drudgery knowing essentially nothing about saving and financial management.

What else aren’t they telling you?

Given the lousy advice Americans are getting, it’s hardly surprising that the American Association of Individual Investors calculates that two-thirds of clients don’t trust financial advisors to act in their best interests.

But there is a lot more at stake than just credit card balances.

Because if financial advisors aren’t providing advice about a simple trick that will help earn clients a 15% (and in many cases 25%) risk-free, after-tax return, maybe they are missing other stuff, too.

We don’t take a position on this.

However, investors would clearly be well-served by asking harder questions of all their experts and leaders.

Rocky
Reply
Same could be said for medical advice. No one wants to speak the truth due to Conflicts of interests. It's the way the world is.
Reply