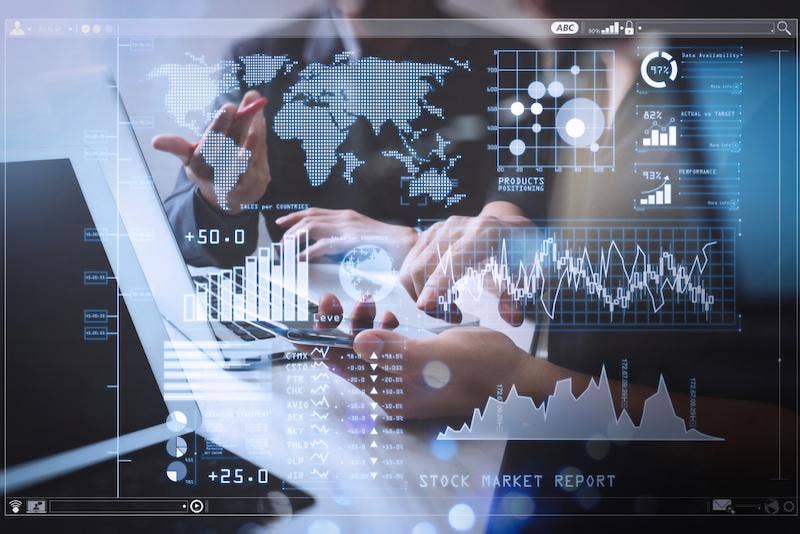 So what did Powell say? Perhaps more importantly, what did he not say? And what happens next? Let's discuss that today and begin to look ahead.

If you follow these weekly articles, then you'll recall that last week's focus was a preparation for Fed Chairman Powell's remarks at The Fed's annual Jackson Hole symposium. Powell's speech was last Friday, so links to last week's post and the text of Powell's speech are below:

We wrote last week that the recent price action in COMEX gold seemed to indicate that Powell was "leaning toward taper postponement", and that's exactly the direction he went. Again, you can read the full text of Powell's remarks through the link posted above but, to save you time, here are his concluding paragraphs, which are relevant to where we head from here: 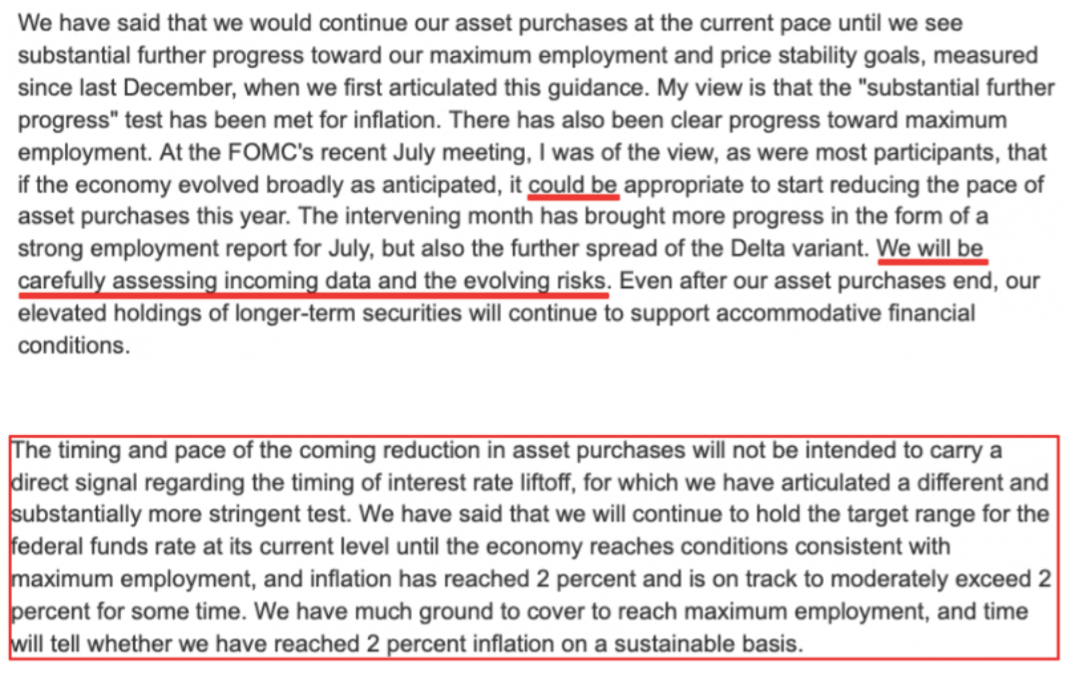 Powell has quite clearly set the table going forward. Yes, some sort of reduction in the $120B/month of treasury and MBS purchases may be coming BUT ONLY IF "substantial further progress" is made economically, particularly in the U.S. job market.

Therefore, this Friday's U.S. jobs report will be critical in the short-term for both COMEX gold and COMEX silver. Regardless of the birth-death adjustments and seasonality factors, if the total "new jobs" number comes in near the current rolling three-month average of 800,000+, the markets are going to assume that some sort of taper schedule will be released at the conclusion of the September FOMC meeting in two weeks. This will very likely lead to a spike in the Dollar Index and a sharp drop in the COMEX metals that erases all of last week's gains.

If, however, the jobs report comes in below or well-below expectation, the reaction will likely be the opposite. The markets will consider a taper plan to be off the table for now, and the reaction in the COMEX metals could be significant.

Last week, we discussed the hurdles and possible milestones ahead of COMEX gold should a rally develop. To reiterate, any sustained move above the 200-day moving average in Dec21 COMEX gold should bring a test of the $1840-level highs of late July and early August, and any move above $1840 will generate a lot of attention for the sector. 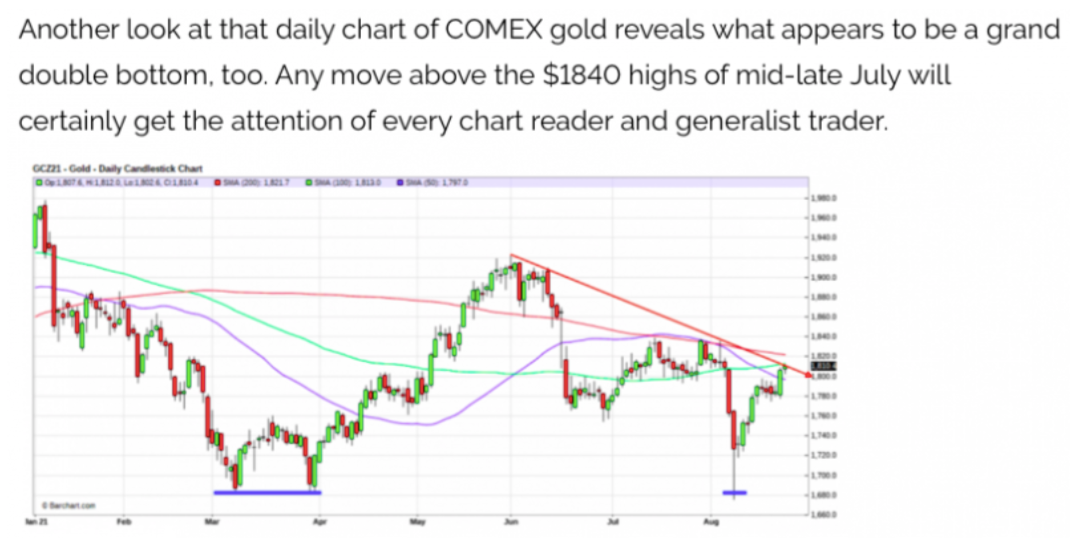 But we've already seen this week that The Bullion Banks are...shall we say...not very enthusiastic about seeing COMEX gold initiate a new uptrend. The 200-day moving average was defended and price was severely capped at this level earlier this year, again in July, and so far this week, The Banks are attempting to install the same game plan. See below:

So be alert for some significant volatility as the week progresses. Wednesday brings a possible payrolls preview with the ADP employment report as well as the latest look at the U.S. manufacturing sector. Thursday's data will be traded, too, before Friday's jobs report and service sector PMIs. 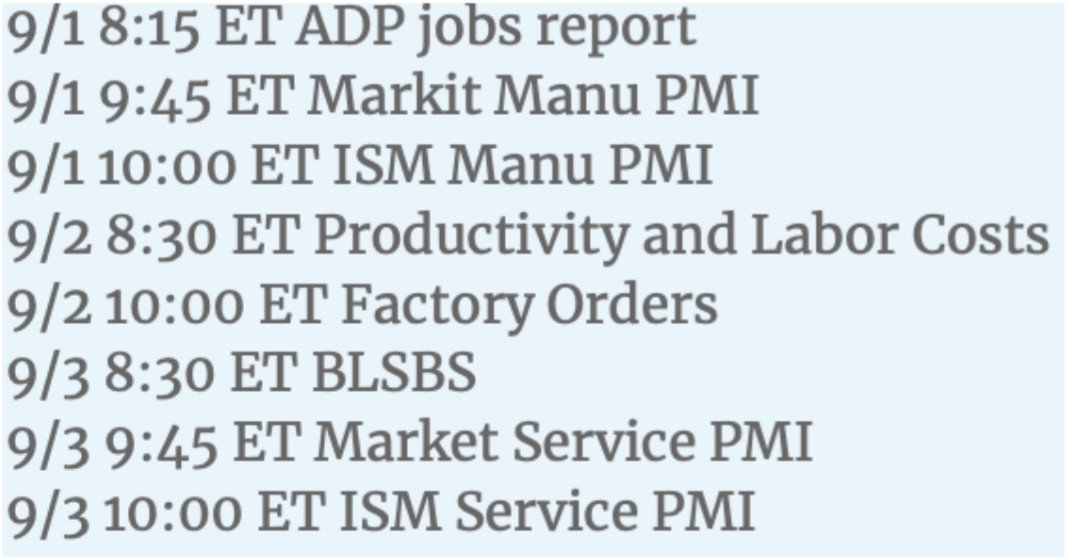 But let's end this week with a more "optimistic" view of COMEX gold's daily chart. Maybe Friday's job report sparks a rally? It's possible. So what levels should we watch into the weekly close?

On that same chart posted above, you can plainly see a double bottom at $1680 last March as well as a "washout low" that also reached $1680 during that Sunday Slam of August 8. ANY sustained move now above $1840 and then $1920 will signal that a major new low has been formed and a move back toward $2000 and last year's all-time highs would seem imminent. (And now you know WHY The Banks are fighting to cap price below that 200-day moving average!)

And again, a reminder. It was just last year that COMEX gold rallied from $1680 to $2080 in eight weeks while COMEX silver rallied from $20 to $30 in just fifteen days! So, very sharp rallies are not without precedent.

Watch the headlines closely as this week continues—and watch price, too—and then let's get back together next week and begin to assess what this might mean for the next FOMC meeting in September.