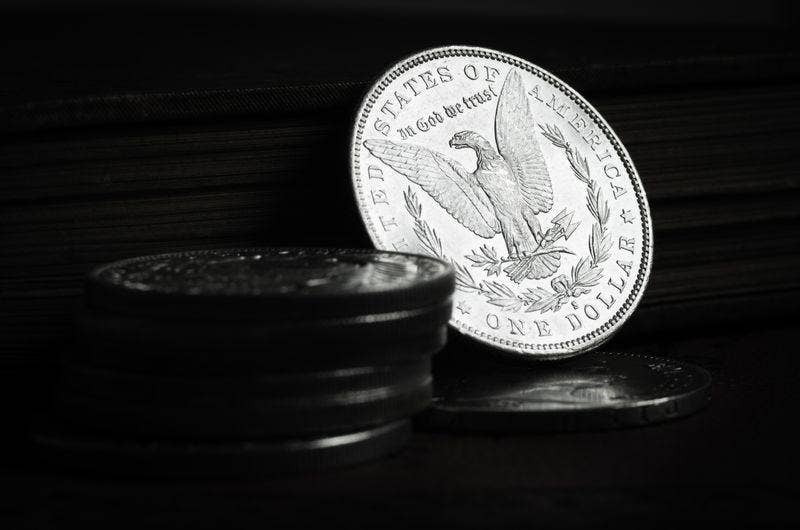 The next update on the U.S. jobs market is due this Friday, and much will be made about whether or not it provides enough evidence for The Fed to begin tapering its current QE program. Of course, our concern is: how will the precious metals respond to the data?

First of all, why do we call the jobs report the "BLSBS". Well, that's an easy one. The report is generated by the Bureau of Labor Statistics (BLS) and it’s always full of statistical modeling and guesswork (BS). Put it together and you get: BLSBS.

The next BLSBS report is due on Friday, October 8, and Fed Chairman Powell has indicated that his FOMC will closely review the data before deciding whether to announce a QE taper plan at their next meeting in November.

Of course, many of us consider some sort of taper announcement a fait accompli at this point. Powell had said that the August jobs data would be important, and it was truly dismal...yet here we are discussing taper anyway. So, it would seem that taper is coming regardless of what the data shows on Friday.

To that end, we must begin to wonder whether or not the COMEX precious metals will actually rally on this news. The entirety of 2021 has been a difficult year for the metals as "the market" has consistently assumed taper and transitory inflation despite the actual economic data. Think of it as "sell the rumor" writ large.

But maybe now that QE taper is about to become reality, market sentiment will shift to "buy the news"? There are some early signs of this, but it is FAR from a certainty at this point. If the overall trend is going to change, then there are some key levels on the chart that will show that it's happening.

First of all, check the incredible symmetry on the chart below. In our September Precious Metals Projections video, Chris Vermeulen and I projected that COMEX gold might soon form a massive double bottom, similar to what it painted in March of this year. As you can see below, that appears to have happened and the similarity in duration and scope is remarkable.

That chart has a lot of potential for marking a bottom, but of course, we'll need a breakout to a short-term higher high before we can get excited. You can see the downtrend arrow on the chart above. Below is a closer look:

In response to this week's jobs data, COMEX gold would first need to get back above $1780. From there, a move above $1800 would be necessary for anyone wanting to get interested in a renewed move up.

The same thing is visible in COMEX silver. Now silver has two things going for it. Last week's plunge below $22 ran some Spec sell stops, and via the latest Commitment of Traders report we can see that the Swap Dealing Banks are now actually NET LONG for the first time since October of 2018. 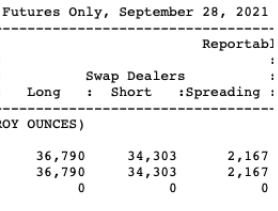 But silver, too, has a ways to go before it would appear to have turned the tide. It first needs to regain $23. After that, $24 and $25 are important levels too.

And finally, the mining shares have given no indication at all that they are ready to turn the tide. Even on last week's bounce, they barely rallied. We'd have to see the GDX get back above $31 on both a daily and weekly closing basis before getting interested. As you can see below, that's a long way from here.

So we'll see what happens next. As mentioned, this Friday brings the jobs data, but next week brings all sorts of inflation data too. And we've still got all that debt ceiling nonsense to deal with. But I'll remind you again that no uptrend goes to infinity and no downtrend goes to zero. So, EVENTUALLY, the current downtrend in precious metals prices will end and things will turn up again.

For now, though, we're still stuck in the downtrend, and as the charts posted here show, we've got a lot of work to do in order to flip things the other direction.