COMEX Gold at a Crossroads 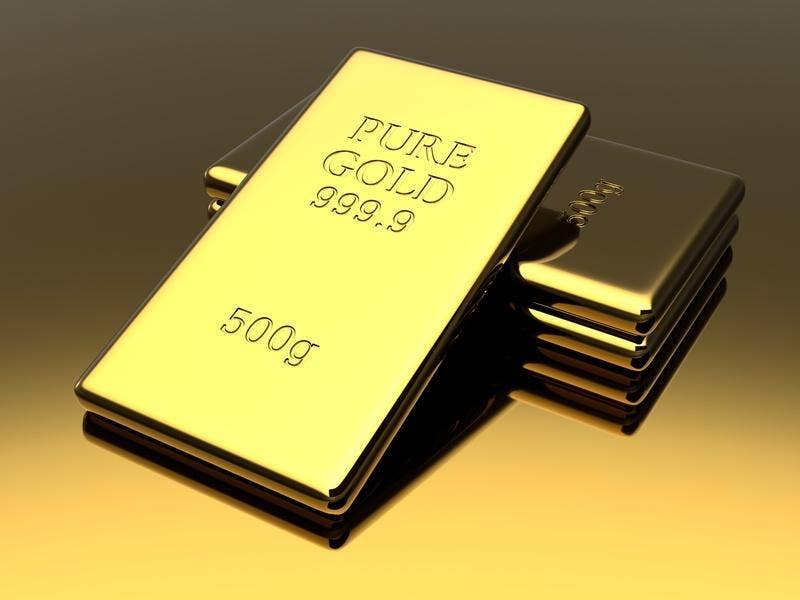 It has been a wild and volatile month for gold investors, and what happens next will go a long way toward determining whether or not 2022 will be a better year than 2021.

Let's begin by looking backward. The year 2021 began with the COMEX gold price near $1900 and with many tailwinds seemingly at its back. Inflation was poised to surge over the year, and with that, real interest rates would fall. We expected that this would lead to a general rally in price, but it has not. Why?

This continues to be a misplaced belief for the long term, but that's not the point of this post. Instead, let's just review the events of the past month so that we can begin to forecast where things might head in the short term.

Below is a chart of COMEX gold over the past two months with several key dates noted.

What is the significance of those dates?

So, on November 3, "Team Transitory" was leading and the gold price was falling. However, by the next day, the market began to buy this news, and once the latest inflation data was released on November 10, Team Transitory was losing ground as investors sought gold in all its forms ahead of the worsening price inflation reality. But then, on November 22, Team Transitory surged back into the lead due to the notion that a renewed Chair Powell will press for accelerated QE tapering and even fed funds rate hikes in 2022.

The end result? The COMEX gold price is almost exactly where it was when this whole episode began four weeks ago.

So, what happens next? Maybe a longer-term chart will provide some clues.

What do we see? Three primary things:

The month of December is going to bring all sorts of news that will impact the COMEX gold price. We'll have the next jobs and inflation data over the next few days. We'll have the year-end FOMC meeting in two weeks. We'll have all sorts of kabuki theater regarding the U.S. debt ceiling and possible government shutdown. And, of course, we'll have concerns over Covid and whatever new mutation comes along.

How will gold respond? Well, I suppose that will continue to be a function of the strength of Team Transitory. In congressional testimony on November 30, Chair Powell himself finally admitted that the term "transitory" no longer applies to the inflation discussion. But does that matter? Given the price action that day, maybe not.

It's time to retire the word transitory on describing inflation, says Fed Chair Jerome Powell during Senate testimony on the economy https://t.co/DxfjyS7Jpr pic.twitter.com/WzW2rzqt1B

So I guess all we can do is watch the chart. See below.

Given the recent (and historical record of) price capping by The Banks at those key MAs and the declines that followed, it's reasonable to assume that the gold price has farther to fall in the short term. Once below $1760, the downside risk becomes $1720 and maybe even $1680. However, if it can regain its footing above those key moving averages and the $1800 level, then we'd have a good signal that this latest price decline is the only thing that's actually "transitory".

So don't call it a year just yet. Watch the headlines over the next few weeks and then watch how the COMEX gold price responds. Where price finishes 2021 will go a long way toward determining how gold trades in 2022.

News
332
The Convicted Criminals of JP Morgan
By Craig Hemke
News
1916
Higher Highs Ahead but Running Out of Steam
By David Brady
News
1007
After The CPI, Watch the Bond Market
By Craig Hemke