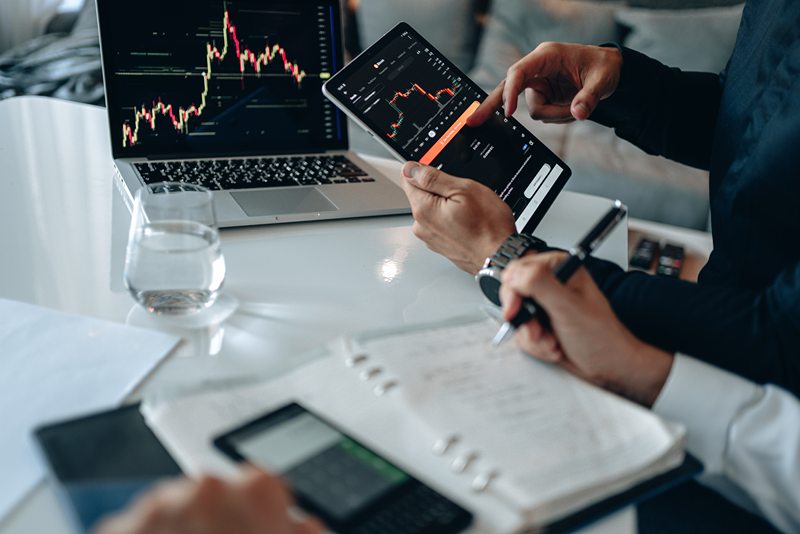 The Consumer Price Index, or CPI, is due Thursday morning. The consensus opinion is that we will continue to see declines in both the headline and core numbers on a year-over-year basis. This is somewhat already baked into the cake, so the upside would be relatively small if it plays out. Only a sharp decline would create a risk on environment for everything but the dollar. By contrast, a higher-than-expected outcome could trigger a rally in the DXY and a dump in everything else.

DXY popped on hawkish Fed minutes last week only to get throttled on Friday due to weak employment and wage data. It is still hanging around just above the critical 102 level. It could fall further but the odds favor a bigger rebound to 108-110 one way or another imho. Perhaps the CPI provides the trigger. If so, it is highly probable that it weighs on metals and miners. 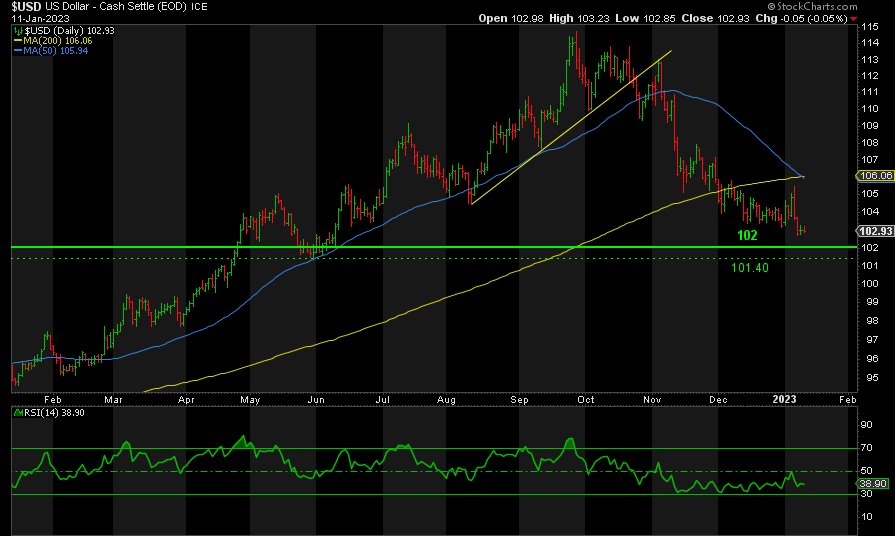 While Gold has broken out to the upside of the Bear Flag 3 days in a row, it has not closed above it on any of those days. This is actually bearish imho. Also, the negative divergences remain on the daily chart and on the 4-Hour and 1-Hour charts too. Taking the chart on face value, I would expect at least a test of the support line at 1840 next. 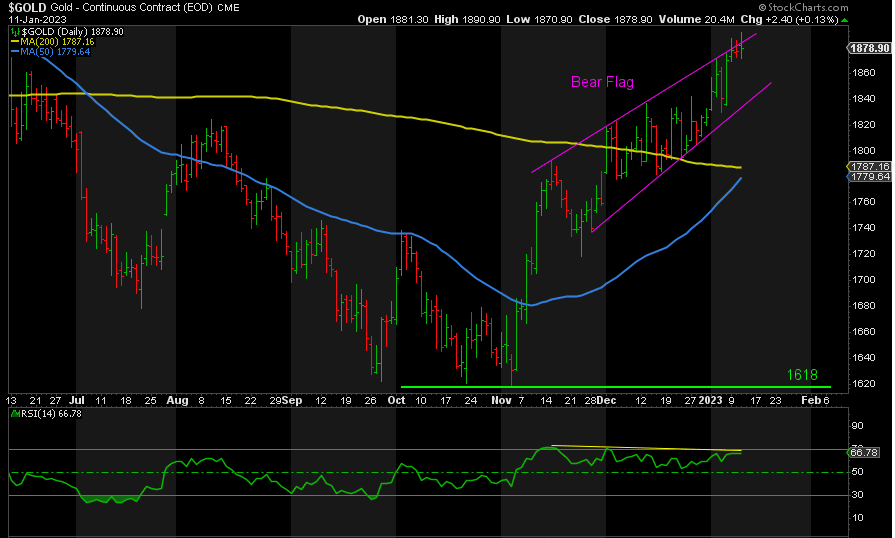 Silver has broken down out of its Ending Diagonal or Bear Flag, backtested the breakout, and is now ready to head south should it choose to. 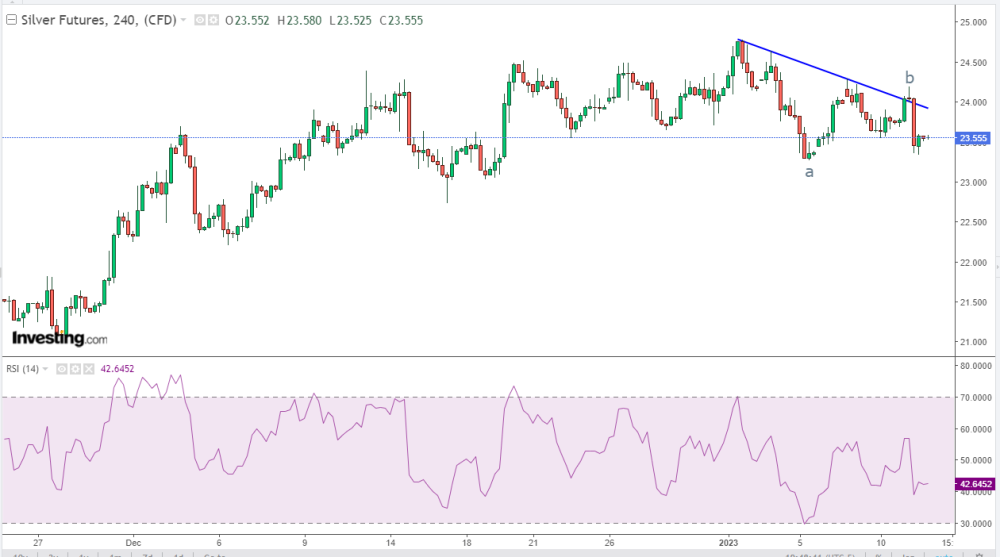 It looks like it has peaked at 24.77 and is undergoing a classic A-B-C corrective pattern. If so, the targets on the downside are as follows: 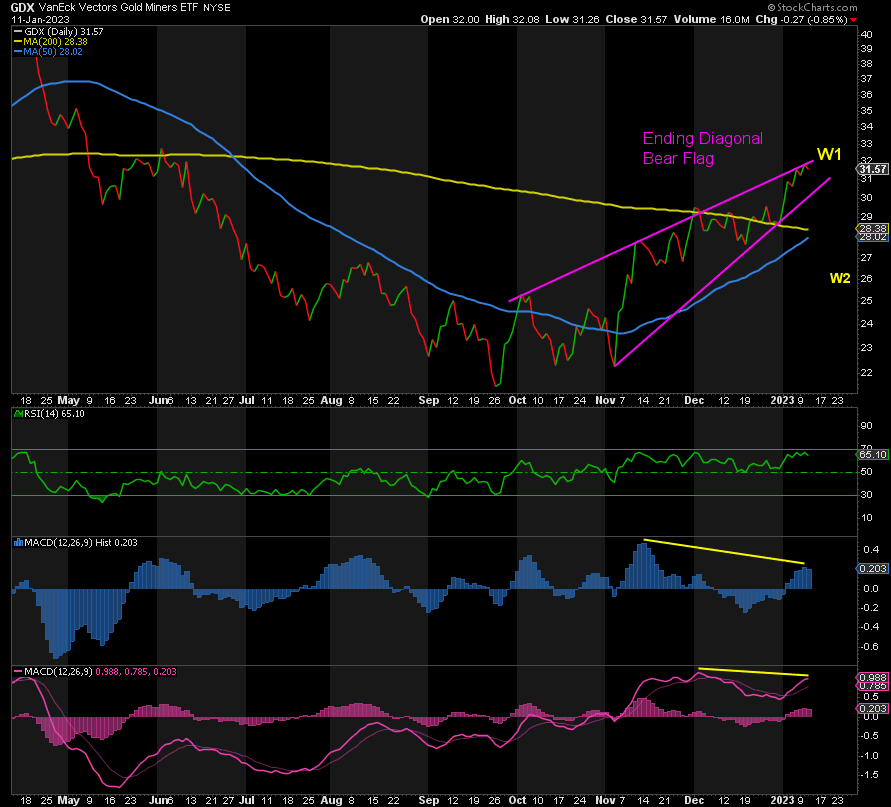 Like Silver, the Gold miners are dealing with their own ending diagonal / bear flag. The RSI is bordering on extreme overbought. The MACDs are both negatively divergent. On face value, this would suggest at least a test of the lower trendline at ~30. A break below there would signal the Wave 2 is under way towards 27-25 imho. 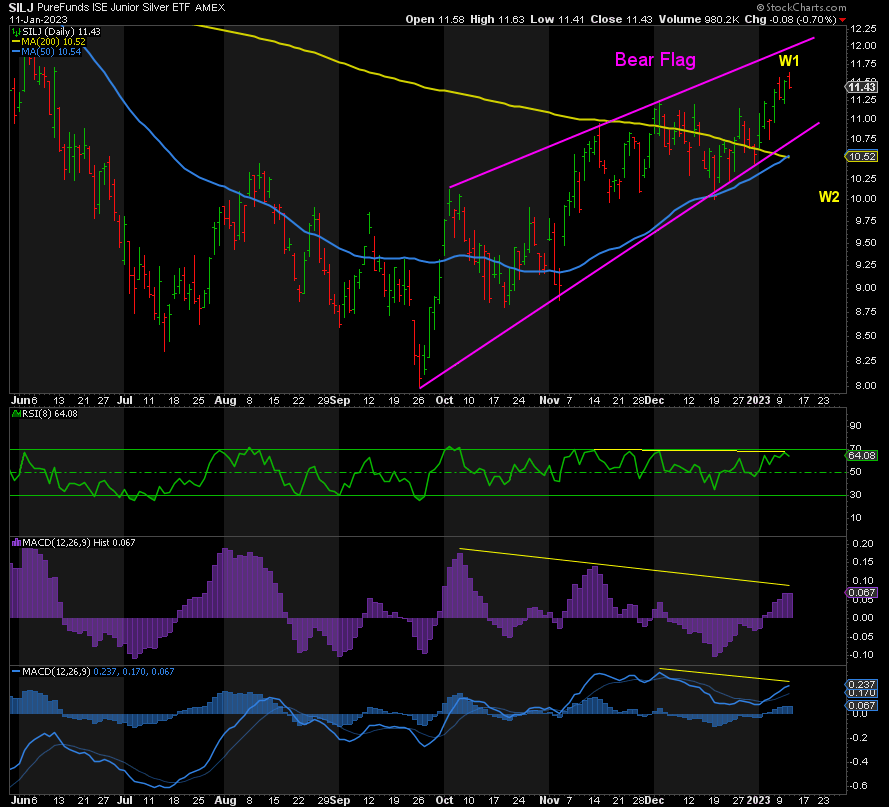 Another bear flag, this time for SILJ, the Silver junior miners. In this case, all of the indicators are negatively divergent and the RSI is close to extreme overbought. While SILJ could still reach ~12 at the upper trendline of the flag pattern, the odds favor at least a test of 10.75. A break there opens up a drop to at least 10.

Again, the CPI results tomorrow will determine where we head next, but with a lower number already priced in to some extent, the risk is a higher number sends everything but the dollar lower. We may finally get the wave 2 retracement I have been waiting to buy.