Different Timing and Routes but With the Same Destination 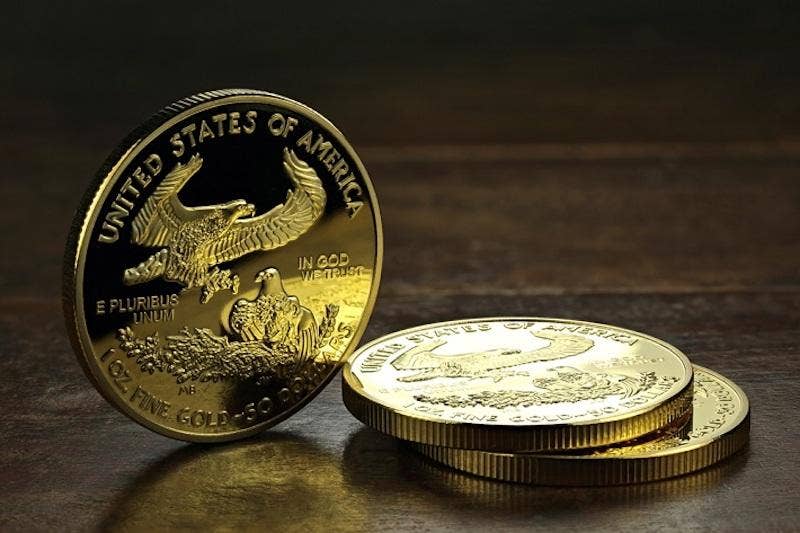 Stocks and precious metals soared off the lows in March, thanks to Powell’s promise to do “Whatever It Takes” to support the economy and the markets following the widespread implementation of lockdowns to mitigate the spread of Covid-19. He delivered $3 trillion dollars in QE that almost doubled the size of the balance sheet in just three months. It did the job of boosting stocks back up to new highs while it stopped the bleeding in economic activity. Meanwhile the dollar dropped more than 10%. Gold and Silver soared to highs not seen in many years or ever.

However, at the July FOMC meeting he announced that he was cutting the purchases of U.S. Treasuries from $1 trillion a month to a run rate of approximately $250bln monthly, a 75% reduction. Then the following month, the $600/week emergency support provided to Americans, which was expected to be extended by many, expired. Republicans and Democrats remain deadlocked on the issue, and Americans are lining up for miles at food banks around the country.

Despite the massive reduction in monetary and fiscal stimulus, The Fear-of-Missing-Out or ‘FOMO’ crowd kept the markets levitated for a while longer, but like a Wile E Coyote rocket, gravity soon took over when the rocket fuel of stimulus plummeted. At the same time, the dollar finally found a bottom and is now rallying.

In a nutshell, it is obvious that the primary driver of all markets right now is stimulus, also known as liquidity. Without it, the markets would crash like never seen before and the dollar would explode higher, at least in the short-term.

The Fed has tried to comfort traders and investors with words, but the market wants and needs action. By that I mean the Fed turning on the QE spigots again full blast, the U.S. Treasury dropping from helicopters its close to $2 trillion war chest, and/or Congress agreeing to extend or increase fiscal support to all Americans. Nothing else will suffice at this point, and despite temporary respites, the bias is clearly down in stocks and precious metals and higher in the dollar until one or all of these occur.

In fact, it is my belief that a sharp drop in stocks is exactly the excuse the authorities need to act. Let me make this crystal clear, I absolutely expect them all to act at some point, it’s only a question of when, not if. The alternative is immediate systemic collapse and depression. Does it depend on how far stocks have to fall, or will they wait until after the November elections in order to avoid political interference? My guess is both.

If stocks look like they’re crashing as they did in March or widespread social unrest breaks out, then they could be forced to act before the elections. However, my belief is that the Fed and certainly the Democrats will want to wait until after.

We have already had a significant drop in stocks and precious metals and a concurrent rally in the dollar to oversold and overbought levels respectively in the very short-term.

There are three scenarios going forward that I see with varying levels of probability:

I consider #3 to be highly unlikely given my expectation for monetary and fiscal stimulus on steroids at some point. Scenario #1 is more likely if we get that stimulus soon (ahead of the elections), which was my original expectation. But the Democrats are playing hard ball and the Fed doesn’t want to be seen as handing the election to Trump, so scenario #2 is a very real possibility unless stocks crash ahead of November. This would mean a short-term bounce in stocks and PMs from oversold levels before falling again in the period just before and after the elections, which are likely to be the most hotly contested ever. Then some time in December, when the authorities can no longer wait or else risk a total collapse of the economy and markets, they act.

If scenario #2 plays out, stocks are going to fall further than many people expect and all of the weak hands will be washed out in precious metals and miners. This sets us up perfectly for new record highs in both. Meanwhile the DXY could reach my target of 97-98 and then dump, potentially to the 70s.

Below I provide the worst-case scenario for Gold that I shared on Twitter this week. This assumes the authorities act BEFORE the elections, i.e., scenario #1. 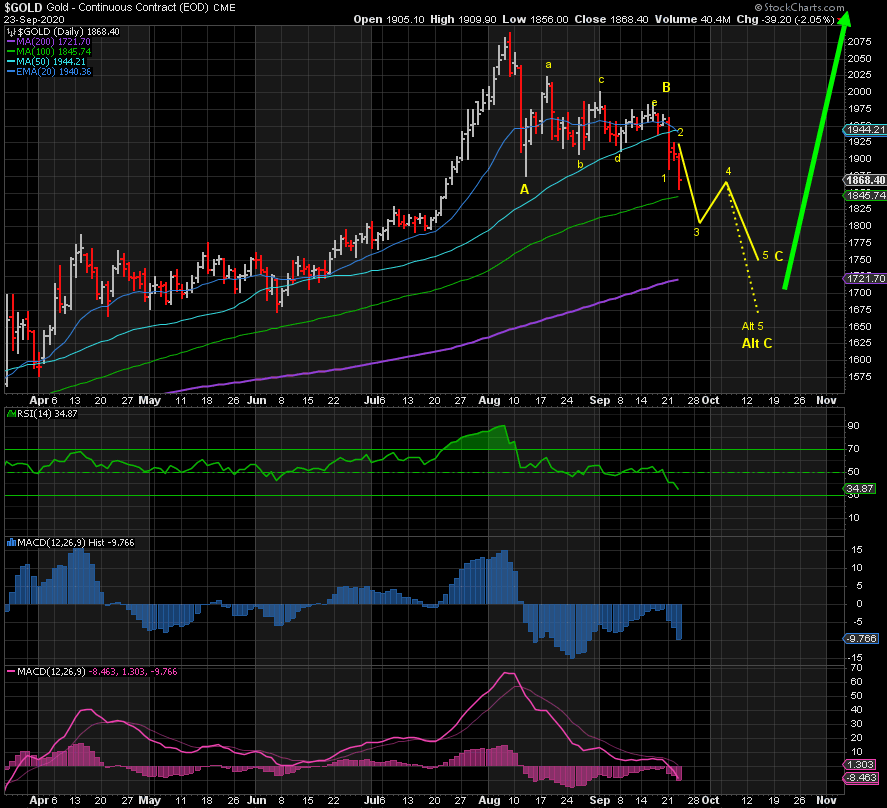 The scenario below, #2, is that this correction lasts much longer than many people expected. Note that this is contingent on no action until well after the elections in November, as well as a deeper dive in stocks and precious metals and a bigger rally in the dollar. 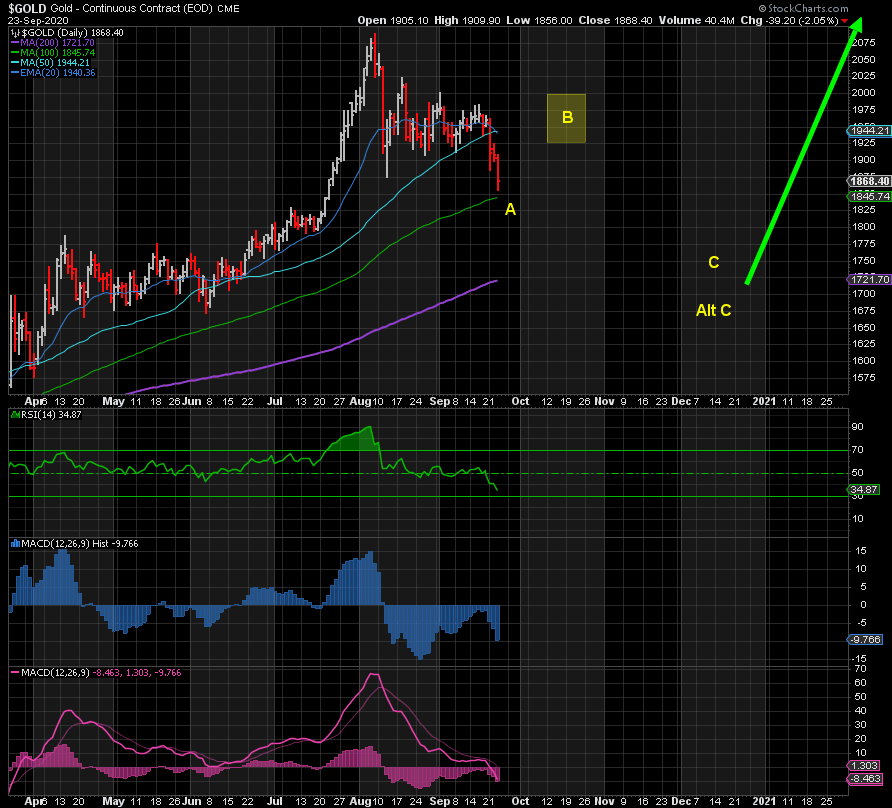 At the end of the day, this is just about different timing and routes but with the same destination: much, much higher. With this is mind, buying “some” precious metals or miners at the current levels may not be a bad idea whichever scenario wins out. That is up to you. Just remember that December has been very kind to Gold each and every year since 2013, i.e. when in bear and bull markets. I don’t expect this one to be any different, unless the Fed et al. jump the gun ahead of the elections. If and when they do act, regardless of the timing, stocks and precious metals will soar even more so than the rallies since March and the dollar will crash.

News
87
Precious Metals Prepare For Another Price Advance
By Chris Vermeulen
News
830
The Polls Were Horribly Wrong in 2016, Are They Wrong Again?
By Nathan McDonald
Weekly Wrap Up
4117
World Events “Building to a Crescendo” for Gold and Silver - Eric's Weekly W...
By Craig Hemke