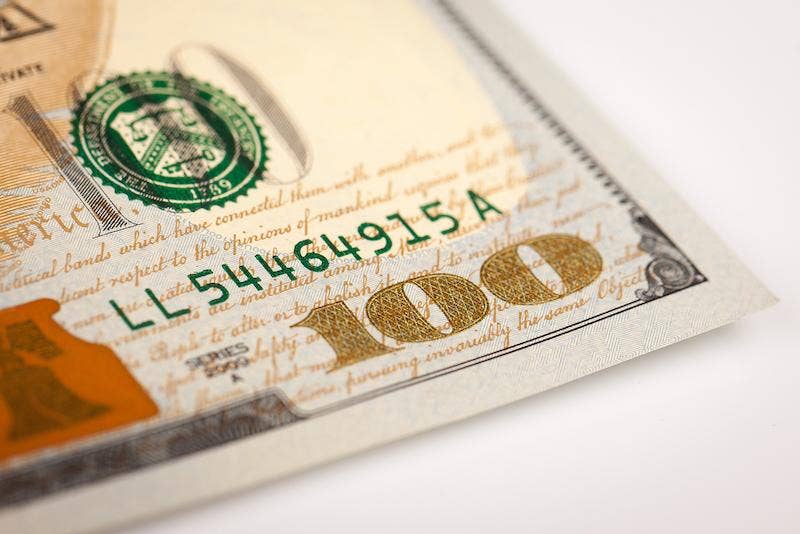 The latest FOMC minutes came out yesterday. Unsurprisingly, the Fed suggested it may taper its $120B per month stimulus. Despite the initial chaos in the markets, once the dust settled, few seemed to believe the Fed can do it. Bonds yields, the dollar index, and Gold were basically unchanged on the day. Taper “talk” appears to be priced in now. Stocks markets, on the other hand, were a little more jittery. The S&P fell for the second day in a row and closed at its low of the day, 4400. The Nasdaq was even weaker and closed below its 50-day moving average for the first time since June 3.

The issue is that most market participants, myself included, simply don’t believe the Fed can taper its stimulus without causing a meltdown in stocks, especially when the economy is clearly slowing again. However, what has equity markets nervous is that although the Fed may not be able to taper, mere talk of the possibility weighs on market sentiment, particularly markets just shy of record highs and extreme overvalued. Perhaps the Fed wants a correction in stocks first to provide the excuse to increase stimulus—Democrats too—and the stock market suspects this.

Should stocks correct 10-20% in the next few weeks, with or without a taper, I fully expect the Fed and the Democrats to ride to the rescue. Such a pullback will give the Democrats the ammunition they need for passage of the $3.5 “TRILLION” in additional fiscal stimulus, along with the other $1.2T infrastructure bill already passed by the Senate. The Fed will have to print to fund that, support stocks, and cap yields. The casualty will be the dollar. The question is not if, but when. The stock market will ring the bell on massive new stimulus. At that point, as always, everything goes up, except the dollar, but especially precious metals and miners. It’s that simple, imho.

In the meantime, we have a number of risks to face. The banks have exited a substantial number of short positions, but they still have more to get rid of. This means the risk of further Bullion Bank inspired sell-offs remain. Basel III requires that banks increase the physical holdings of Gold. They would prefer to buy that cheaper. Any significant drop in stocks may drag down Gold with it in the short term. The miners are getting hit far harder than Gold. This can sometimes be a warning signal for a coming drop in Gold, akin to the tail wagging the dog.

The technical picture for Gold remains mixed. While we got the expected bounce from 1675 to 1800, it has failed to break that resistance so far, which just happens to be the 50-day moving average also. If we do get through there, the 200-day moving average is waiting at 1815. Then there is the prior high at 1837.

On the positive side, Gold is clearly in a bullish flag formation coming off a triple low at 1675. The RSI and MACDs are neutral, so there’s plenty of room to run up (or down) from here.

The worst-case scenario is presented in a red A-B-C corrective pattern, where the size of wave C is the same as wave A. This runs the risk of a move down to 1450-1500 should we finally break below 1670.

1920 is a key level to break to consider the bottom is in place and new highs are ahead. A fall back below 1750 would be worrisome, but a drop below 1675 opens the trapdoor for a far bigger dump.

Silver has matched Gold’s performance off the recent lows, but that is lacklustre for Silver. It typically has a beta greater than 1 relative to Gold, i.e., it outperforms on rallies. That said, I like the look of Silver better than Gold. 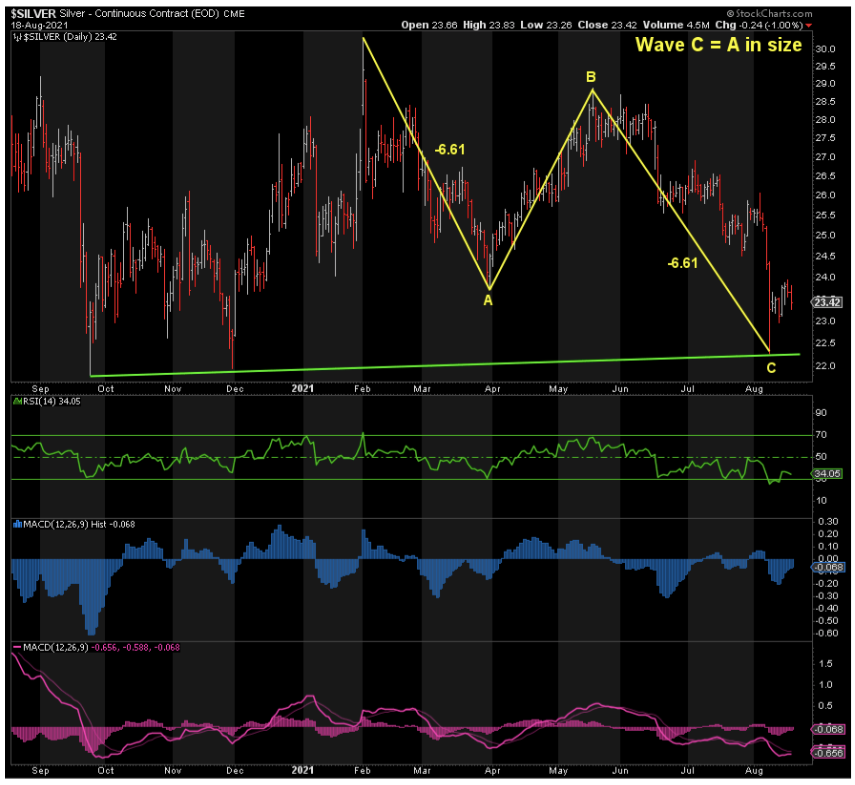 It is still oversold relative to Gold, which is neutral. Like Gold, its key support trendline in green above held at 22.28 on the latest sell-off. But most importantly, Silver just completed a perfect A-B-C peak-to-trough correction where wave C = A, suggesting the bottom is in. But before we break out the bottles of champagne, ABC corrections often end when wave C = 1.618*A. That would put the bottom squarely at 18. So, if you do see a break of 22.28, that is the risk.

With all of that said, I truly believe that the coming rally will end at new record highs, matching or even exceeding that from March to August 2020, courtesy of the Fed riding to the rescue once again. Even if they don’t and allow the collapse of everything, precious metals will outperform most assets, perhaps all, just as they did post 1929. This is why Gold and Silver are the new TINA: “There is no alternative” because they outperform at extremes in inflation and deflation. Both lie ahead and in that order, imho.