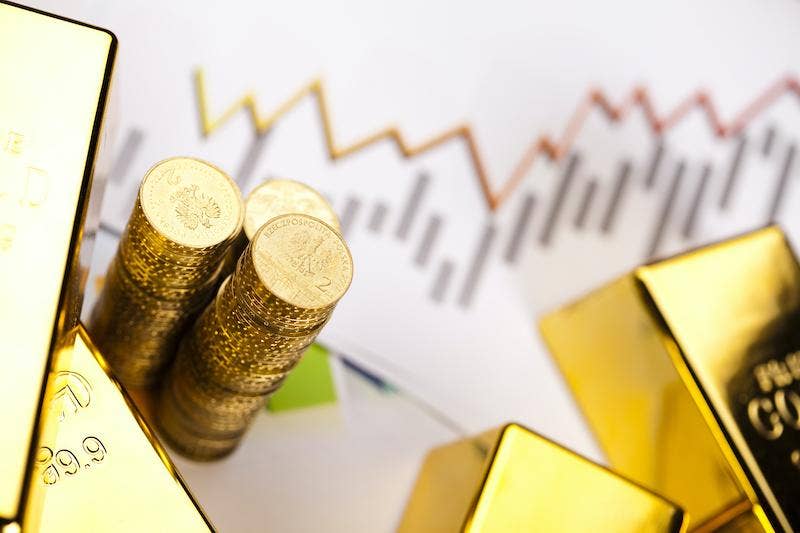 Exchange Traded Funds, or “ETFs”, in all asset classes have soared in popularity over the years due to their liquidity, convenience, and low cost. They’re simple to trade, and they provide a quick and easy way to create a portfolio compared with having to buy each of the individual underlying assets. With respect to Gold and Silver, GLD and SLV provide an easy and cost-effective way to gain exposure to precious metals. And there’s no need to store anything, which means no vault fees and no risk of theft from your home.

As we say in Ireland, you never get something for nothing, and so it is with ETFs for precious metals. Gold and Silver ETFs, another form of so-called paper gold, are rarely 100% backed by the physical metal. GLD, for example—the biggest, most popular gold ETF—is an investment fund that holds physical gold to back its shares. In other words, it’s a stock, not the actual physical metal. The share price of the stock tracks the price of gold and it trades like a stock, but this stock does not give the vast majority who hold it access to the underlying metal. You can’t demand delivery of underlying Gold unless you own at least 100,000 shares of GLD, which equates to $17.4 million as of today. Furthermore, the GLD ETF reserves the right to settle your delivery request in cash. Simply put, you need to have a massive amount of GLD shares to demand delivery, and even if you do, the ETF provider does not have to provide you with the physical metal—they can hand you cash instead. Given that many investors buy precious metals as a hedge against the devaluation of fiat currencies (i.e., inflation), the last thing they will want if global currencies collapse and Gold and Silver soar in price is more fiat.

If that were not enough to cause you concern, consider the fact that the amount of physical metal held in the depositories of the custodian for the ETF is typically a fraction of the volume of claims against it. Said differently, one GLD share represents 1/10 oz. of Gold. For every 1000 shares or 100 oz. of Gold, there may be just a single ounce to cover each of the 1000 claims against it should all those who can demand delivery do so at the same time. GLD and other such ETFs are highly leveraged, which means that there won’t be anywhere near enough Gold to settle all of the demands against it should that time come. If and when currencies collapse and there’s a race for physical Gold and Silver, if you own GLD or SLV, you have a next to zero chance of getting it when you need it most. It is virtually guaranteed that your shares will be settled with currencies, the very thing you wanted to avoid by buying what you thought was Gold and Silver.

Finally, this all assumes that the provider of the ETF and its custodian remain in business. If they go bankrupt and default on the ETF, then you are likely left with nothing. This is the counterparty risk you face in holding ETFs, a risk that physical Gold and Silver protect you from.

This is why I have recommended for years that if you plan to invest in Gold and Silver for the long-term, buy the physical metals. The only reason I use ETFs such as GLD and SLV is for short-term trading or hedging purposes only.

Fast forward to this week’s headline:

Goldman Sachs finalized its takeover of the Perth Mint’s $500m New York-listed gold ETF. This represents Goldman Sachs' first commodity-backed ETF. It will be renamed the Goldman Sachs Physical Gold ETF, and the ticker will remain unchanged: AAAU US – Note the use of the word “Physical”. The product fees will also remain unchanged at 0.18%. But here is the big change:

The original custodian to the ETF, the Perth Mint, allowed shareholders of the ETF to readily exchange their shares for delivery of physical gold in the form of bullion bars and coins issued by the mint, and that unique feature was guaranteed by the government of the State of Western Australia. In other words, the ETF was 100% backed by physical Gold. No more.

Can you guess who is the new custodian for Goldman’s ETF? The London branch of JP Morgan.

So what was once a government guaranteed 100% physical gold-backed Gold ETF is now just another highly leveraged paper Gold ETF. “Physical”? Not so much.

The big questions are: Why and why now? The following comments are just a reflection of my opinion only, so take them for what you will. I will admit that I am extremely cynical when it comes to anything involving Goldman and JP Morgan, two of the biggest players in the precious metals space.

Banks don’t do anything that doesn’t involve a profit motive, but with fees remaining at a paltry 0.18%, this acquisition is not going to boost Goldman’s bottom line. In fact, it will marginally reduce their profit margins.

Gold has fallen over 15% from its peak of 2089 in August. It’s oversold and sentiment is bearish. It appears that Biden is president-elect and new stimulus is pending. The dollar is in freefall. Inflation expectations are rising as the economy continues to melt down. Stagflation anyone? Suffice to say that the conditions are favorable for a sharp rise in Gold prices.

Perhaps the motive for Goldman to take over and transform a physical-backed ETF into another paper-Gold ETF is because the Perth Mint and the world is running out of available physical Gold, and the banks in particular don’t want this to come to light given the obvious effect on Gold prices. We’re already seeing scarcity and premiums rise again, just as in March.

Perhaps it is to provide yet another vehicle for investors to bet on the coming explosion in Gold prices that doesn’t require settlement in the physical metal but can be reimbursed in increasingly worthless currency. Hence the use of the misnomer “Physical”. People think they are buying a vehicle that gives them access to underlying physical metal on a 1-for-1 basis, just like the original Perth Mint backed ETF, but it’s quite the opposite.

Perhaps it’s both. This would make sense if Gold is set to rise.

Put a different way, why would Goldman purchase such an ETF if the Gold price was going down? To earn a paltry 0.18% on declining demand? I don’t think so.

ETFs are not a replacement for physical precious metals unless it is for trading purposes only. The same goes for the other paper substitutes: Futures. The only ETFs I would recommend anyone buy in place of the physical metal are those that are 100% backed, such as PHYS and PSLV.

The Goldman transaction signals a rising Gold price synonymous with a growing scarcity of the metal. Of course, Silver and the miners will likely follow suit.

It is only a manner of time now. Sooner rather than later, imho.

News
329
The Convicted Criminals of JP Morgan
By Craig Hemke
News
1915
Higher Highs Ahead but Running Out of Steam
By David Brady
News
1007
After The CPI, Watch the Bond Market
By Craig Hemke