It’s All About Payrolls Now 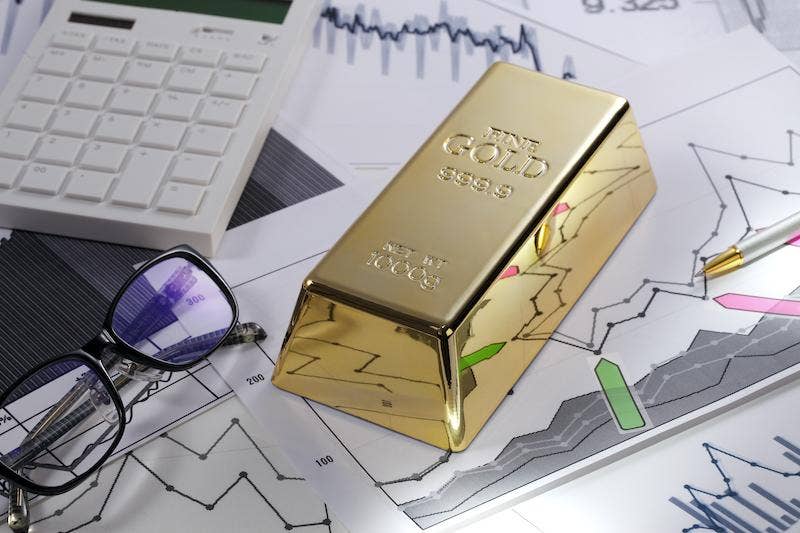 After a week of waiting for Powell’s pivotal Jackson Hole speech, it was a complete dud. He punted the decision on a possible taper to the next FOMC meeting on September 22. The only words of interest from Powell today were as follows:

Then Powell followed with this:

“the COMING reduction in asset purchases”

It sounds pretty clear to me that the Fed plans to taper its QE and that it’s not a matter of “If” but “When”. That said, actions speak louder than words, especially when it comes to the Fed. He also clarified that the two data points the Fed is watching are Non-Farm Payrolls and the trajectory of Delta variant cases.

Starting with the latter, the latest case numbers in the hardest hit states signal that the worst of the Delta variant is behind us, according to Johns Hopkins University. One of the key conditions for a Fed taper. 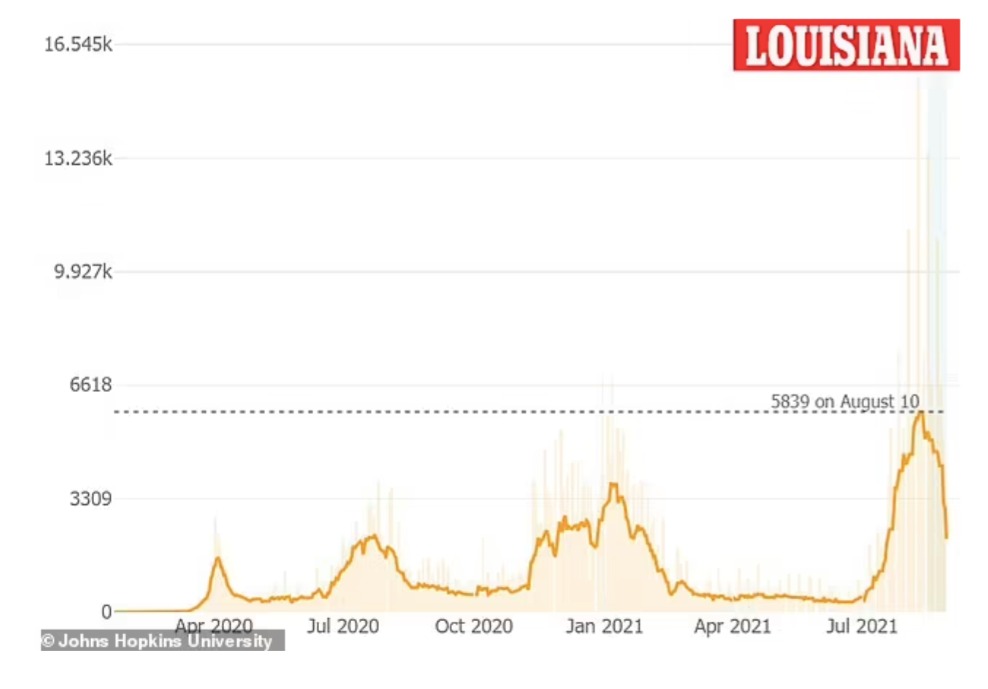 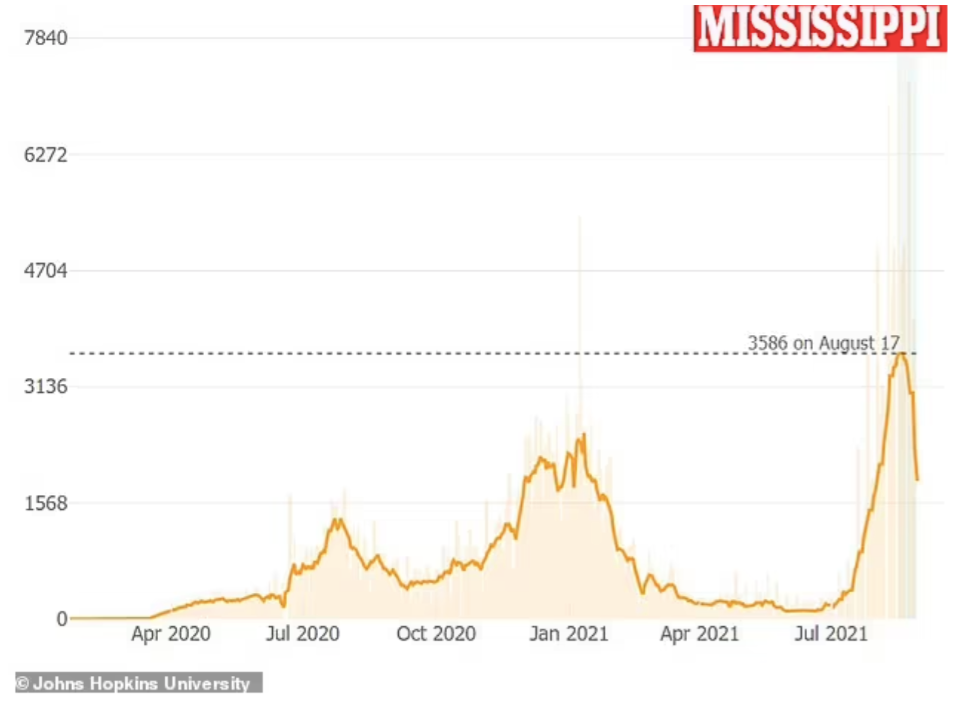 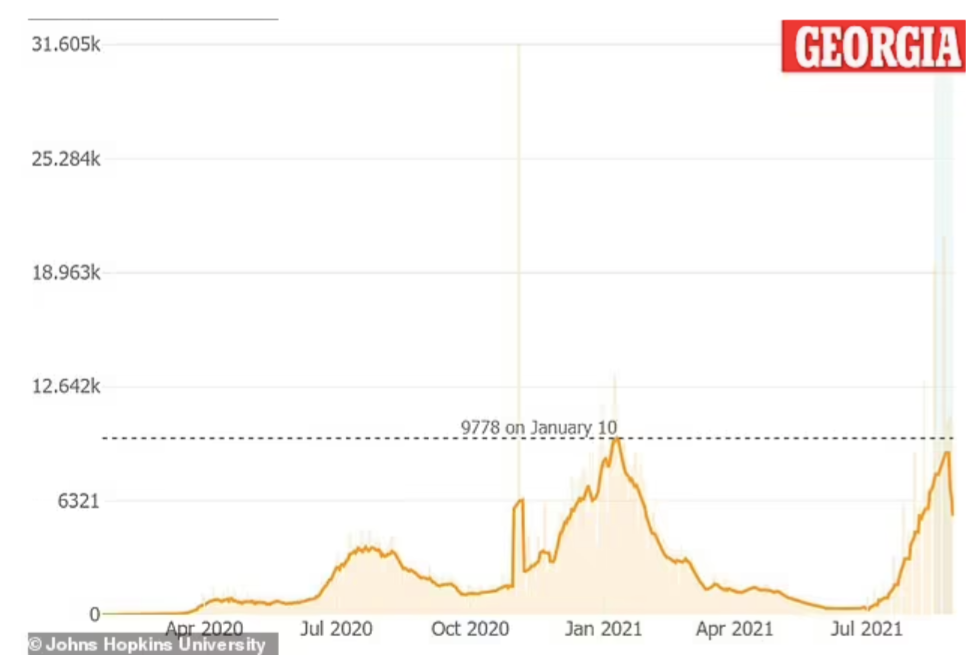 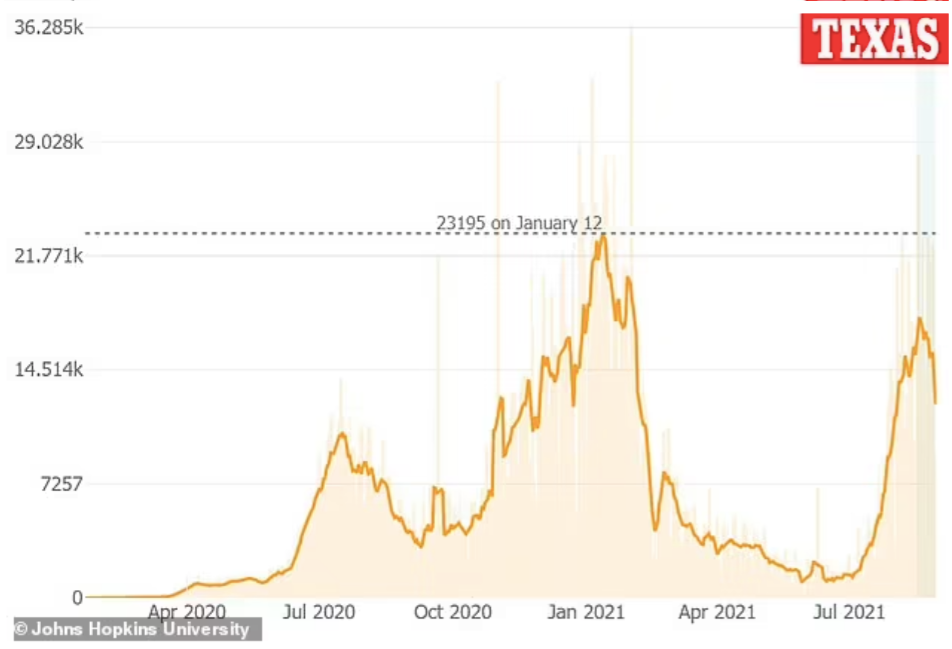 This makes the one remaining factor, Payrolls, even more important on Friday. Expectations are for an increase of 750k in August following a rise of 943k in July. Anything above 750k without a revision downwards in the prior month could be the green light for a taper of QE at the next FOMC on September 22. If that were to occur, watch extreme overvalued stocks finally correct lower with precious metals and miners following suit while the dollar takes off to new highs.

By contrast, if we get a weaker than expected Payrolls number, then the taper is likely off the table for now, the dollar falls further, stocks continue higher, and Gold and the rest jump.

However, there is one more thing to be mindful of: The Bullion Banks. What concerns me about the Payrolls is that they are released on a Friday before the Labor Day weekend and a lot of traders will be heading out early on vacation. This will provide very illiquid trading conditions on the futures markets from Friday through Monday. This is typically when the Banks like to drill Gold and Silver lower by dumping newly created futures on the markets: around a key data release such as Non-Farm Payrolls or an FOMC meeting and during a holiday period when trading is illiquid. I am not saying this is going to happen, but it is a risk to be aware of.

Unfortunately, this emphasizes how centrally managed the markets have become. All depends on whether we get strong Non-Farm Payrolls and higher expectations of taper talk at the next FOMC meeting. Markets have become that binary.

The risk of another Bullion Bank driven sell-off is just part of the reason why I remain extremely cautious on the sector despite the relief rally off the triple bottom at ~1675. The big “ABC” risk I have cited for the past couple of weeks remains intact with a worst-case scenario of a drop to 1400-1500 before we bottom out:

While it is positive that we have broken the 200-day moving average, we are still struggling to break out of the purple channel to the upside. Even if we do, the risk remains that we rise to between 1920-1970 before dumping again. The prior high of 1837 is resistance ahead of that.

The only support level that matters is the triple bottom at 1673. As long as that holds, we are likely to see new record highs rather than lower lows. However, a break of 1673 would definitively crush sentiment and cause almost everyone but the long-term holders to give up. This would provide the impetus for a capitulation to that 1400-1500 level. It would also be the greatest buying opportunity since August 2018, imho.

By contrast, if the Non-Farm Payrolls are disappointing, Gold could go straight up to new record highs. That’s how binary the markets are.

As for Silver, it is currently in a bullish channel (purple) with a shorter-term bullish wedge pattern (yellow) also. Note how it closed right at the yellow trendline two days ahead of the Payrolls release. It’s make or break time.

I’m still leaning towards a significant correction in stocks driven by taper talk to provide the excuse for fiscal and monetary stimulus on steroids before the end of the year. This would weigh on precious metals and miners initially but get your shopping list ready for the Fed’s complete 180 soon thereafter.