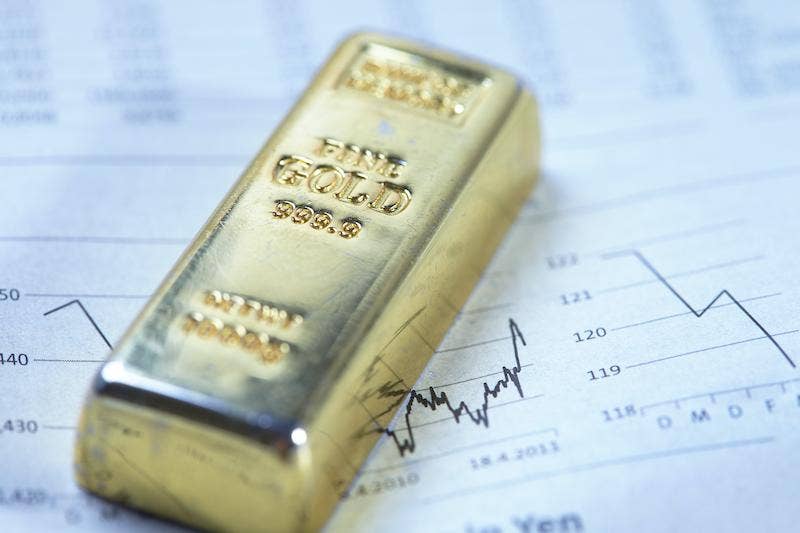 When the herd or markets price in the higher probability of one scenario, the risk of being disappointed by the opposite occurring will have a far more profound effect on prices. The risk-reward profile always favors the outcome that surprises the most people. All except the contrarians.

For example, if the stock market prices in a dovish Fed announcement, and that is what actually occurs, then the market will typically be flat to up thereafter. However, often we do get a “buy the rumor, sell the fact” response based on the fact that the predicted outcome was already priced in. So even if the expected outcome transpires, prices could fall anyway.

But this does not compare to what happens when the herd is completely wrong and the Fed is surprisingly hawkish when they were expected to be dovish. There is a far higher probability in this scenario that the price action to the downside would be far more significant than if the Fed met the market’s expectations. Those long ahead of the news must scramble to get out of their positions while few want to buy on the surprising news, causing a gap down in prices. Clearly, the risk-reward favors going against expectations, even if the contrarian is wrong most of the time, because the losses are minimal compared to the gains if right. It’s just common sense.

This brings me to the Jackson Hole speech from Powell on Friday, which almost everyone is waiting for. If we look at the Nasdaq over the past few days, what do we see? 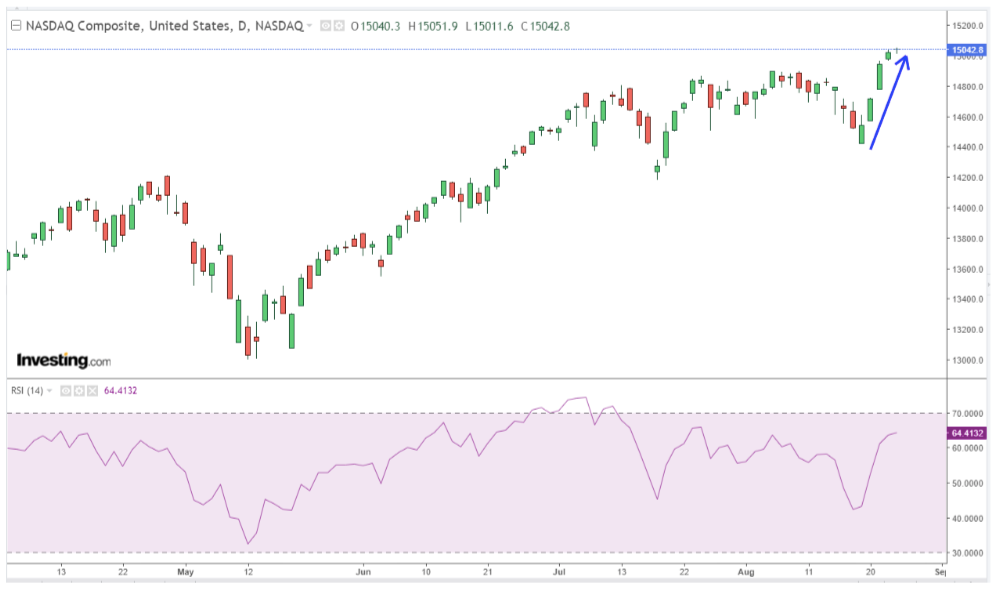 Tech stocks soared off their lowest level since July 20 to new record highs above 15,000 in just days—straight up! It’s obvious that the markets are expecting a dovish response from the Fed, and they may be right. Speaking anecdotally, I have been warning of a coming correction in stocks for the past 2-3 weeks, and the responses say it all. The vast majority are bullish, dismissing any chance of a correction, just more of the same: UP. It is understandable given the rally since the March 2020 lows. History also suggests that they will be right most of the time. But what if they’re wrong?

What if the Fed is surprisingly hawkish or just far less dovish than they anticipated? I would expect the rally since Thursday, August 19, to be erased almost immediately and then some over the coming days and weeks. That is, until the Fed reverses course, which they will. It’s just how far are they are willing to let stocks fall without risking losing control.

Now let’s look at what Powell could actually say…

Taking these in reverse, if scenario 3 occurs, then stocks can continue on their merry way higher.

If we get the second scenario, don’t be surprised if we get a short-term decline on “buy the rumor, sell the fact” before heading higher again.

If the Fed is hawkish, as in the first scenario, then look out below. We could see a correction over the coming weeks of 5-10% or more. How low we go would depend on which stock market level is the line in the sand for the Fed and how fast they respond.

Assuming we do get a sell-off in stocks, I would expect precious metals and miners to follow suit initially but soar soon thereafter in anticipation of another Fed 180.

Finally, even if the Fed decides not to taper given the aforementioned risks, there is the little matter of the debt ceiling. The U.S. Treasury’s cash account is dwindling ahead of the expected lifting of the debt ceiling. Once that occurs—and it will—the alternative is outright default on U.S. debt, and the Treasury will be issuing debt to boost its cash balance by up to $800 billion in a matter of months at most. This is effectively quantitative tightening.

There is also the $1.2 trillion infrastructure bill that is drawing closer to full approval and the $3.5 trillion stimulus package to follow. The Fed will have to fund most if not all of this.

The point being: whether we get a hawkish or a dovish statement from Powell, the Fed will be forced to increase their monthly QE significantly to account for all the new debt being issued. Rather than stating their need to increase QE to fund more government spending, they would prefer to say it’s necessary to support the economy, i.e., stocks. A significant correction in stocks would provide the excuse they need. The only question: will it be sooner or later this year?

When the Fed turns on the monetary spigots again to an even greater extent than they did post March 2020, in conjunction with massive new fiscal spending, then it is time to truly load up on precious metals and miners and sell the dollar, imho. In fact, Gold and the rest are likely to start rallying ahead of time in anticipation of such stimulus, just as they did in October 2008 and August 2018.