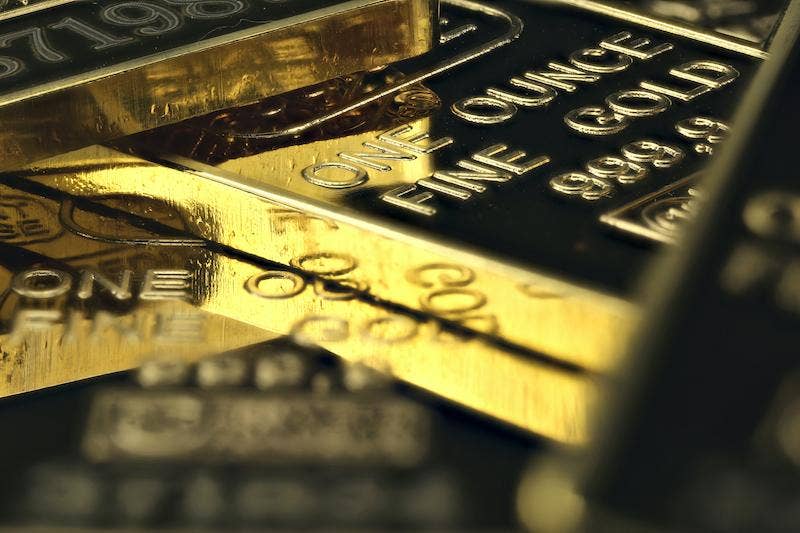 It has been a very challenging year for precious metals investors, and our struggles may continue a while longer. However, all is not lost and we are not yet doomed to repeat the pattern from 2013-2018.

And it has been particularly challenging since the June FOMC meeting. Sentiment shifted toward an eventual "taper" of The Fed's current $120B/month QE plan, and this sent the U.S. Dollar Index soaring, which in turn sent the COMEX precious metals plunging.

Many important technical levels have been breached and traders have shifted into a sell-the-rally mode, which mutes every bounce in price. Further, overt manipulation by the Bullion Banks continues unabated, even after the recent convictions of two Bank traders.

The most recent deliberate event occurred last Sunday evening at 6:45 EST. The futures markets had just reopened for the week, and the hours before the Monday Asia open is typically the lightest volume period...which makes price particularly vulnerable to smashes.

Note below that over 18,000 Dec21 COMEX gold contracts were traded in less than 20 minutes Sunday evening. That's the physical equivalent of 1,800,000 ounces or about 56 metric tonnes that *someone* HAD TO IMMEDIATELY SELL at 6:45 on a Sunday evening, during the most illiquid time of the week. 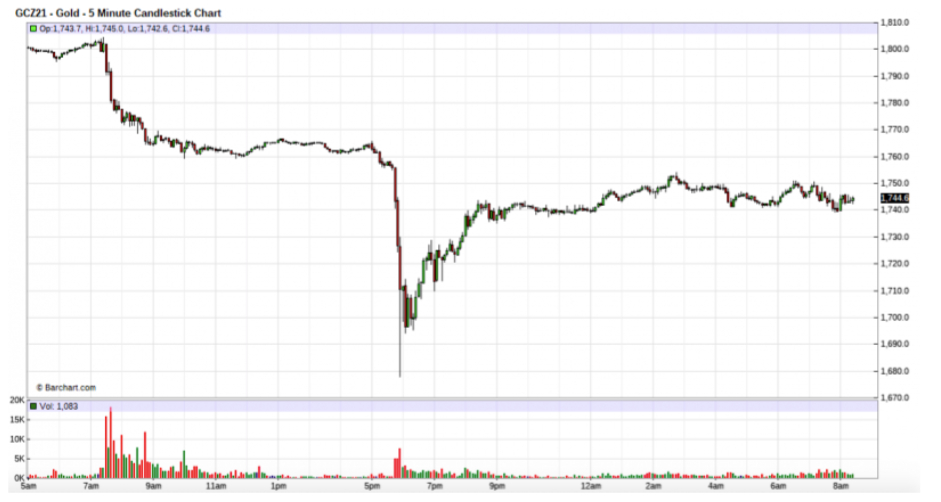 Unfortunately, what's done is done. So let's take time today to instead map out where prices may be headed from here and what factors could cause things to eventually improve.

Again, this current washout period began at the conclusion of the June FOMC meeting, where taper was first discussed and, perhaps more importantly, The Fed began to pay a nightly rate of five basis points on excess reserves. This has served to drain some liquidity and, in turn, has crunched gold, silver, and most of the commodities.

After last week's announcement by Vice Chair Clarida that a QE taper schedule is pending, prices turned sharply south and have yet to show any significant bounce.

So for the next couple of weeks, we shouldn't expect much traction to the upside. Instead, the market will wait for details from Chair Powell, and those details should be revealed at the annual Jackson Hole event scheduled August 26-28. After that, we'll await confirmation and specifics at the next FOMC meeting planned for September 14-15.

In the DXY, the levels appear quite clear. Since June, the index has targeted the late March highs near 93.40. This will likely be breached in the days ahead, leading to a final extension toward 94.50 and 95.00, after which the index will finally begin an extended pullback.

This final leg of the DXY rally will, of course, lead to continued selling pressure on the COMEX metals. However, since this current period has already extended for nearly two months, both COMEX gold and COMEX silver have reached extreme oversold levels. Therefore, any further price damage should be limited to simply a retest of support at the March lows. If those lows hold as I expect they will, a new base will have formed and prices will then rally as the DXY falls backward. 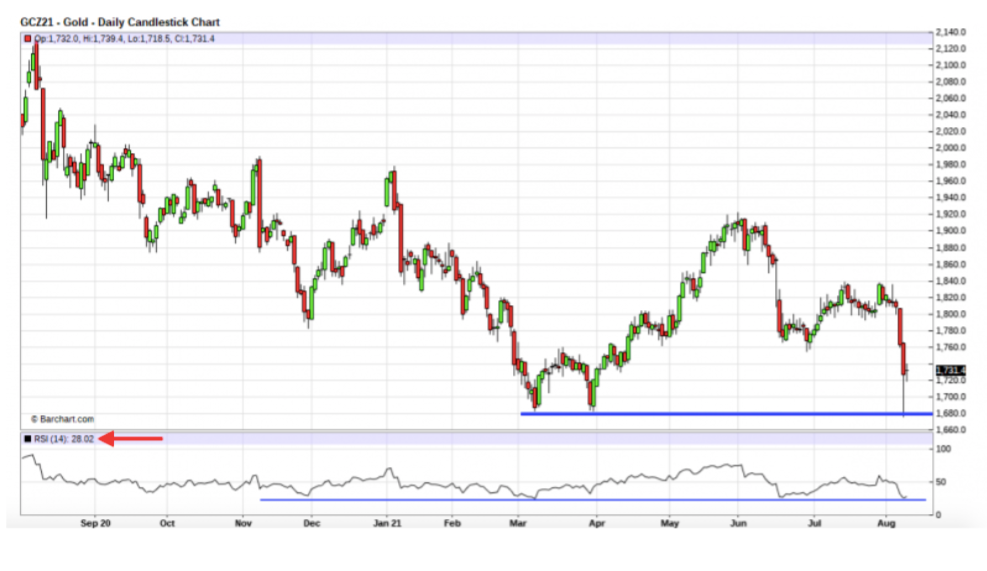 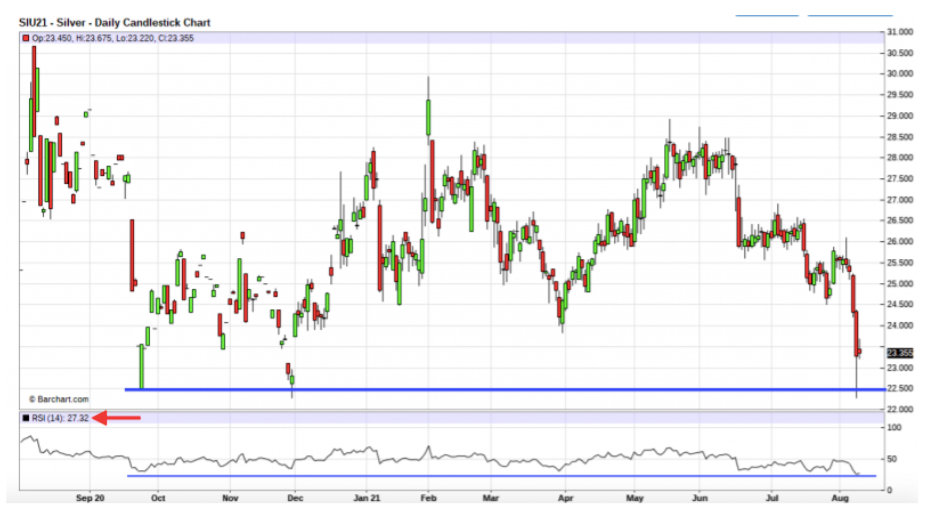 In summary, you might expect more price weakness over the next few weeks but a rally into year end is not only possible, it's likely. From there, we'll assess where the precious metals will head in 2022. The year 2021 certainly has not played out as planned, but as Peter Boockvar notes below, those who believe The Fed is truly trapped should soon be rewarded.