Reasons to be Bullish Gold & Silver 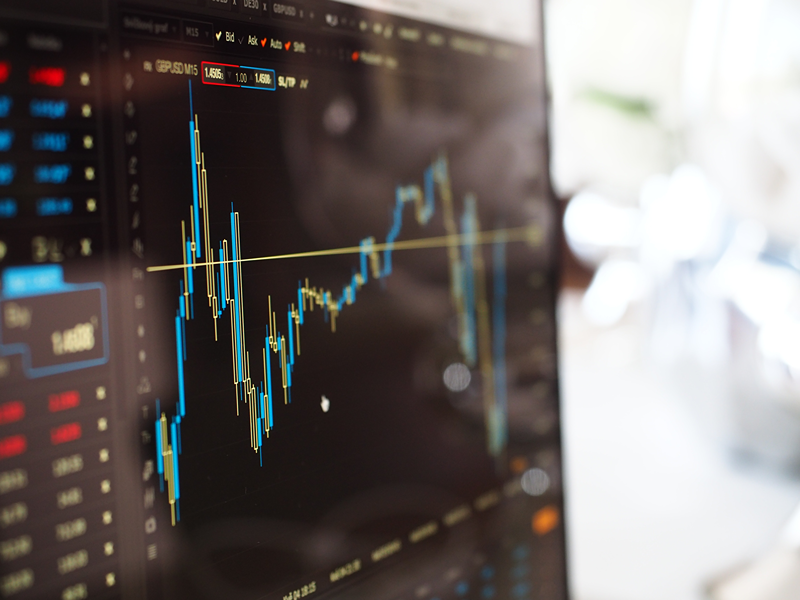 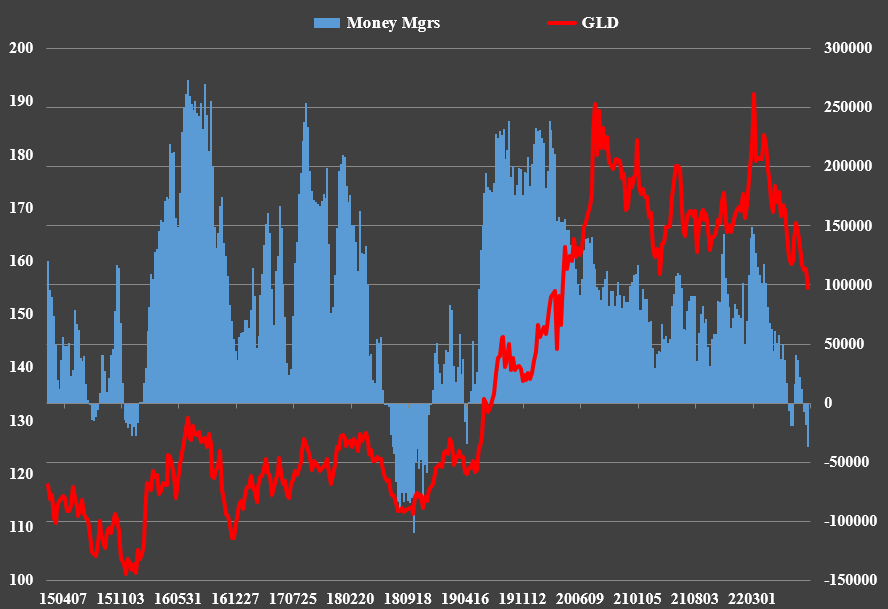 Small Specs have their lowest net long position since December 2018.

Commercials have their lowest net short position since July 2019.

Open interest is hanging around mid-2019 levels too. 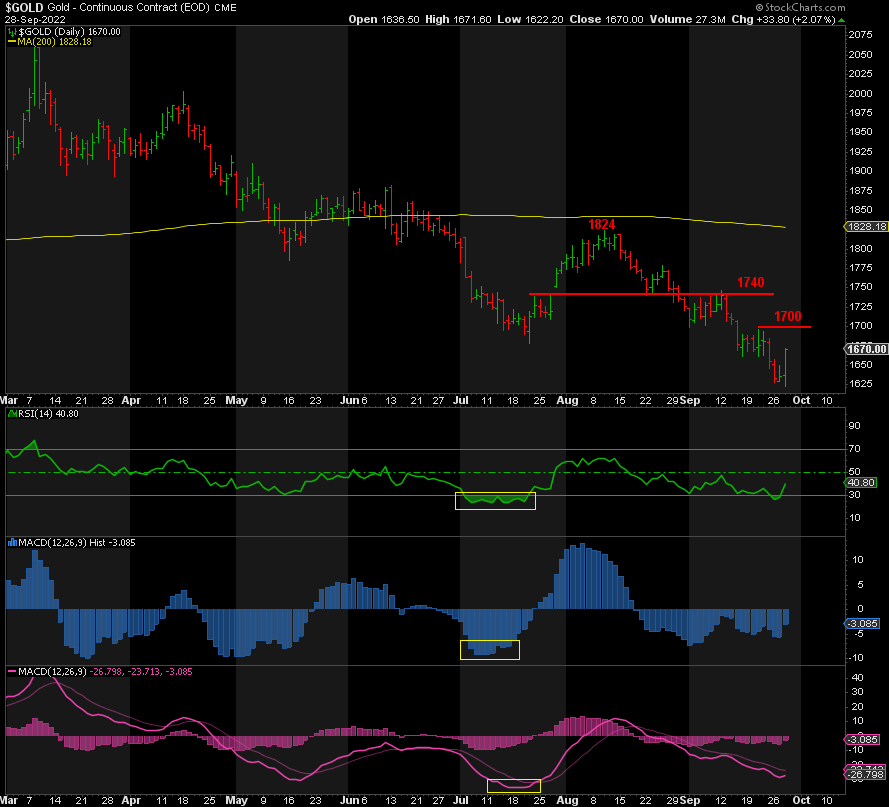 Daily: Coming off an extreme oversold RSI of 26 and positively divergent across all indicators.

MACD Line is at its most oversold since 2013.

Completing wave 4 off the low in December 2015 with wave 5 to new record highs next. Just waiting for the bottom here. 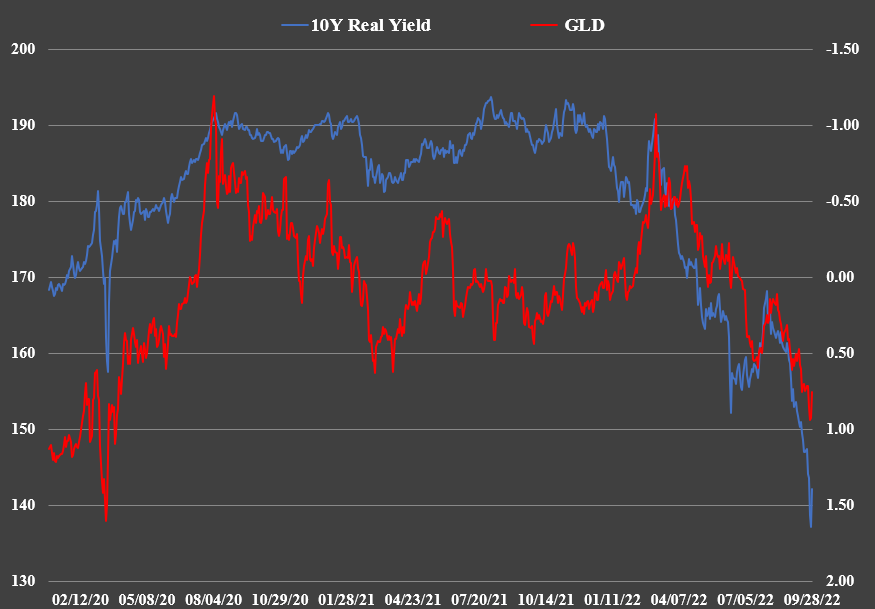 10Y real yield just hit its highest level since April 2010, 12 years ago. The risk-reward is down from here.

Nominal bond yields just hit an extreme overbought 4%, prices were extreme oversold and bearish. The risk-reward is lower yields, imho. My target on the downside is 1.50% 10Y. 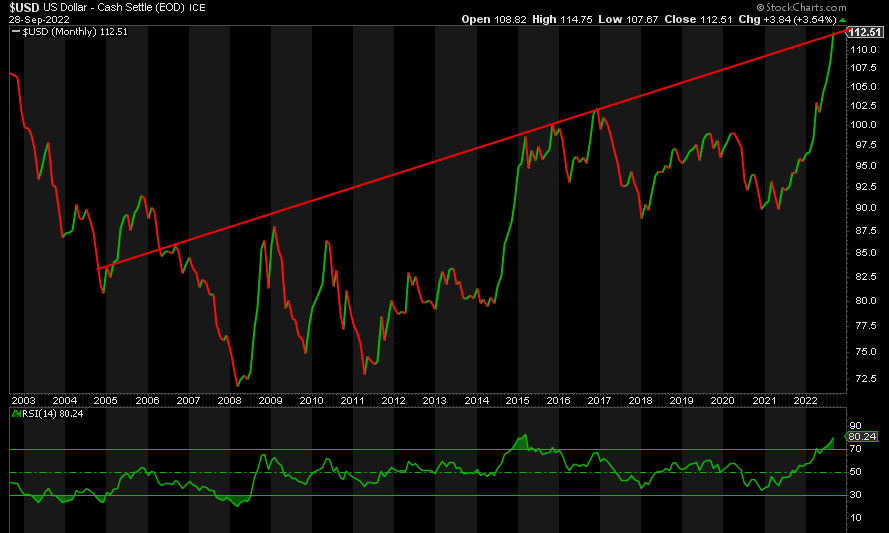 DXY at its highest level since May 2002, over 20 years ago. Monthly RSI is at 81 for only the second time in the past 30 years. Beyond extreme overbought! Sentiment is extreme bullish, which is bearish. Banks are also short the dollar. Risk-reward is increasingly to the downside, especially when the Fed pivots.

May have already bottomed at 17.41 three weeks ago… GSR peak ~100 and now falling would explain why it bottomed ahead of Gold (if it has bottomed). 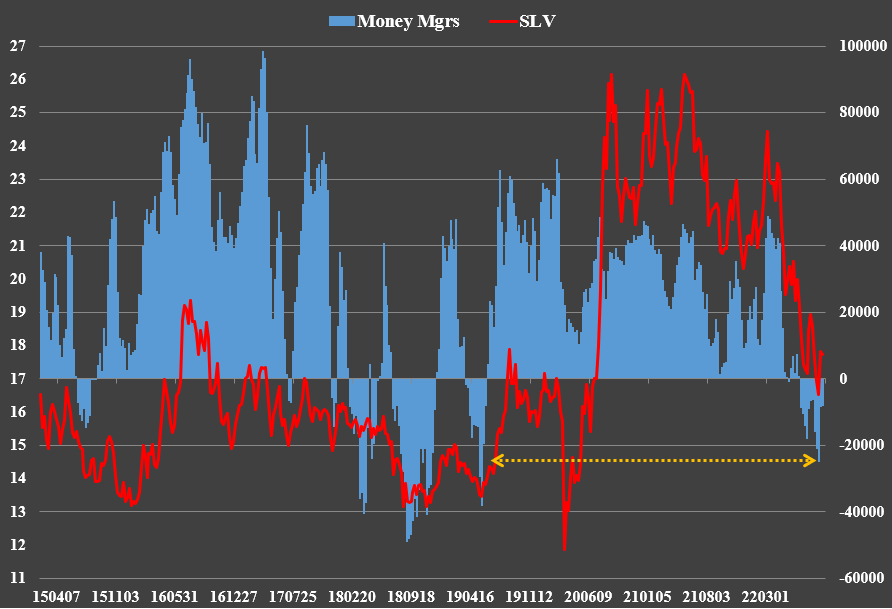 Small Specs have their lowest net long position since September 2017, five years ago.

On September 6, Commercials turned net short for only the second time in history, the last time being September 2018.

Open Interest hit its lowest level since January 2014, over eight years ago (2018 Palladium anyone?).

May have already bottomed, coming off its lowest levels since March 2020 and August 2018. 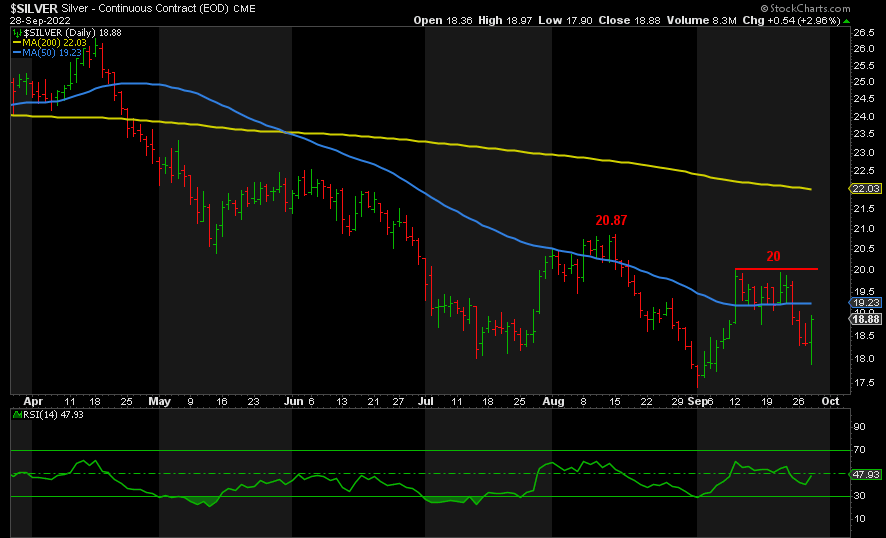 Daily: Silver has bounced off a second positively divergent lower low. But it hasn’t broken the series of lower highs and lower lows yet. First is a break of 20, then the August high of 20.87, and most importantly, the 200-DMA around 22. My target thereafter is 35-40. Until then, the risk remains down.

Weekly: Silver is rising off a positively divergent lower low on all indicators and its lowest MACD Line since 2013. But it still has to take out the resistance levels outlined on the daily chart to confirm the bottom is in.

It’s all about the FED and a possible PIVOT.

Official recession is confirmed by sharp drop in GDP and/or jump in unemployment rates.

Emerging market collapse due to event like LTCM in 1998.

China announces how much Gold they really have, 20k tonnes or more.

Following today’s surprise announcement of a reversal to QE due to a collapse in UK sovereign bonds, don’t be surprised if other central banks, including the Fed, follow suit.

WAIT FOR A BREAK OF RESISTANCE followed by a higher low and a higher high, i.e., trend has turned UP!