Risk Remains, Waiting for the All-Clear 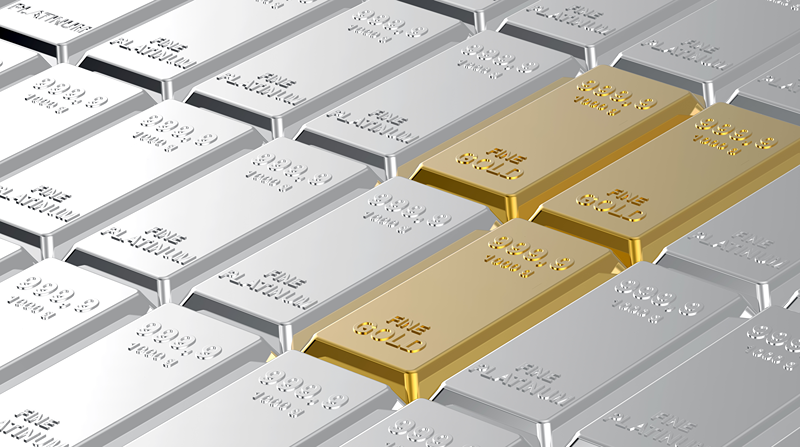 Courtesy of the Fed’s inability to communicate in a clear and concise matter on monetary policy and its collective denial of the recession already underway, we’re still waiting for final confirmation that the bottom is in. Unfortunately, Fed policy is the primary determinant of all markets these days, including precious metals and miners. While it is almost impossible to interpret the Fed’s intentions, certain market levels can and will tell us that the bottom is in and the rally to new highs has begun. 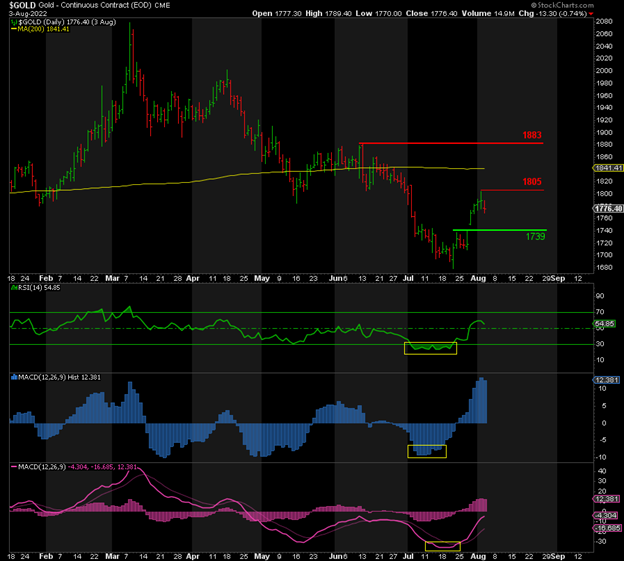 As I’ve said before, we are looking for a series of higher lows and higher highs. Gold hit resistance at 1805 and may try to close the gap below to 1739. 1739 must hold or lower lows are on the cards. As long as we bottom at 1739 or anywhere above there, then take out 1805, the series of higher lows and higher highs continues. Ultimately, just testing 1883 would cement the fact that the bottom is in imho. I don’t expect it to break on the first attempt and will likely lead to a decent pullback before we do take out 1883. That would provide the final opportunity to jump on the train northward.

Summary: 1739 key support, break of 1805 thereafter increases the probability that the bottom is in. 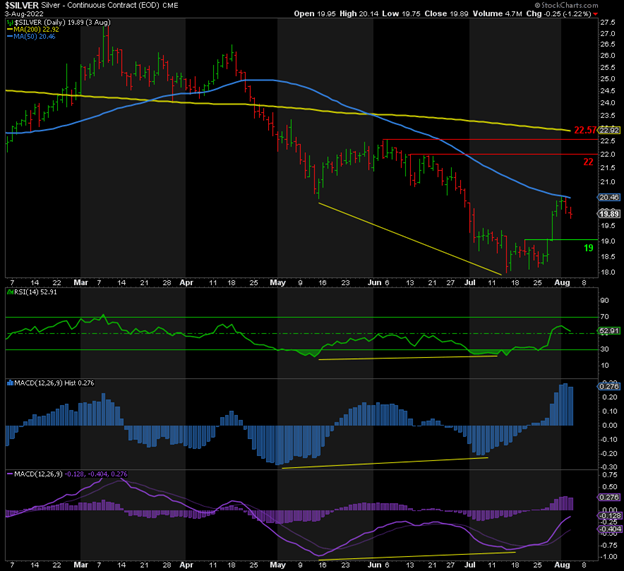 Exactly as predicted, Silver ran into resistance at its 50-day moving average. While it could go back to 19 and still maintain its series of higher lows and higher highs, I would prefer not to see such a deep pullback. Ideally, 19.70 holds as support for a break of the 50-day MA. Below 19.70 and it’s a toss up whether we see lower lows next or not. By contrast, a break of the 50-day MA would signal at least a test of 22 on a closing basis and perhaps the intra-day peak of 22.57. Again, like Gold, I would expect a decent pullback should we reach 22. Then anything above the prior low of 18 would confirm the low is in and a final great opportunity to get long for what follows.

Summary: 19 must hold, but 1970 ideally holds. Break of the 50-day moving average significantly increases the probability that the bottom is in place. 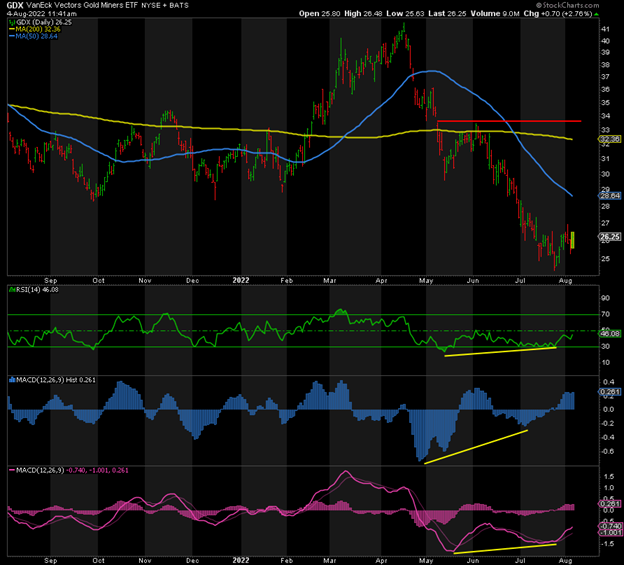 GDX is the laggard of the group. It may be the one signaling trouble ahead, or more likely, it is getting ready to catch up, as it does at almost every major low in precious metals. In simple terms, it needs to take out 27 next and hold support at the low of 24.38. 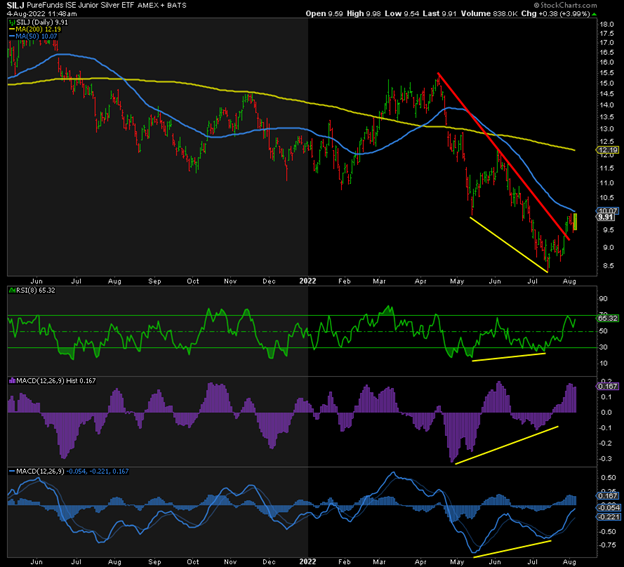 In stark contrast to GDX, SILJ has been the best performer by far. But again, as predicted, it has run into a brick wall at 10, the 50-day moving average, prior support and now resistance, and a key Fibonacci level: 61.8% of the entire move up from 4.75 to 18.77. Until we take out 10, the risk of lower lows remains. Should we break 10, the prior high of 12.20 and/or the 200-day moving average are my targets for the peak before a bigger pullback to allow everyone the opportunity to load up for what follows. Support is at 9.35.

While the recent moves higher have been extremely encouraging, we still do not have confirmation that the low is in. That confirmation comes with higher highs ahead, while holding support levels on the downside. Until then, lower lows remain a risk. We’ll know within the days how this is going to play out next.