Risk-Reward Increasingly Skewed to the Upside 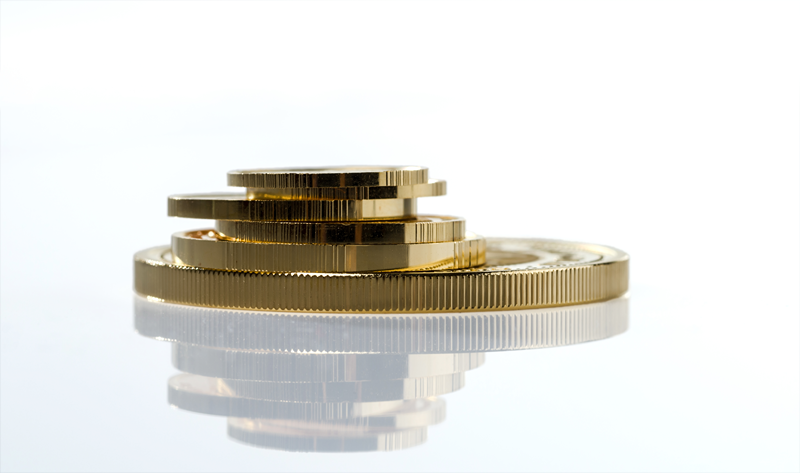 Little has changed in the past week in terms of the narrative. The Fed is still hell-bent on conquering inflation, per the latest FOMC minutes. But cracks are developing in the façade.

The Fed cites the strength of the economy as an enabler of monetary tightening to bring down inflation, but all data contradicts that assumption. The economy is weak and getting weaker. Now the market is starting to realize this, and expectations for future rate hikes are softening. Stocks have rebounded off their lows, and bond yields and the dollar are off their highs. A short squeeze in stocks is likely.

Yet, in this crazy market, it is a rally in stocks that will facilitate further tightening by the Fed. That is, until the market wakes up and realizes the S&P is up while the Fed has raised rates even further. Next comes a sharp drop to lower lows. This assumes that the Fed does not capitulate on its policies sooner rather than later. With stocks rebounding off their lows, I don’t see why it would.

As long as this tightening cycle continues, downside risk remains for Gold, Silver, and the miners. But as I’ve said numerous times in the past few months, Gold may already know that a Fed reversal to more stimulus on steroids is the most probable outcome and may have already begun its rally to new record highs. If not, then lower lows are on the way. But either way, this is noise in the short term, even if it’s painful, because the Fed’s reversal is inevitable, imho. Gold and the rest of the complex will soar when that happens. My best guess for that reversal remains the September to October timeframe or sooner. In the meantime, we’re simply analyzing how the pennies play out. 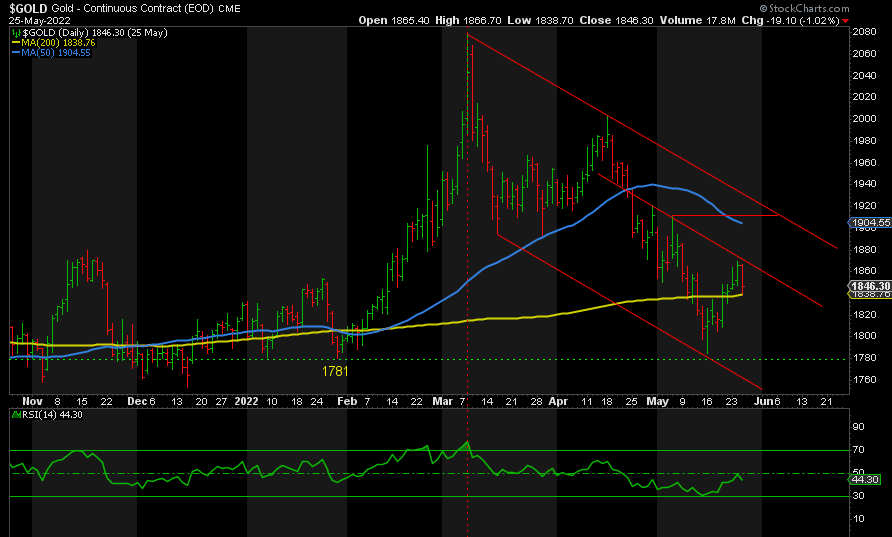 Last week, I pointed out that the COT positioning in both Gold and Silver signaled that we are due at least a healthy bounce or the bottom is in. Well, we have at least a bounce so far, from 1785 to 1869. It has since fallen back to the 200-day moving average to 1839, a 38.2% retracement.

The question now is whether we get a higher low anywhere above 1785 and then break 1869 to signal that the trend has turned to the upside or we get a positively divergent lower low. Either way, Gold is setting up for a rally to new record highs, imho. 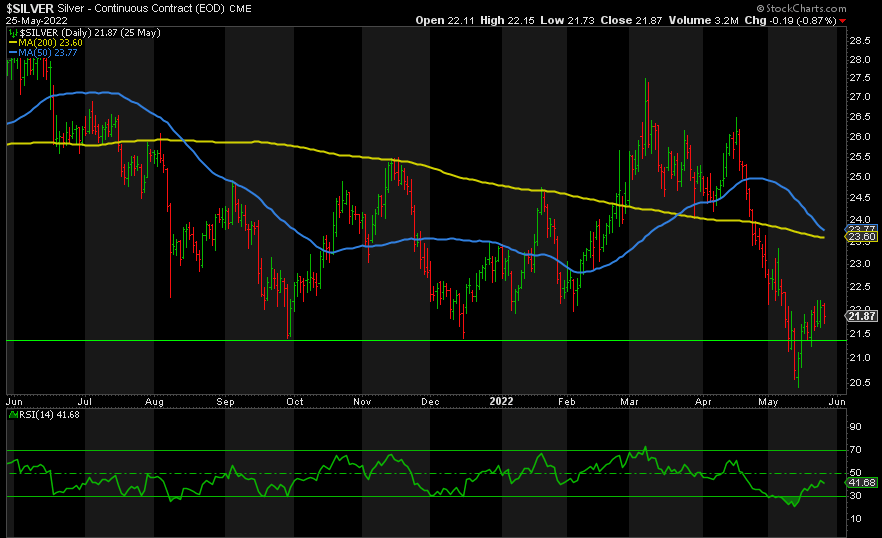 It’s simple from here. Either we go straight up and take out both the 50-day and 200-day moving averages or we get a higher low or a positively divergent lower low ahead of the coming rally. I would prefer the latter. 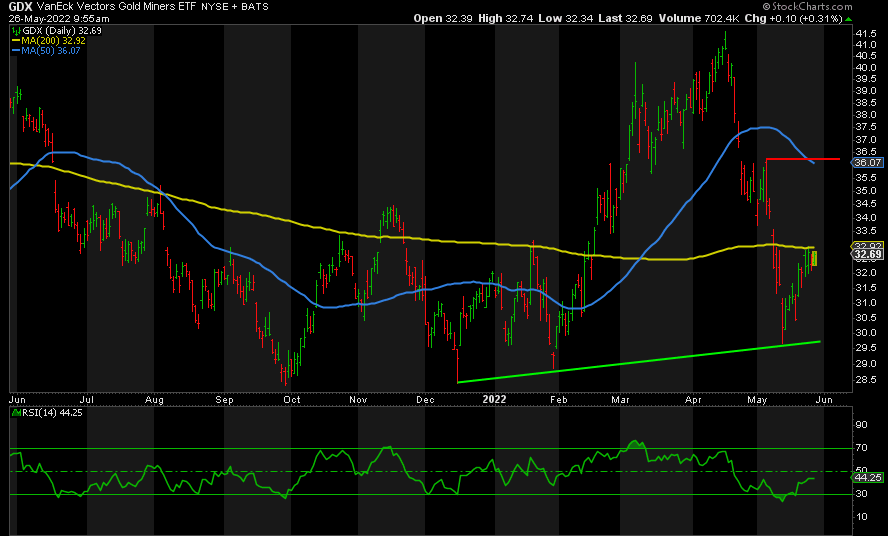 GDX also got a nice bounce from 29.66 and ran into its brick wall at the 200-day moving average. At the risk of sounding like a broken record, we need to see a higher low next or a positively divergent lower low to signal the bottom is in and we’re off to new highs.

In conclusion, the Fed dominates the bigger picture. We’re just waiting for the next 180 to confirm record highs are coming. In the short-term, the risk of lower lows remains but the worst is over, imho. The risk-reward is heavily skewed to the upside.