Signs the Next Rally in Gold has Begun 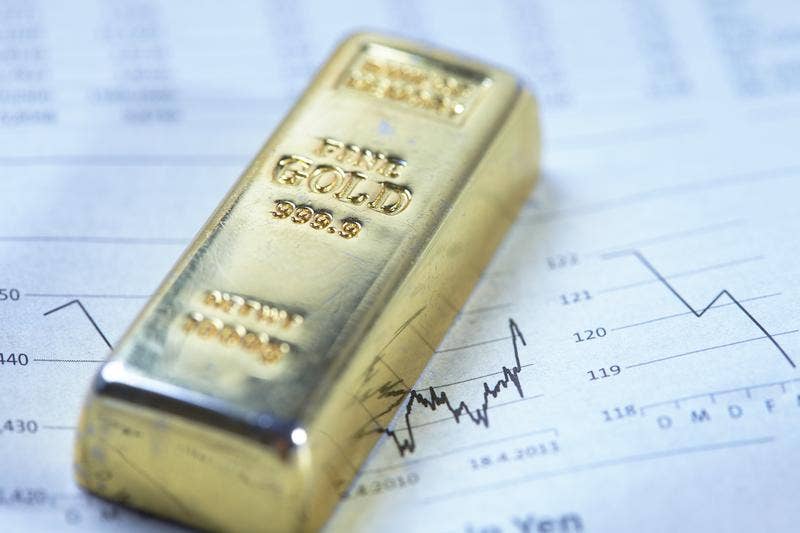 Using Gold as a proxy for the entire sector, there is little evidence to signal which direction it is going in the short term. Beyond that, we’re only going much higher, in my humble opinion.

The technicals are in a vice on a daily and weekly basis: 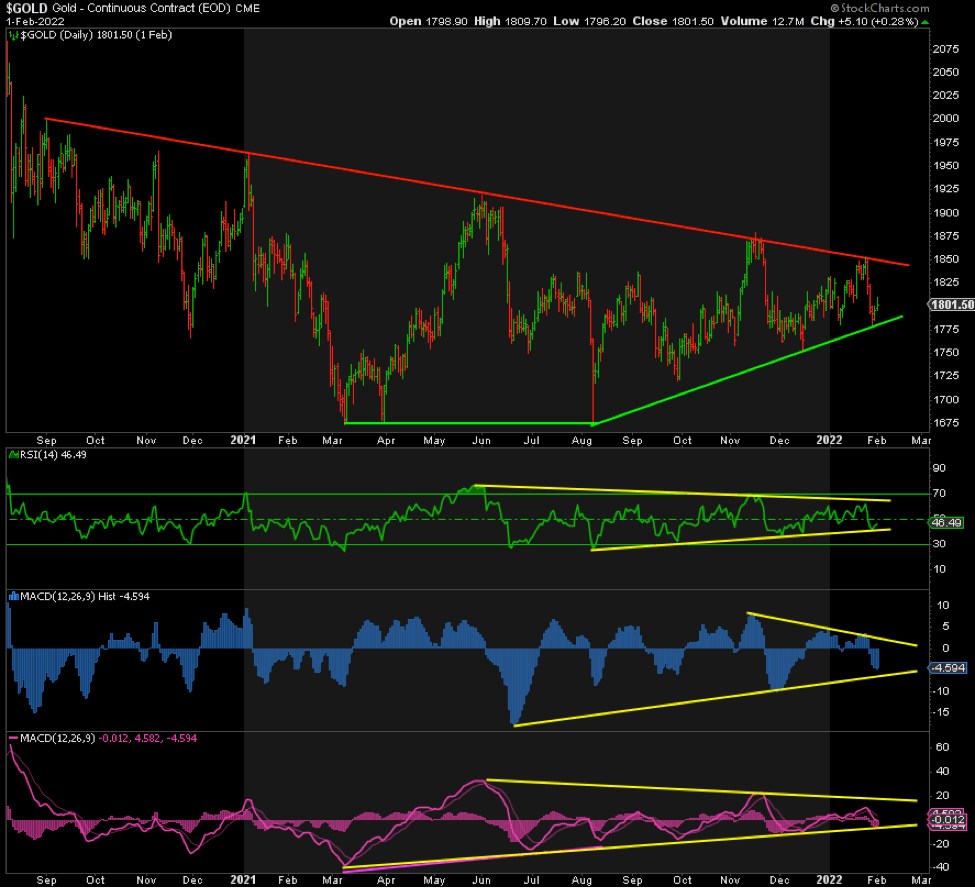 I’m patiently waiting for a break one way or another to provide direction: 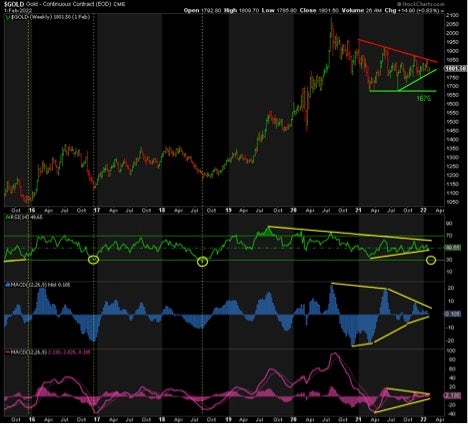 The COT data doesn’t provide any extremes either. Funds are still holding a healthy long position but nowhere near the peaks of 2019 and 2020 nor the lows of 2018: 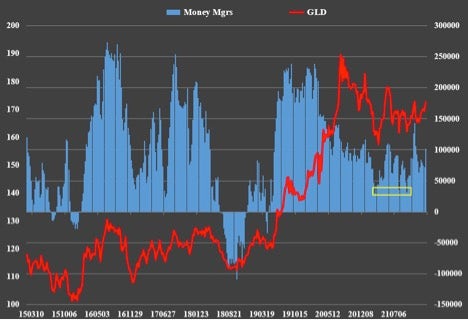 The same goes for the Banks on the short side. They remain very short but well off their peak positions in 2020. They’re even further away from neutral when Gold bottomed out in 2018 and 2015. 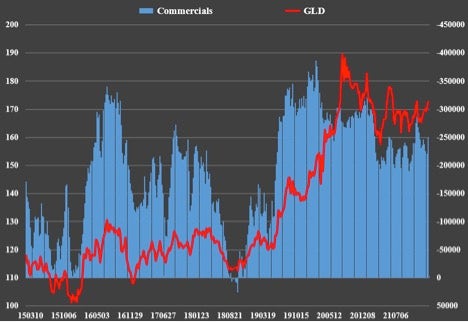 Switching to inter-market analysis, the DXY tends to move inversely to Gold. It has enjoyed a strong move up since May. 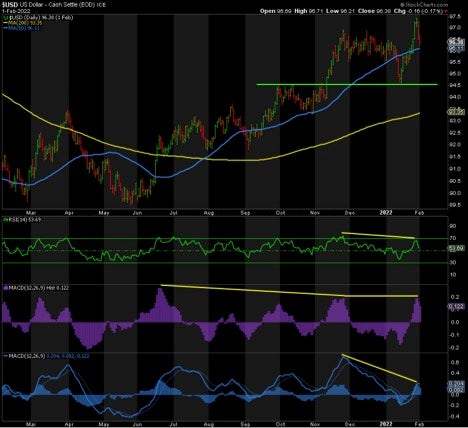 The problem is we don’t know if it has already peaked or has one more higher high to come. It has fallen back towards its 50-day moving average, courtesy of the negatively divergent higher high on January 28. But without a break below key support at 94.50, this could just be a short-term pullback before higher. We’ll know soon enough based on how high the next move up reaches. A lower high and the peak is probably already in place. If we break the prior high at 97.44, it’s just a question of how high it goes before it begins its dump to 89-91, imho. I don’t see it going much beyond 100 at most. 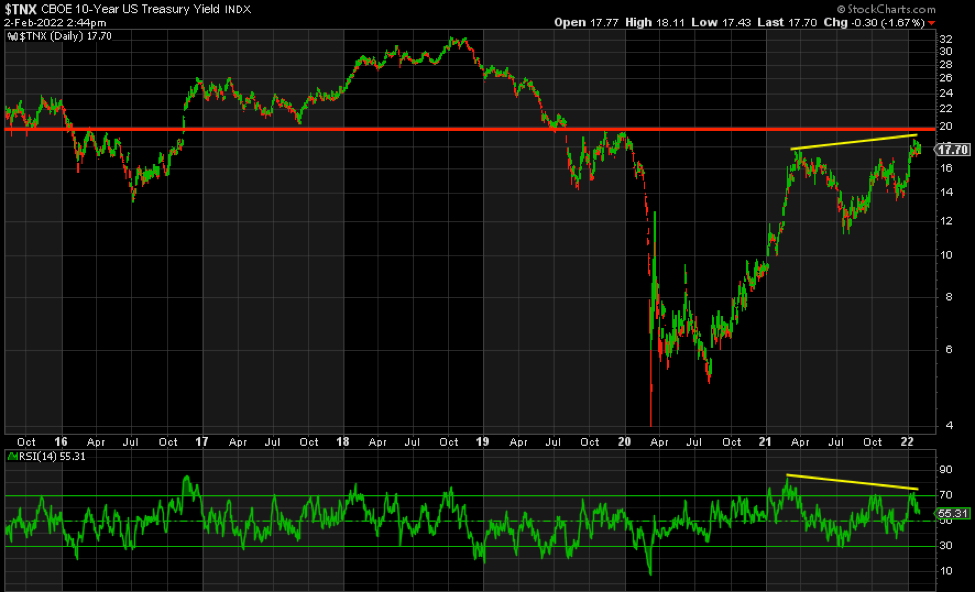 The same situation applies to the 10-Year Treasury Yield. It just hit a negatively divergent higher high and fell back, but there is still room for one more higher high at or above 2%. Lower yields tend to undermine the dollar and support Gold.

More importantly, 10-Year real yields, which have soared since December 30th and have started falling again, could also see high highs before they dump again. Courtesy of Quandl.com:

Falling real yields are perhaps the most supportive indicator of higher Gold prices.

Saving the best until last: the stock market and the Fed. Stocks fell over 10% since the FOMC minutes on January 5, signaling rate hikes and the end of the taper sooner than expected. It has since recovered two thirds of the decline thanks to some softer tones from the Fed along the lines of being “data dependent” and a squeeze of many shorts recently put in place. In a nutshell, the Fed has not walked backed its plan to hike rates ‘yet’. Until that occurs, the downside risk in metals and miners also remains.

I can hear you saying, “That’s great, Dave, but all I’ve heard is that Gold could go up or down, which tells me nothing.” I am just sharing the indicators that I am monitoring to determine when Gold and the rest of the sector have bottomed out. Perhaps sharing the ideal factors I’ll be looking for to signal the bottom is in for Gold would be more beneficial?

a. Extreme low in RSI < 30 or positively divergent lower low in price coming off an RSI of 30 or below;

b. Extreme low in MACD Histogram or a positive divergence coming off an extreme low;

c. Extreme low in MACD Line or a positive divergence.

2. Weekly chart: Extreme low in RSI and both MACDs is sufficient.

Not all of these are required, but a combination of several of these factors would provide a great deal of confidence that the bottom is in place and we’re heading up to new record highs next.