The Pain Is Almost Over 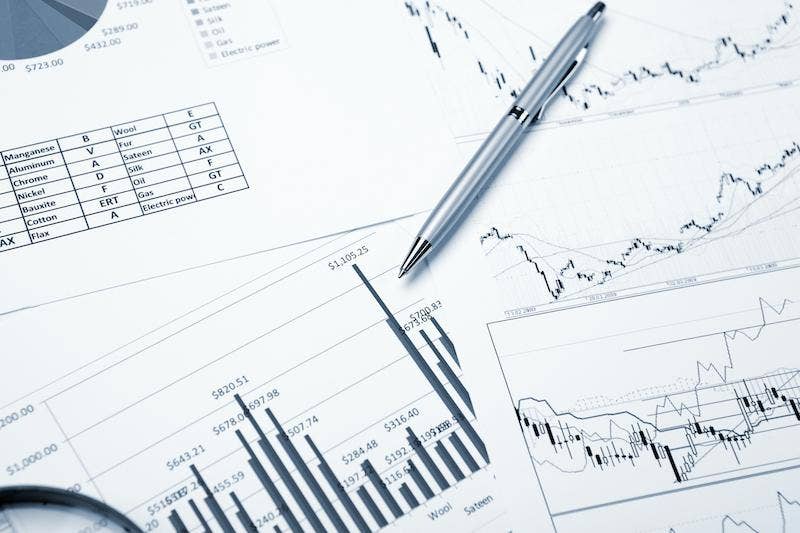 Did you know? You can get the Sprott Money Weekly Wrap Ups, Ask The Expert, special promotions and insightful blog posts sent right to your inbox.

My apologies for the tardiness of my article this week, but given my focus on bond yields and the implications for precious metals and miners, I wanted to wait to hear what the chief ‘Facilitator of Spending’, Fed Chair Powell, had to say during a Wall Street Journal conference today.

Here are the highlights with my comments below:

“We expect that as the economy reopens and hopefully picks up, we will see inflation move up through base effects,” Powell said. “That could create some upward pressure on prices.”

With respect to the need to raise interest rates, he said: “There’s just a lot of ground to cover before we get to that,” even if the economy sees “transitory increases in inflation … I expect that we will be patient.”

“We’re very mindful and I think it’s a constructive thing for people to point out potential risks. I always want to hear that,” he said. “But I do think it’s more likely that what happens in the next year or so is going to amount to prices moving up but not staying up and certainly not staying up to the point where they would move inflation expectations materially above 2%.”

Financial markets were hoping for an increase in QE to stem the rapid rise in bond yields recently, and their disappointment was reflected in yields jumping higher on the news while stocks and precious metals fell.

Such expectations were wildly optimistic, in my opinion. I can’t remember the last time the proverbial house was on fire and the Fed screamed “Dial 911!”, because they never have. Remember “Subprime is contained”? Instead, they try to talk down yields with words like ‘transitory’ and ‘patient’.

In reality, I believe they know exactly what is going on and fully plan to cap bond yields in the very near future. They have no alternative. A further sharp rise in the cost of debt would raise some very difficult questions about the solvency of U.S. finances, which could risk the collapse of all markets. The key question is: when will they intervene? 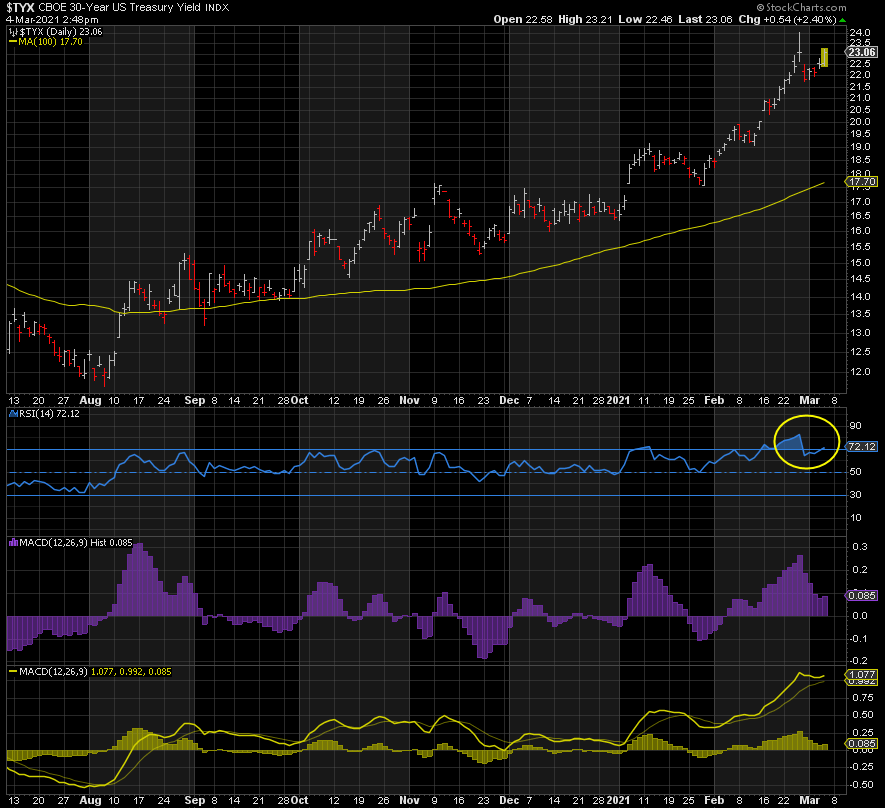 Last week, I shared my belief that the 30-year Yield cannot be allowed to go above 2.75%-3.00% and that I am looking for a negatively divergent higher high in yield above the prior of 2.41%. At either or both of those points, the Fed must intervene. When they do, yields will fall and Gold, Silver, and the miners will begin their next rally to new highs. The same thing happened in reverse last August when yields bottomed out.

Far from being a negative for precious metals and miners, today’s comments from Powell accelerate the time it takes to reach those yield targets, the subsequent intervention by the Fed, and finally the bottom in Gold and Silver.

The alternative is that the government does the job for them by mandating a Federal lockdown of the U.S. economy in April. This would instantly reduce inflation expectations and cause bond yields to fall naturally. Either way, the result is the same for precious metals and miners. The pain is almost over.