A quick and easy report today, focusing on the technicals. 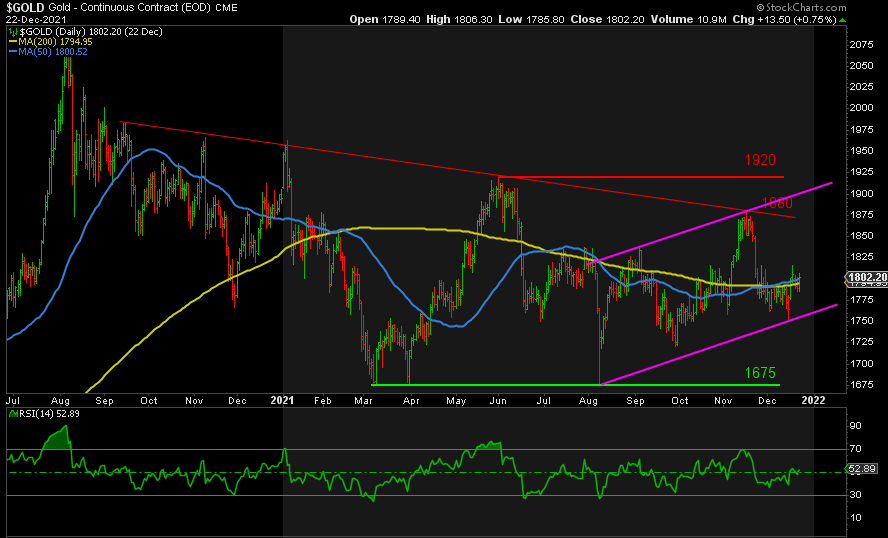 Little has changed in Gold. Stuck in no man’s land right now between 1760 and 1816 in the short-term and 1675 to 1880/1920 from a bigger picture perspective. The fact that both moving averages are basically flat and sitting on top of one another says it all. The RSI is also neutral. 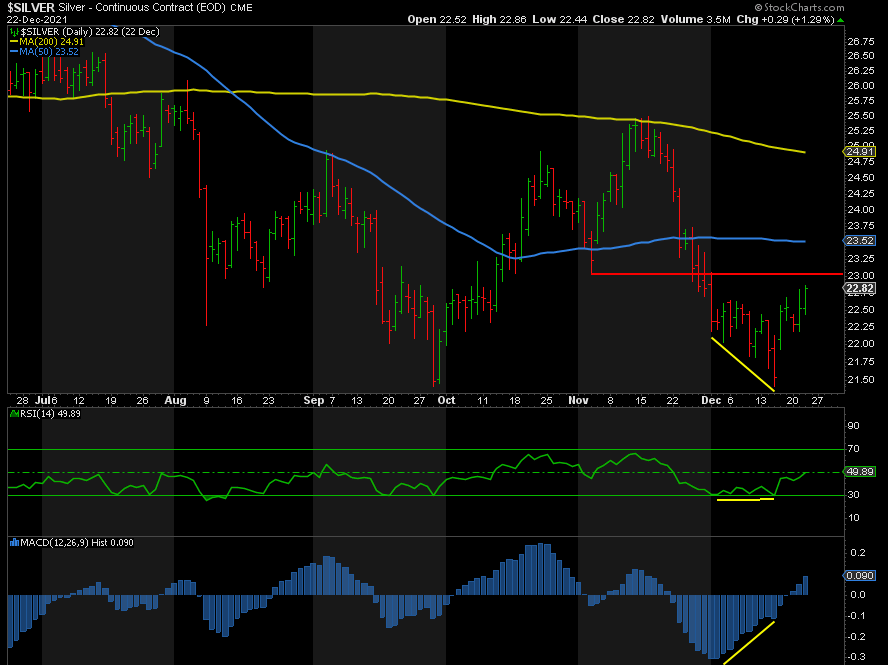 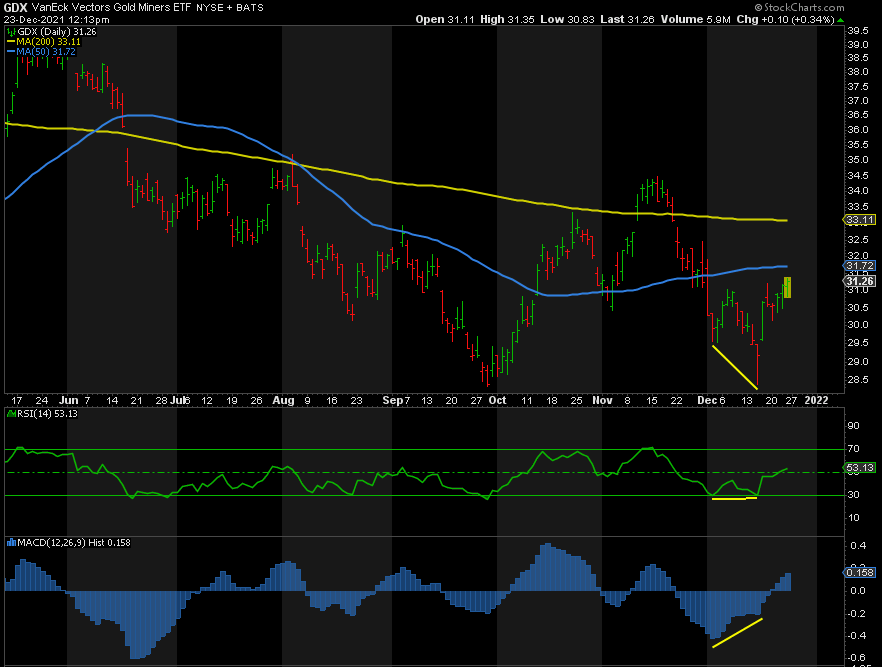 GDX also continues to benefit from its positively divergent double bottom, but it’s now running up against its 50-day moving average at 31.70. Support is at 28.40. 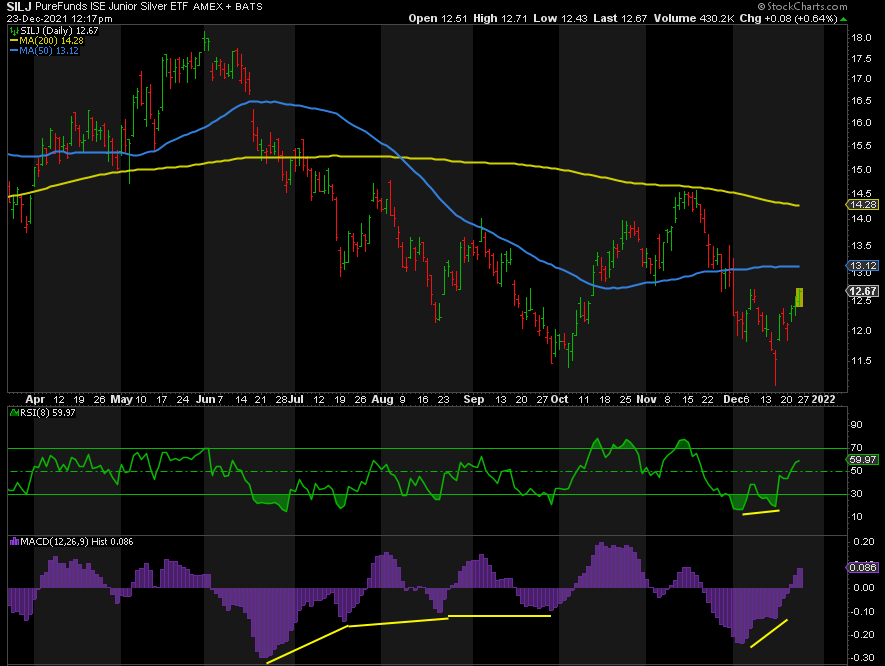 Same story, different asset. SILJ is testing resistance at 12.72 for the third time. If it gets through there, then the 50-day moving average is waiting just above 13. Support is at the prior low of 11.12. 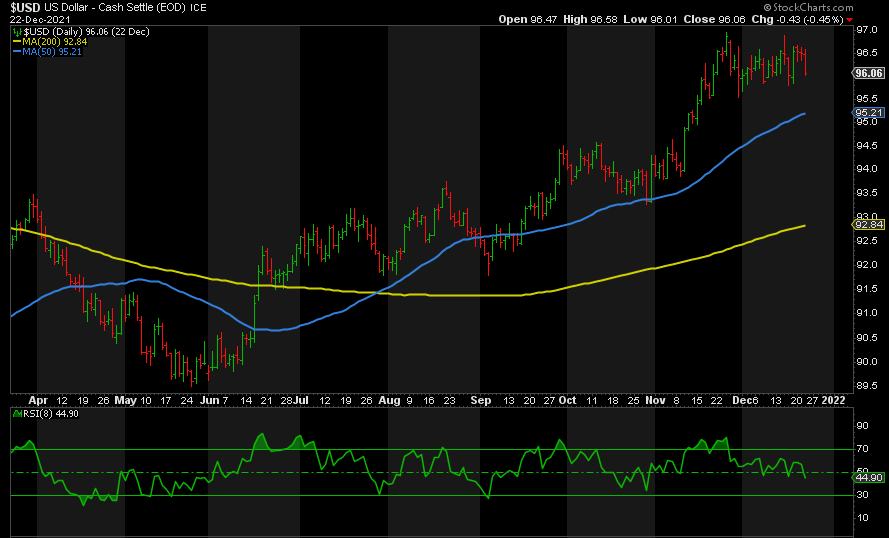 I’m still not convinced that the peak is in for the DXY. The extreme overbought condition in the RSI has corrected to below neutral with a relatively small decline in price. My ideal scenario is a negatively divergent higher high before it tanks towards 89. 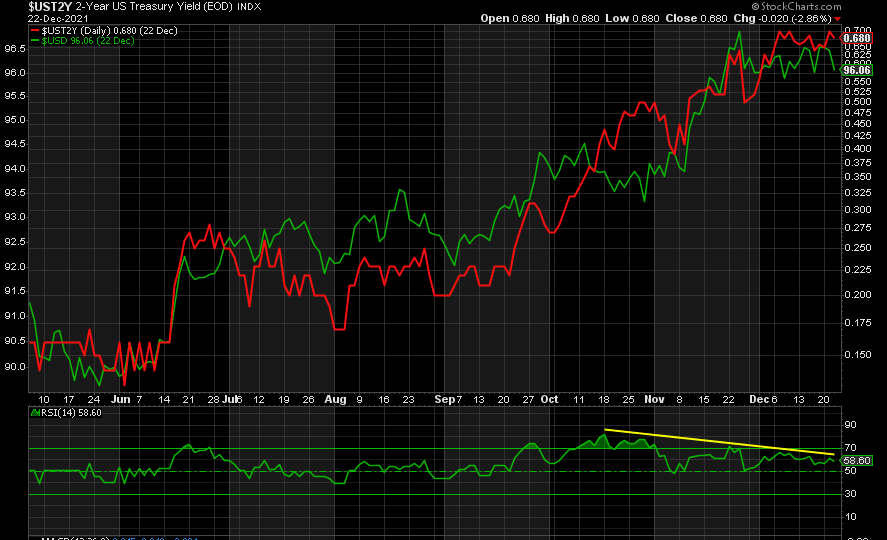 Negatively divergent higher highs in the 2-Year bond yield also suggests that the dollar’s days are numbered, assuming the tight correlation between the two continues. 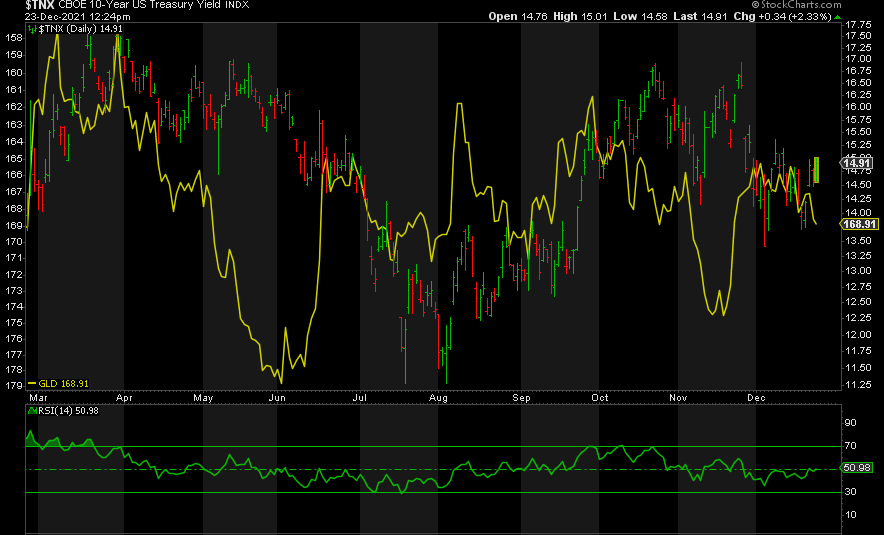 The 10Y yield continues to trade more or less sideways with a bias to the upside in the short-term. That said, I’m going to continue to rely on the Banks’ big net long position in bonds which signals far lower yields are coming sooner or later, which should benefit the metals and miners. 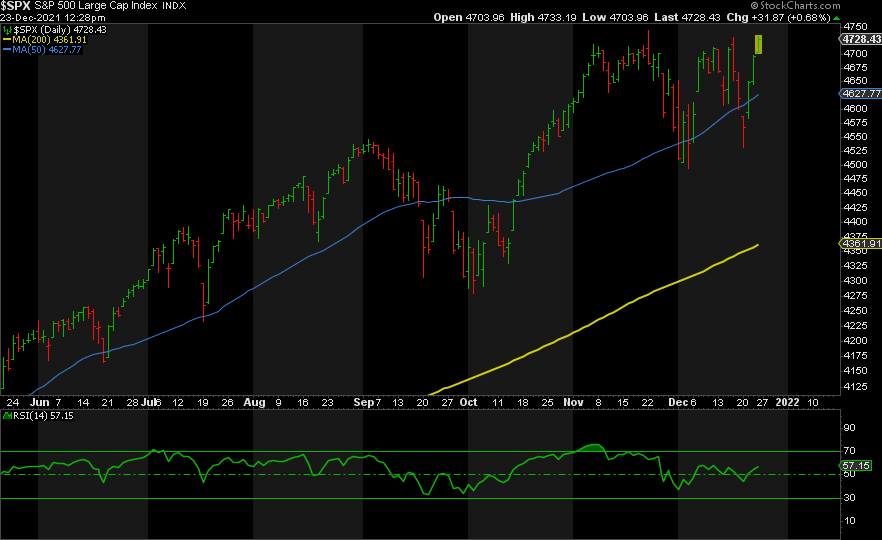 We’re getting the forecasted move up to ~4900 and, ideally, it will be a negatively divergent higher high triggering the dump in stocks I am waiting for in January or February. I expect the Fed to step in and reverse their policy error on QE once stocks fall ~10%. Metals and miners will soar at that point, at the latest, but the rally may have already begun too.

I wish everyone a joyous and memorable holiday period and a prosperous New Year with the prospect of a spectacular rally following a dismal 2021.