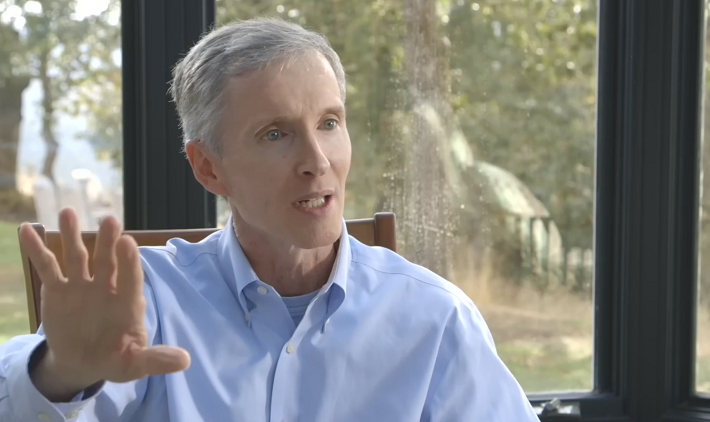 Twenty years ago Doug Noland was so worried about imbalances surrounding the dot.com boom that he began to title his weekly reports “The Credit Bubble Bulletin. Years later, he warned the world about the impending 2008 crisis.

However a coming implosion, he says, could be the biggest yet.

“We are in a global finance bubble, which I call the grand-daddy of all bubbles,” said Noland. “Economists can’t see it. They can’t model money and credit. However, to those outside the system, the facts are increasingly clear.”

Noland points to inflating real estate, bond and equity prices as key causes for concern. According to the Federal Reserve’s September Z.1 Flow of Funds report, the value of US equities jumped $1.5 trillion during the second quarter to $42.2 trillion, a record 219% of GDP.

Noland may be right. A report by the International Institute of Finance released in June estimated that global government, business and personal debts totaled $217 trillion earlier this year. That’s more than three times (327%) higher than global economic output.

Adding to the complexity is the fact that not all debts are fully recorded. For example, according to a World Economic Forum study, the world’s six largest pension saving systems – the US, UK, Japan, Netherlands, Canada and Australia – are expected to experience a $224 trillion funding shortfall by 2050.

Noland’s warnings come during a time of exceptional public trust in governments, central banks, regulators and other institutions. Market volatility is trending at near record lows.

In June, Federal Reserve Chair Janet Yellen spoke for many when she said that she did not see a financial crisis occurring “in our lifetimes.”

So why would Noland, who during his day job runs a tactical short book at McAlvany Wealth Management, see things that government, academic, and central bank economists don’t?

One possibility is because Noland, who studied accounting and finance in college and began his career as a CPA at Price Waterhouse, is not an economist.

He is thus not burdened with the “dismal science's" limitations.

Although Noland eventually completed an MBA and some doctoral studies, he was never forced to buy into the econometrics groupthink that plagues the profession.

Noland is thus free to incorporate historical, financial, geographical and other data into his analyses.

Another possible reason is that Noland (unlike almost all professional economists who missed both major market implosions/recessions of the last two decades) doesn’t hide it when he makes bad call.

Stepping away from the pack

Indeed, the Credit Bubble Bulletin web-site hosts issues dating back to the late 1990s. This policy of tracking how previous forecasts play out over time enables Noland to learn from previous prescient calls, but also from ill-timed projections or mistakes.

It has also spawned a consistently-constructed narrative that identifies credit growth as the key metric surrounding systemic instabilities, which strengthened over time.

Noland’s ability to step away from the pack is far from unique. Indeed, almost all of the loudest and most eloquent warnings related to the global financial system come from non-economists.

Jim Rickards, author of The Road to Ruin, The New Case for Gold and Currency Wars, also got his initial training as an accountant. Ian Gordon and Niall Ferguson both studied history.

Robert Prechter, founder of Elliott Wave International studied psychology. Nassim Taleb, author of The Black Swan and Antifragile, did his Ph.D. thesis on the mathematics of derivatives pricing.

So how will this all play out? Noland believes that markets will eventually seize up as in 2008. Interest rates will then rise sharply as the much ridiculed “bond vigilantes” finally appear on the scene.

The practical effect will be that the Federal Reserve’s balance sheet, far from shrinking as is currently projected, could actually expand, to as high as $10 trillion and possibly more.

Noland’s track record in this respect is impressive. The last time the Fed talked about unwinding its balance sheet back in 2011, he inked a column titled “No Exit” which predicted that the policy would fail (it did), an article which remains on his web-site to this day.

The inevitable unwinding of the global credit bubble, whether done through inflation or debt write-offs, could create considerable misery, the kind of which most Americans living today have never seen.

Noland fears that in a worst-case scenario, this could lead to war, as politicians seek to distract the public from their oversight failures.

It all comes down to the massive explosion in system credit, says Noland, which has expanded far beyond the traditional fractional reserve system to include repos, reverse repos, government sponsored entities and other shadow banking system products.

“Back in the old days, you had some constraints on the amount of credit in the system,” says Noland. “However, many of these institutions now have the ability to create literally unlimited leverage.”

Whether the ex-accountant will prove right is an open question.

However, if Noland does turn out to have bungled his call, we will at least be able to study where he made his mistakes - by reading those old Credit Bubble Bulletin back-issues.

Duane R.
Reply
That's how I view this market!
Reply

Kevan Ashworth
Reply
How could this analysis be wrong. How could a major market upheaval not be on the horizon?
Reply
Leave a Comment