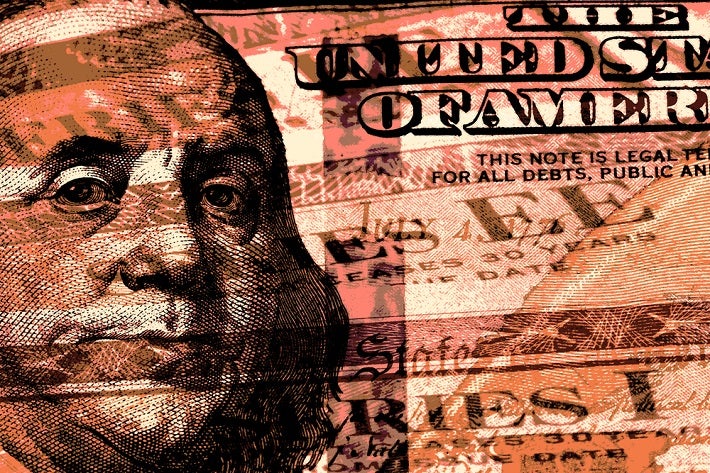 Empires are built through the creation or acquisition of wealth. The Roman Empire came about through the productivity of its people and its subsequent acquisition of wealth from those that it invaded. The Spanish Empire began with productivity and expanded through the use of its large armada of ships, looting the New World of its gold. The British Empire began through localized productivity and grew through its creation of colonies worldwide – colonies that it exploited, bringing the wealth back to England to make it the wealthiest country in the world.

In the Victorian Age, we Brits were proud to say, “There will always be an England,” and “The sun never sets on the British Empire.” So, where did we go wrong? Why are we no longer the world’s foremost empire? Why have we lost not only the majority of our colonies, but also the majority of our wealth?

Well, first, let’s take a peek back at the other aforementioned empires and see how they fared. Rome was arguably the greatest empire the world has ever seen. Industrious Romans organized large armies that went to other parts of the world, subjugating them and seizing the wealth that they had built up over generations. And as long as there were further conquerable lands just over the next hill, this approach was very effective. However, once Rome faced diminishing returns on new lands to conquer, it became evident that those lands it had conquered had to be maintained and defended, even though there was little further wealth that could be confiscated.

The conquered lands needed costly militaries and bureaucracies in place to keep them subjugated, but were no longer paying for themselves. The “colonies” were running at a loss. Meanwhile, Rome itself had become very spoiled. Its politicians kept promising more in the way of “bread and circuses” to the voters, in order to maintain their political office. So, the coffers were being drained by both the colonies and at home. Finally, in a bid to keep from losing their power, Roman leaders entered into highly expensive wars. This was the final economic crippler and the empire self-destructed.

Spain was a highly productive nation that attacked its neighbours successfully and built up its wealth, then became far more wealthy when it sailed west, raiding the Americas of the silver and gold that they had spent hundreds of years accumulating. The sudden addition of this wealth allowed the Spanish kings to be lavish to the people and, as in Rome, the Spanish became very spoiled indeed. But once the gold and silver that was coming out of the New World was down to a trickle, the funding for maintaining the empire began to dry up. Worse, old enemies from Europe were knocking at the door, hoping to even old scores. In a bid to retain the empire, the king entered into extensive warfare in Europe, rapidly draining the royal purse and, like Rome, the Spanish Empire self-destructed.

In the Victorian era the British Empire was unmatched in the world. It entered the industrial revolution and was highly productive. In addition, it was pulling wealth from its colonies in the form of mining, farming and industry. But, like other countries in Europe, it dove into World War I quickly and, since warfare always diminishes productivity at home, whilst it demands major expense abroad, the British Empire was knocked down to one knee by the end of the war.

Then, in 1939, the game was afoot again and Britain was drawn into a second world war. By the end of the war, it could still be said that there would always be an England, but its wealth had been drained off and, one by one, its colonies jumped ship. The days of empire were gone.

Into the breach stepped the US. At the beginning of World War I, the US took no part in the fighting, but, as it had experienced its own industrial revolution, it supplied goods, food and armaments to Britain and her allies. Because the pound and other European currencies could not be trusted not to inflate, payment was made in gold and silver. So, the US was expanding its productivity into a guaranteed market, selling at top dollar, using the profits to create larger, more efficient factories, and getting paid in gold.

Then, in 1939, it all happened again. Although the US eventually joined both wars, they did so much later than Britain and her allies. At the end of World War II, the US had a lively young workforce, as they had lost fewer men to the war. They also had modern factories that had been paid for by other nations, which could now be transformed to producing goods for peacetime use for themselves and the rest of the world, more efficiently than anyone else could produce them.

And (and this is a very big “and”) by 1945 they owned or controlled three quarters of the world’s gold, as they’d drained it away from the warring nations in the early days of the war. This allowed the US to invite the post-war leaders to Bretton Woods to explain that, as the holders of the world’s wealth, they’d dictate what the world’s default currency would be – the dollar.

But this was all threatened by the fact that, when the now-poorer nations of the world sold their goods to the US, they too, beginning with the French, wished to be paid in gold.

And so, in the subsequent years, the gold in Fort Knox was beginning to travel back to the east, from whence it had come in previous years. In 1971, this flow was shut off, as the US, still the foremost empire, had the power to simply remove all intrinsic value from the dollar and turn it into a fiat currency. Payment in gold ended.

Fast-forward to the post-millenium era and we see that America, like the previous empires, ended its acquisition of gold after World War II, yet its people became spoiled by political leaders who promised ever-increasing bread and circuses. The productivity that led to its initial strength was dying off and it was spending more than it was bringing in. Like other empires, Finally, it sought to maintain its hegemony through warfare, thereby creating a dramatic drain to its wealth.

Like other empires before it, the US is now on the verge of relinquishing the crown of empire. If there’s any difference this time around, it’s that its collapse will very likely be far more spectacular than that of previous empires. However, just as in previous collapses, those who least understand that the collapse is around the corner are those who are closest to its centre. Clearly, the majority of Americans are worried about their future, yet cannot conceive of their country as a second-rate power. And those who hold the reins of that power tend to be the most deluded, delving ever-deeper into debt at an ever-faster rate, whilst expanding welfare and warfare without any concept of how it might all be paid for.

It’s understandable, therefore, that those of us who are on the outside looking in, find it easier to observe objectively from afar and see the coming self-destruction of yet another empire.

As stated in the first line of this essay, “empires are built through the creation or acquisition of wealth.” They tend to end through the gradual elimination of the free-market system, the metamorphosis to a welfare state and, finally, through the destruction of wealth through costly warfare.

Does this indicate the “end of the world?” Not at all. The world did not end with the fall of Rome, Spain, England or any one of the many other empires. The productive people simply moved to a different geographical location – one that encourages free-market opportunity. The wealth moved with them, then grew, as the free-market allowed productive people to make it grow.

Freedom and opportunity still exist and, indeed flourish. All that’s changing is the locations where they are to be found.