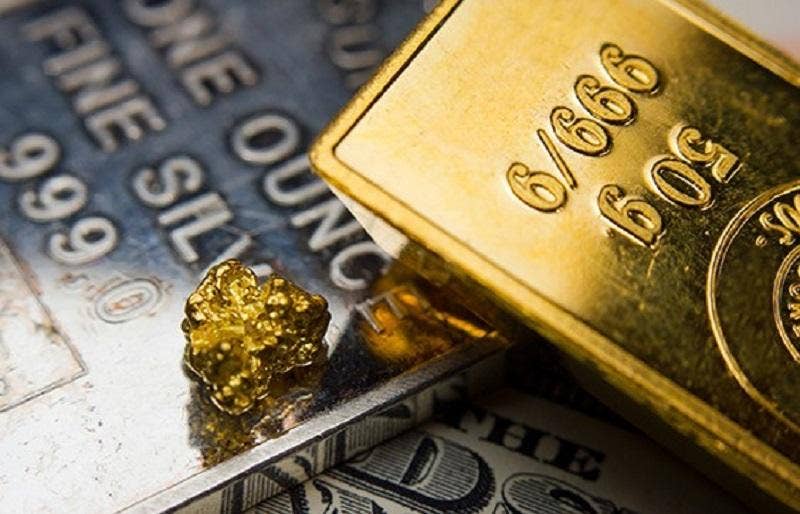 The Perth Mint is churning out Gold and Silver coins at a rapid pace, and we’re seeing that ease some of the supply issues. Their Kangaroos in both metals are amongst the lowest priced 1 oz. coins out there, with purities of 0.9999%. That said, premiums remain very high, which suggests that although supply has improved slightly, demand remains high. At the same time, Gold and Silver bars above 10 oz. remain virtually non-existent, with very few exceptions. Based on my analysis on some of the biggest dealers in the world, this is what I am seeing in terms of the “minimum” premium for physical metals over the spot paper price:

Of the seven dealers I reviewed, only two had Gold bars available for sale and only three had Silver bars. What is clear is that despite the recent poor performance of Silver relative to Gold from a paper price perspective, demand for physical Silver relative to supply is higher than it is for Gold. May be worth asking JP Morgan why there is such a discrepancy between the paper and physical markets for Gold and Silver.

Overall, despite the increase in supply from the Perth Mint, we’re still not seeing a meaningful drop in premiums, which suggests that demand continues to be the primary driver of physical pricing, not supply.

The Bullion Banks successfully cleared out all of their shorts when the price fell back below 12 in March. They are now neutral. Although they could try to get long now, this is bullish, imho. However, what’s more interesting is that despite the rise in the paper price off its low in March, Banks have not been adding shorts as they typically do. Coupled with the fact that ABN AMRO and Scotia Bank have exited the market altogether and big names like HSBC have been burnt badly recently, suffering huge losses on the split between paper and physical prices, the paper market is looking increasingly broken.

Back on January 23, I wrote an article entitled “Does Palladium Signal the End of Paper Futures in Gold and Silver? Possibly. But Not  Yet.” https://www.sprottmoney.com/Blog/does-palladium-signal-the-end-of-paper-futures-in-gold-and-silver-possibly-but-not-yet-david-brady-23-012020.html I showed how the COT report for Palladium signaled that the market had broken down when Palladium took off. Specifically, the Funds did not chase the price higher by adding longs and the Commercials did not add shorts either. Open interest was falling. This was exactly the opposite of what should have happened given the meteoric rise in Palladium, which had doubled. A clear sign that the market makers—the banks—had retreated from the market. It was broken.

This is strangely reminiscent of what we’re seeing now too. The Banks have remained stuck at neutral as the price has risen. Funds have cut their net long position. Open interest continues to fall to its lowest level since March 2014. These are all the signs of a broken market, which, if Palladium is any guide, suggests that Silver is about to explode higher.

We’re seeing something similar in Gold, too, but to a lesser extent. Banks remain significantly net short and Funds long, but neither have increased their positions recently as the price rose off its March low. Quite the opposite, they have been cutting their respective positions. At the same time, open interest has plummeted by 40%.

This could signal that Gold is going to continue to rise to new all-time highs in dollar terms, but it will lag Silver going forward.

There is still the short-term risk of a move down to 1640, where wave C = A. Alternatively, the wave ii correction could have been an ABCDE pattern and has already completed. If the latter, then wave iii has already begun. We would need to move above yesterday’s high of 1733 and break the recent peak at 1789 for confirmation. This would also confirm what we’re seeing in the positioning data.

Switching back to Silver, the risk remains that we see a move down to ~14 before going higher. But if it can break its triangle to the upside and then take out its prior high at 16.30 in April, Silver could soar above its peak in 2016. This would confirm that Silver is following the path of Palladium and will dramatically outperform Gold going forward.

In summary, while there still remains the risk of further downside, the risk-reward clearly favors the upside given what we’re seeing in the positioning data. Gold and especially Silver may be about to explode higher.

Jay Klee
Reply
Thank you David for another enlightening article in plain English. This loss of control by the bankers has been a long time coming.
Reply
Leave a Comment