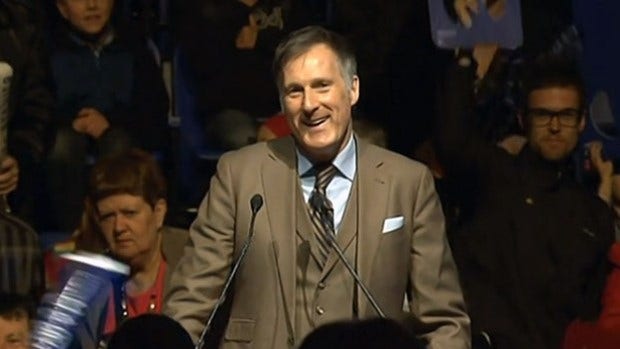 Conservatives are rarely regarded as champions of the little guy. However last month, leadership candidate Maxime Bernier made a radical proposal to cut inflation, which would provide enormous relief to ordinary Canadians.

“Inflation is like a tax,” said Bernier, who cites Ludwig von Mises, Friedrich Hayek and the Austrian School as his key economic influences. “(It) eats away at our purchasing power, revenues and savings.”

Inflation at 2% (the BOC’s current target) may seem small, but it means prices double every 35 years.

Bernier’s commitment to ask the Bank of Canada to study the benefits of adopting a 0% inflation target, has attracted surprisingly little attention. But if enacted, it would make the loony a store of value almost as good as gold.

The higher interest rates needed to implement such a policy, would also boost savings and help to stabilize pension plans, which are increasingly underfunded, due to their inability to generate returns on their fixed income investments.

Stephen Poloz, governor of the Bank of Canada

Bernier’s approach flies in the face of almost all conventional economic thinking. Led by Paul Krugman, governments, tenured university professors and the big banks almost all agree , that GDP growth is best generated though a mix of increased spending financed by rising taxes, borrowing, and most recently central bank financing.

Bernier, who cut his teeth at the free market-oriented Montreal Economic Institute , prior to entering politics, will have none of it.

“You cannot create and grow wealth simply by printing more money and encouraging people to borrow and spend,” says Bernier. “The only way to create wealth is by investing more, working more and producing more.”

Bernier is a particularly strong critic of the Bank of Canada, which, under Stephen Poloz’s leadership (and others before him), has sharply increased the cost of living for ordinary Canadians.

For example the average cost of buying an existing home has shot up by 34% since 2013, the year that Poloz took office, according to the Canadian Real Estate Association.

“Prices don’t increase because businesses are greedy,” says Bernier. Ultimately only the central bank is responsible for creating the conditions that cause inflation.”

Benier isn’t alone in his assessment of current central bank rising prices policies; which here in Canada we might call the “Poloz Tax,” for lack of a better term.

Ben Bernanke, a former Chairman of the US Federal Reserve, has made similar observations.

Bernier is particularly critical about the Bank of Canada’s approach because its effects are hidden to ordinary Canadians.

As John Maynard Keynes himself noted, such measures are hard even for professionals to understand, although the late economist was clear about their effect.

“By a continuing process of inflation, governments can confiscate secretly the wealth of their citizens,” Keynes famously wrote. “The process does it in a manner which not one man in a million is able to diagnose.”

Bernier balances his sound money stance with a wide variety of proposals targeted to generate organic economic growth, based on demands created in the real economy.

These include for example measures that would encourage business investment, to better enable Canadian companies to compete on the international stage.

Bernier believes that when businesses invest in plant, equipment, software and other productivity-enhancing items, - measures which create or protect jobs and generate spin-off activity, - they should benefit from accelerated tax write-offs.

Bernier is also a strong proponent of deregulation.

For example while Canada has long negotiated free trade deals internationally, domestic free trade between provinces continues to be hampered by a variety of protectionist rmeasures.

However in “tax, borrow, print and spend” Ottawa, they amount to heresy. So much so, that whether Bernier can muster public support against the entrenched interest groups remains an open question.

The fate of the Canadian economy hangs in the balance.

john doe
Reply
Targeting 0% is a mistake, people figure out new ways of doing things which are more "cost effective". And once these new ways are discovered, somehow they seem to not go back to less effective ways. So costs tend to go down over time... So targeting a "zero" inflation rate implies that the government needs to create extra money to "balance" out these improvements. And it includes the assumption that the goverment owns the increase in productivity/gains rather than the general public. Target zero printing instead, it's harder to fake...
Reply
Leave a Comment