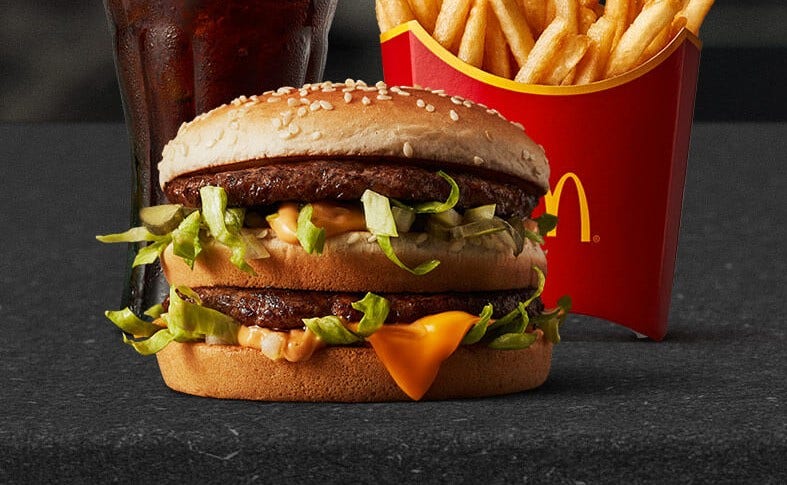 U.S. GDP grew at a 4.6% clip in current dollar terms during the first quarter, according to U.S. Government officials at the Bureau of Economic Analysis.

On the surface, the data makes sense.

Businesses across the country saw sales rise. Workers got salary increases. Trump must be right, America is becoming great again, the experts seem to suggest.

But are they right?

Not if you measure U.S. economic output based on the number of Big Macs the country’s annual GDP can buy.

Measured that way, America has been in a Great Depression for the past decade.

“Burgernomics” is hardly new. The Economist Magazine’s Big Mac Index has been using the famous hamburger as a light-hearted proxy to determine the purchasing power parity value of global currencies for decades. The idea is to see whether the market values of existing exchange rates adequately measure what people can buy with that money.

A Big Mac, which is made the same way in most countries around the world, and whose recipe has changed little during the past thirty years, provides an excellent tool.

However, the Big Mac also provides a good proxy for how much Americans’ real national output has changed.

In addition to its famous ingredients (two all beef patties, special sauce, lettuce, cheese, pickles and onions on a sesame seed bun), the burger also contains substantial inputs related to rent (purchase entitles the buyer a seat at the restaurant for an hour or so), labour and taxes (which comprise a huge portion of business costs).

America is in a Great Depression right now

The idea of measuring U.S. GDP in Big Mac terms is, of course, far from fully-baked.

However, the results tie in with a lot of other anecdotal data points.

John Williams, of ShadowStats, for example has for years tracked how the U.S. Statistical agencies have changed their data calculations. The reasons cited by the officials always sound good, but their net effect is to make government statistics look a lot better than they actually are.

Williams calculates that U.S. inflation (which came in at 2.36% during March) was running at 5.9% based on the way the government calculated the data back in 1990, and at 10.1% based on 1980 methodologies. The official U.S. unemployment rate of 4.14% during March is actually 21.7% when calculated using ShadowStats’ alternative measure.

Other research, also by the Bureau of Economic Analysis, shows that real wage gains for U.S. workers in many categories have actually fallen during recent decades. For example, a typical 27-year-old man earned more in 1969 than he did three decades later.

That said, questioning the methodology of U.S. government experts is tricky business.

Academic economists and those that work at the big banks all use the numbers, generally with little or no question.

Those that do question the numbers, such as ShadowStats and the economists at the Mises Institute in Auburn Alabama, tend to be ignored or shut out of mainstream media.

For example, the latest BEA data release saw no prominent experts rise to question the data.

As such, average Americans will need to do their own calculations to figure out whether their government’s numbers are trustworthy.

Those that do so in a booth at their local McDonald’s will get a relatively good indication as to which way the wind is blowing.

Note: neither the Economist Magazine, nor McDonald’s Restaurants responded to requests to confirm data and findings done for this article.

John Doe
Reply
Since you are a math tutor, why don't YOU do the math :)
Reply

LA_Goldbug
Reply
Would be even more enlightening if done for Median Household Income.
Reply
Leave a Comment