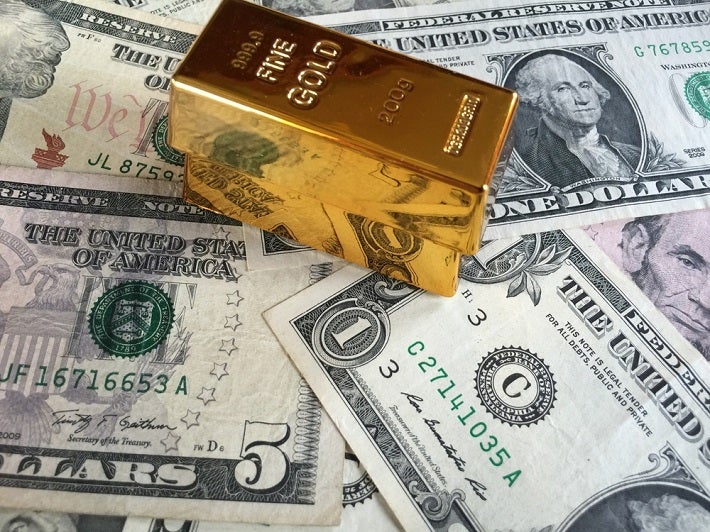 The drums of war are once again beating loudly, as another country finds itself directly in the crosshairs of the United States government.

Fingers were pointing all around the room after Thursday’s attack on two tankers near the Strait of Hormuz, a key transit and shipping route within the Gulf region.

The first tanker to report problems and send a distress signal was Front Altair, which according to Bloomberg departed from Abu Dhabi carrying 75,000 tons of naphtha destined for Japan.

The second was a Japanese-owned tanker, the Kokuka Courageous, which departed from Saudi Arabia headed to Singapore. Its cargo was methanol.

The attack, of course, caused the price of oil to surge higher on Thursday, with both WTI Crude Oil and Brent Crude making significant gains, the former moving higher by 2.41% and the latter by 2.42%.

Reports have been muddy, to say the least, as we are still very much in the early days of this global incident. An official investigation has yet to begin.

Even with that said, it is unlikely that we may ever learn what truly transpired, as no one has yet come forth to lay claim to this act of terrorism. Still, this has not stopped some from quickly pointing the finger and attempting to lay blame on others.

Quite a bold statement, indeed, given the fact that no evidence has been brought forward that would support such a claim. However, this does not make it untrue, even if it is unlikely.

Iran is already under enough pressure from the United States government and its allies. Hostilities continue to escalate over the mounting sanctions against them, which have resulted in severe damage to Iran’s economy.

In the United States government’s own words:

"These are the toughest U.S. sanctions ever imposed on Iran, and will target critical sectors of Iran’s economy, such as the energy, shipping and shipbuilding, and financial sectors. The United States is engaged in a campaign of maximum financial pressure on the Iranian regime and intends to enforce aggressively these sanctions."

Performing such a brazen, foolish attack would only result in further punishment to Iran and would be of no benefit to them, as they are outgunned and outclassed by any metric of conventional warfare when compared to the U.S. military.

The Express compared the military firepower of both the United States and Iran—and unfortunately for Iran, it doesn't look so good:

Iran: Karrar—Iran claims among best in world; actually based on a 1970s Soviet T-72
USA: M1A2 SEP—incredible technology and armour; one of the most feared main battle tanks

Despite the sabre-rattling from Iranian officials, they know they cannot win an outright war with the United States—they know the odds are not stacked in their favor.

However, what they do know is the fact I pointed out earlier: that they are strategically located on the North coast of the Strait of Hormuz, which is only 21 nautical miles (39 km) wide at its narrowest point, and through which flows roughly 20% of the world’s oil supply.

Oil is often called black gold, and for good reason. It is a vital commodity, critical for keeping our modern day society running smoothly and efficiently.

As you can see, Iran could cause significant damage to world trade given their key strategic location in the world—and they know this. This IS their bargaining chip, and they are going to let the world know it.

Understandably, both gold and silver—which are insurance policies against geopolitical and financial crises—responded accordingly and moved higher throughout the trading day as well, with gold ticking up by 0.71% and silver by 1.23%.

If tensions continue to mount and Iran continues to be blamed for this act of terrorism, whether it’s true or not, then you can expect commodities to continue their march higher.

How high will be decided by just how far the powers-that-be wish to push this conflict. Are they truly ready for the fallout and financial uncertainty that would come along with it?

Unlikely, but only time will tell. Stay tuned.