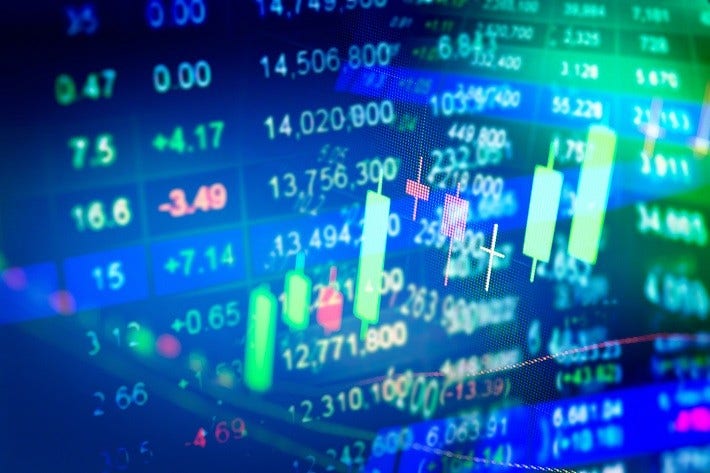 Late last week, after weeks of holding its own and providing some stability through the worsening coronavirus crisis, the price of COMEX Digital Gold was smashed in a manner not seen since April of 2013. Was this just a natural market reaction? Hardly.

The past month has seen truly historic moves in the global equity and fixed income markets. The U.S. stock market has fallen sharply, but perhaps more dramatically, the U.S. treasury market has soared, with interest rates falling in unprecedented fashion. Through it all, trading in COMEX Digital Gold remained solid and price was primarily in a trading range.

Then, early last week, volatility increased. Interest rates fell sharply and then soared higher, often on an intraday basis. The S&P 500 was limit down one day and limit up the next in a dizzying show of indecision. Through it all, COMEX Digital Gold remained stalwart. The price of Apr20 COMEX gold was $1640/ounce on February 26, and it was $1640/ounce in the early hours of March 12.

And then all heck broke loose at 8:30 am EDT on Thursday, March 12, and a sudden rush to sell COMEX gold futures contracts continued through the day Friday, March 13 and into the wee hours of Monday, March 16. All totaled, the two-day drop in price was $190 or 11.6%. See below:

So what changed? Why the sudden frenzy of selling? I've seen these explanations around the internet:

• Stocks were rallying, so the safe haven bid for gold disappeared. That's not factually accurate. The chart below of the S&P 500 futures covers the time period in question:

• The bond market was selling off and interest rates were rising, and this led to selling in gold. That's not true, either. Over the period in question, the yield on the U.S. 10-year note fell from 0.85% to 0.75%. Again, see below:

• Margin pressure from the stock market forced liquidation in COMEX gold speculative positions. This is wrong, too. Why? COMEX gold fell $52 on March 12, with the Dow Jones Industrial Average down 2,000 points. But it then fell $74 on March 13, with the DJIA back up 2,000 points.

So, if all of those explanations are WRONG, then what really is the answer? For me, it's a clear case of Bullion Bank and Central Bank collusion.

This current week was scheduled for another FOMC meeting. The meeting was supposed to begin on Tuesday the 17th and wrap up on Wednesday the 18th. Given the economic devastation being wrought by the coronavirus, the expectation was for an announcement of a massive new QE program and extended fed fund rate cuts.

But here's the thing: Sensing the dire situation, the Fed decided to scrap the schedule and WITHOUT INFORMING THE PUBLIC moved up the FOMC meeting scheduled for this week to Sunday the 15th.

You know the rest. Chairman Powell announced the expected rate cuts and QE program at a hastily called press conference on Sunday afternoon, March 15. From the transcript of that press teleconference, be sure to note the following:

So do you want to know what I think led to the 12% price smash in COMEX gold last week?

Many of the same Banks that control The Fed and many of the same Banks that are Primary Dealers for U.S. Treasury auctions also have operations in bullion banking in New York and London. These banks include JPMorgan, Morgan Stanley and Citi...as examples. As such, these Banks maintain massive NET short positions in COMEX gold and silver. And at least one of these Banks is being actively investigated by the U.S. Department of Justice on racketeering charges due to their past practices of blatantly manipulating the trading of precious metals futures contracts on the COMEX. https://www.bloomberg.com/news/articles/2020-02-05...

The market data provided by the U.S. CFTC is deliberately sparse and opaque. However, when these Banks are grouped together with other firms that actually seek to provide legitimate hedging and trading facilities, the CFTC categorizes them as "Commercials". And on the Commitment of Traders report surveyed on Tuesday March 10, these combined "Commercials" in COMEX gold were NET short 328,304 contracts.

So, when The Bullion Banks got the inside, secret word of rushed-forward FOMC schedule, they KNEW they had to act fast. If COMEX gold remained near $1640 and then blasted $100 higher on the FOMC news, the "Commercials" would have added another $3.3B in paper losses heading into the end of the first quarter.

Instead, by taking immediate action, The Banks not only reset price $150 lower BEFORE the FOMC news rally could begin, they also were able to cover an untold number of their short positions by taking the buy side of the Spec liquidation selling they had engendered by using all of the same dirty tricks (spoofing, etc.) for which they are currently under federal investigation.

So, look, I could be wrong. Maybe ten years of monitoring and tracking the every move of these criminal Banks has left me jaded and cynical. That's possible. But it's more than possible that, instead, what gold investors witnessed last week was blatant overt price manipulation that was taken by Bank trading desks after they had received inside word of a change in the FOMC calendar.

In the end, for long-term gold investors, what you've just read hardly matters. Though The Banks may have bought themselves some time and lessened some of their potential losses, it's undeniable that significantly higher gold prices are coming over the horizon in 2020, as the global central banks rush to devalue their currencies by funding the TRILLIONS in government spending that will be needed to overcome the economic devastation of the coronavirus.

To that end, this latest criminal price manipulation effort by The Banks is actually a gift for gold (and silver) investors. Once rational thought returns to the global markets, the economic reality of these ongoing Central Bank actions will sink in. When it does, the demand for gold and silver in all their forms will likely skyrocket.

Richard A. Ide
Reply
Extremely well done article, Craig Hemke! Not only is it truthful and expository, it leaves the beleaguered precious metals investor with the hope of successfully navigating an opaque future.
Reply
Leave a Comment

News
228
Easy Money, Low Interest Rates to Last for Years
By Nathan McDonald
Weekly Wrap Up
2123
Gold and Silver Consolidate Ahead of a Long Bull Market - Weekly Wrap Up
By Craig Hemke
News
1737
Braving the Winter Knowing Spring Is Coming
By David Brady