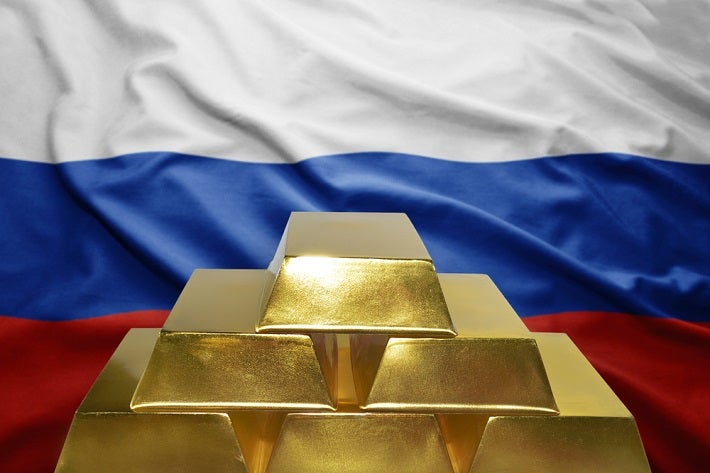 As the Western media and political elites continue to obsess over the latest "breaking news"—deciding how best to be outraged by it and/or spin it to the advantage of their "team"—the East continues to make long term, strategic plans.

As I have reported time and again, and as I will continue to report as long as the trend goes on, Russia has once again moved heavily into precious metals, acquiring an additional one million ounces , or 31.1 tons, of the yellow metal throughout the month of February 2019.

This brings the Russian gold reserves to 2,149 tons, making them the fifth largest holder of gold bullion in the entire world, a position I doubt they will remain in for long at this steady rate of accumulation.

What is truly scary is how this news goes by without barely a mention.

Wall Street and the majority of investors are blissfully ignorant of the rapid and steady accumulation of one of the rarest commodities in the world.

A commodity that has served as a linchpin in the financial world for over 10,000 years, including to this present day, despite claims that it is simply a "barbarous relic".

Foolishly, in the age of fiat money, many have forgotten how vital a role gold and silver bullion have played throughout our monetary history.

I believe this is a hard lesson that many will have to relearn, as economic and geopolitical turmoil once again appear headed our way.

Fortunately, even though Wall Street and the vast majority of investors could not care less about Russia's affinity to gold, Washington may finally be taking notice after years of being asleep at the wheel.

Jim Rickards, one of the most prominent names in the precious metals space, had the following to say in a recent tweet;

"Yesterday was the 20th of the month and you know what that means. New gold data from the Central Bank of Russia! They bought 31.1 tons in February, bringing total to 2,149 tons. Washington is finally noticing; part of the reason I was there Wednesday. This is the new Great Game."

Russia has stated that they see precious metals as a hedge against political risk, and the history books confirm this statement.

The increased risks we are now seeing in the world is exactly why they are accumulating gold bullion month after month, year after year, with seemingly no end in sight.

Proving just how serious they are, Russia is now buying the majority of their domestic gold production for the foreseeable future.

With the FED once again capitulating to the market, you can expect that not only will Russia continue to buy every ounce they can get their hands on, but other countries not previously buying bullion will begin to accumulate as well.

The risk of endless fiat money flooding the system is once again threatening our already fragile system, and all it will take to ignite this monetary bonfire is a spark, setting off blazing inflation the likes we have never seen before.

The sale is still on, but for how long? The clock is ticking; it is only a matter of time.

Are you prepared? I hope so.