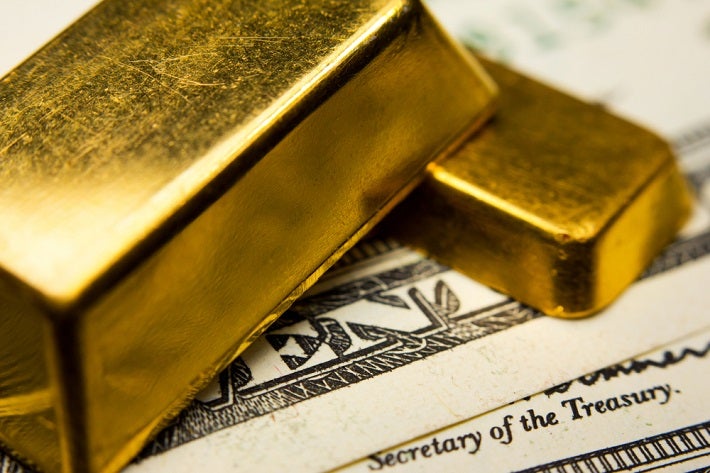 Back in April, we first reported upon the surge in the use of "Exchanges For Physical" on the COMEX. We thought we should provide an update today.

As a refresher, here's a link to the first report from eight weeks ago:

Recently, it was reported that Chris Powell of the Gold Anti-Trust Action Committee (GATA) had requested action and an investigation into this process from the U.S. Comptroller of the Currency, Joseph Otting. Below is a link to Chris' letter, but note that Chris reports he has yet to receive any acknowledgment from the Comptroller's office. This, despite the fact that the letter was dated five weeks ago!

So, again, why is this important to gold investors? Simply put, the increasing use of EFPs on the COMEX is very likely a sign of physical demand stress within the digital derivative pricing scheme. Why? Consider the sheer size of the EFP activity.

At Eric Sprott's urging, on November 24, 2017, we first began to monitor the increasing daily totals of Exchanges For Physical. As noted in our previous post, the best explanation of this process can be found in this link from 2009 with the key excerpt posted below:

But now also note this chart from that same 2009 post. The diagram lays out in simplified terms how EFPs are designed to operate. However, check the key passage that we have underlined for emphasis:

"Move the physical gold from Trader A to Trader B" . Hmmm. In 2018, just how much "physical gold" are we talking about here? Again, since November 24, 2017, we've been monitoring the daily totals of EFPs as reported by the CME on this website

In that time, there have been 136 trading days, and the COMEX has lodged a total of 1,457,469 Exchanges For Physical in COMEX gold.

That's a staggering amount! Why?

Because each COMEX contract is alleged to represent 100 ounces of gold for future delivery. Thus, 1,457,469 COMEX contracts represent 145,746,900 ounces of "gold". At 32,150 troy ounces per metric ton, the sum total of metric tonnes "exchanged" through this opaque COMEX process since November 24 of last year is about 4,533.

Again, in less than seven months, the total amount of gold "exchanged for physical" through this process is 145,746,900 ounces or 4,533 metric tonnes!

Let's put that into context...

When last audited, the entire LBMA vaulting system reported just 28,000,000 ounces once you exclude the gold earmarked as the holdings of the Bank of England and various ETFs.

So, do you begin to see where perhaps there's something noteworthy going on here?

At the current run rate, COMEX EFPs will near 8,500 metric tonnes in 2018. Eight thousand five hundred metric tonnes! That's more that 3X global mine supply and more than 7X the combined holdings of the COMEX and LBMA vaults. How is this even possible?

In the end, this shines light upon the deliberately opaque and fraudulent digital derivative pricing scheme and the system of unallocated and hyper-leveraged "physical delivery" behind it. For now, the investment world accepts the risks associated with this current arrangement. But sometime soon the day will come when a holder of "gold"— who mistakenly believes he owns actual, unencumbered physical metal with clear title and demonstrable provenance —is going to be told that he does not own anything of the sort. He will likely be surprised to learn that he owns simple gold "exposure" in paper certificate form, instead.

What happens next is when the fun starts for all of us who recognize the current system for the fraud that it is and have taken steps to prepare for its eventual demise.

Arnold Palmer
Reply
Do you people really have any concept of how the gold market really works?? Good Lord, what a stupid article.
Reply
Leave a Comment

News
333
The Convicted Criminals of JP Morgan
By Craig Hemke
News
1917
Higher Highs Ahead but Running Out of Steam
By David Brady
News
1007
After The CPI, Watch the Bond Market
By Craig Hemke