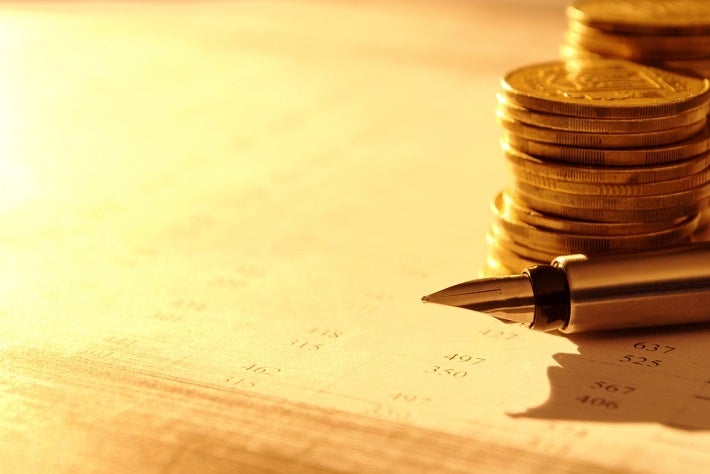 Wednesday afternoon brings the conclusion of The Fed's latest FOMC meeting, and the remainder of this week brings all sorts of U.S. economic data. All of this will impact gold and silver prices...but in which direction?

As you know, prices of both COMEX Digital Gold and COMEX Digital Silver hit their highs for 2019 back in early September, when CDG hit $1565 and CDS reached $19.75. They've since pulled back from these levels as longer-term and inflation-adjusted interest rates have risen slightly.

However, fluctuating bonds prices are about the only fundamentally negative factor impacting price at present. Check this list of other factors that should be having a positive effect:

• The growing REPO/liquidity crisis that has necessitated the installation of up to $125B/day in Fed repo programs...programs that are pegged to continue through January at a minimum.

• The Dollar Index (DXY) has fallen nearly 3% from a late September high near 100 to a recent low near 97 and has broken its short-term uptrend dating back to late June.

Put all of this together and you'd have expected COMEX gold price to continue to rally. Instead prices have fallen over the past fifty days, and this is largely due to the old Bank trick of price management through contract creation. This is really a simple process, and in order to help more people understand how it works, we wrote this piece at TFMR back in April 2017. If you've never read it, you should definitely take time to do so now:

So what does all of this mean for later this week and next?

Again, that list posted above should be having a positive impact on the COMEX gold price, but it isn't. Why? Because in the time since the price peak in September, The Banks have worked to increase the total float of contracts, thereby diluting supply and containing price within an easily-recognizable downtrend. The desired effect of this controlled pattern is to eventually cause a spike in Spec selling...a selling rush that The Banks can use to buy back and retire shorts and short interest.

You can see the impact of higher open interest on the chart below. Note that new all-time highs in contract open interest were NOT obtained at the price peak. Instead, new all-time highs were only reached later on in order to paint a succession of lower highs onto the daily chart. Again,this type of chart management has long been a Bank price management technique, dating back to well before the creation of TF Metals Report back in 2010.

Another tried-and-trusted trick The Bullion Banks use to manage price is chart-painting. In repeated scenarios we've chronicled for nearly a decade, The Banks will maneuver price into some easily-recognizable chart position ahead of a news event...simply to smash price following the event in order to impact the chart in a devastating manner. For example, consider how many times you've seen price rigged to sit right at the 200-day moving average ahead of a Bernanke/Yellen speech or an employment report.

Well, now with open interest near all-time highs, check the list of pending news events for later this week. Do you not think that The Banks are salivating at the potential opportunity to smash price, paint the chart, and force a Spec liquidation that would allow them the chance to cover shorts and retire up to 10% of the accumulated open contracts?

The Bullion Bank goal in the days ahead will be to take out the $1470 level and the 100-day moving average that is found near there. If they can accomplish this, a final low for this corrective cycle near $1440 will come into view.

However, that should be about the extent of what they are able to accomplish, as that list of fundamental positives posted above will only serve to drive price back higher once it turns. A year-end rally should take prices back up to the $1480-$1520 target area we first projected back in January: https://www.sprottmoney.com/Blog/gold-and-silver-2...

In summary, steel yourself against what will likely be a very volatile period in the days ahead. However, with higher prices and return of the 2011 all-time highs coming in 2020, keep your wits about you and recognize that within ongoing bull markets, dips should be bought regardless of how bleak the news and charts may look at the time.

Dan
Reply
Looking to get back in when the criminals smash down to $1,470.
Reply
Leave a Comment