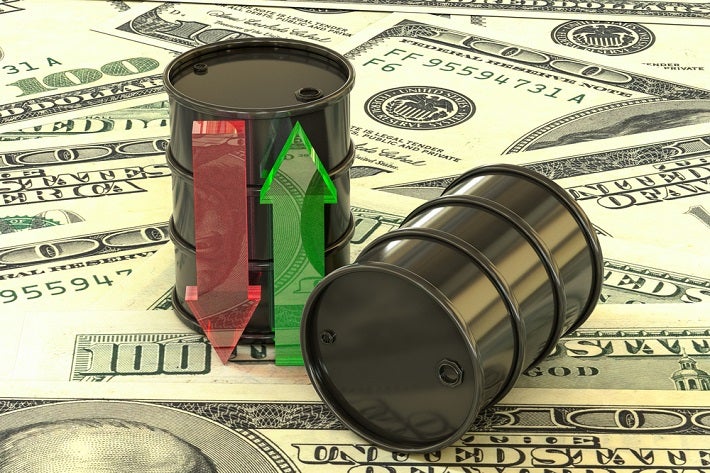 Some are calling it bold, some are calling it reckless, and others are holding their breath in anticipation of what comes next after the United States initiated a drone air strike that resulted in the death of one of Iran’s top generals, Qassem Soleimani.

This move not only caught the Iranian government by surprise but the global markets as well, resulting in a massive spike in the price of oil overnight and into the Friday trading session.

At one point, both WTI Crude and Brent Crude were trading up over 4%, as a risk premium was slapped on the price of oil due to the potential ramifications in the Middle East over the pre-emptive strike against someone considered by many to be the second most powerful man in Iran.

The Pentagon issued their reasoning for carrying out Thursday’s air strike, Reuters reports:

"At the direction of the President, the U.S. military has taken decisive defensive action to protect U.S. personnel abroad by killing Qassem Soleimani," the Pentagon said in a statement.

"This strike was aimed at deterring future Iranian attack plans," it said, adding that the United States would continue to take necessary action to protect Americans and interests around the world.

The Pentagon further stated that they had intelligence indicating that Iran Quds Force Chief Qassem Soleimani was responsible for numerous attacks against U.S. personnel and assets over the past few months, including having an active role in the U.S. embassy attacks in Baghdad over the past week.

In true Trump fashion, the President took to Twitter, gloating about this recent "victory" by the U.S. military, posting first just an image of an American flag, then later a statement by the U.S. Department of State Bureau of Consular Affairs urging all Americans to depart Iraq immediately due to heightened risks:

These combined actions enraged Iran's supreme leader, the Ayatollah Khamenei, who took to the airwaves and vowed "severe retaliation" against the "criminals" who carried out this attack.

This severe ratcheting higher in global risk levels resulted in a quick and sharp increase in the price of oil, which I believe still has much higher yet to go if tensions are not eased in quick order—which, sadly, is unlikely.

Responding in kind were both gold and silver bullion, which also sharply traded higher in prices, hoping to offset some of the risk unfolding.

However, after their initial spikes higher, both gold and silver bullion gave up some of their previous gains, trading lower at the time of writing.

If the price of oil continues to trade higher and higher, then you can expect that these short-term gains for both gold and silver bullion will translate into much higher prices in the long term, as precious metals historically move higher as the price of oil does.

Unfortunately, the risk of runaway prices in the crude markets is all too real. As I have previously written, Iran resides in a key geographical location on the Strait of Hormuz—an important fact considering that roughly 20% of the world's oil supply travels through this key shipping lane, which Iran has the ability to shut down, at least in the short to medium term.

Much of this oil travels to countries in Asia, including China, Japan, India and South Korea. None of whom wish to see conflict erupt in this region due to the impact it would have on their economies.

This prompted China to issue a statement " urging calm and restraint" by all of those involved.

Still, these countries would be far from the only ones affected. A ripple effect would result in higher prices for manufacturers and thus consumers all across the globe, potentially sparking a worldwide recession.

Expect a bumpy ride moving forward, higher oil prices, and increased conflict in the Middle East once again. I believe that this is far from over. Let’s hope I'm wrong.

Denver Resident
Reply
Despite news, silver must end day lower or unchanged. Mines will be unchanged or lower.
Reply
Leave a Comment