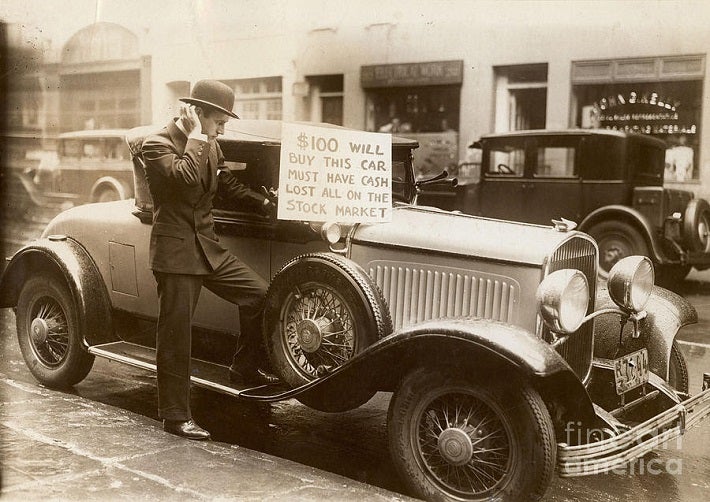 President Roosevelt revalued gold from $20.67 to $35.00 per ounce in 1933 – a substantial devaluation of the dollar. Make-work and government spending programs were implemented. War followed the depression.

Then the United States suffered through the “stagflation” of the 1970s. The economy stagnated and inflation rose to previously unheard of levels. The Vietnam war, inflation and social protests dominated the news, gold shot upward from $42.00 to over $800 per ounce and the dollar bought much less. Government spent massively on the Vietnam War and social programs.

Both were periods of weak or negative economic growth. The 1930s were deflationary and the 1970s were inflationary.

How and why? Everything is wonderful – we have new DJIA highs and a new President. Yes, but: