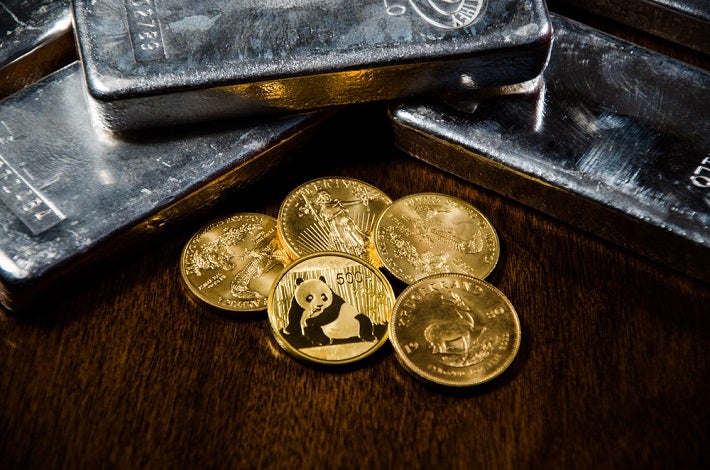 The big news today is the following headline from the Wall Street Journal:

The implication is that the Fed is considering ending the balance sheet reduction program much earlier than anticipated, a program that was supposed to run on auto-pilot. The Fed has always maintained that this would have little effect on markets, but that assumption was proven to be wrong in October, when the program hit its maximum run-off amount of $50bln a month and stocks dumped. If the Fed does plan to taper or end its balance sheet reduction program, this would be the first sign of a reversal in policy by the central bank. This would be an extremely significant development for markets in general, but especially precious metals.

Other central banks have already signaled that they are turning on the monetary spigots again, most notably the Public Bank of China (“PBoC”) and the European Central Bank (“ECB”), while the Bank of Japan continues its QE program also.

So why would the Fed reverse course at the same time global central banks are starting to print again? Because the debt-burdened global economy is clearly slowing, and the only way to keep markets afloat is to continue printing money. Global central bank liquidity turned negative in the last quarter, and stocks were hammered as a result. Without such liquidity, the U.S. and global stock markets would collapse. Given that stocks represent ~150% of GDP in the U.S., capital gains and taxes on IRA distributions are critical to Federal Tax Receipts at a time when the U.S. budget deficit is exploding. Couple that with soaring treasury bond issuance to fund the rising deficits and less demand from the Fed and foreign central banks (China has been selling treasury bonds for the past five months and now have their lowest position since May 2017), yields were set to rise, putting even further pressure on U.S. finances due to the higher cost of interest on increasing levels of debt. Simply put, without a rising stock market and lower yields, the U.S. government is at risk of insolvency. Hence, a policy reversal by the Fed is inevitable, as I’ve been saying since November 2017.

But there is one major caveat: the timing. The S&P is up over 300 points off its lows and rising thanks to dovish speak from the Fed. So why the need to talk about tapering or ending the balance sheet reduction program? I believe there are two possible reasons. The first is that they want to raise interest rates another couple of times and knew that they couldn’t do that and reduce the balance sheet at the same time without risking another sell-off in stocks or rising bond yields. The second is that this is just more dovish “talk” to push stocks higher. When it comes to the Fed, the saying “Actions speak louder than words” are especially true.

Assuming the Fed is going to announce the premature end of its balance sheet reduction program at its FOMC meeting next Wednesday, this is extremely positive for stocks, bonds, and precious metals, and a disaster for the dollar, at least in the short-term. We can see this from the reaction to the news today.

But at the risk of raining on the parade, a lot of optimism is now priced in. The risk is that the markets are disappointed by what the Fed does. For example, what if the Fed does announce that the balance sheet program will continue but it will no longer be on autopilot, meaning they could end it at any time? Or that it will end, but not until the end of the year —even if markets are satisfied with the news on the balance sheet program but the Fed restates its intention to increase interest rates at least another couple of times? My point is that we need to wait and see what they actually announce. In particular, I am extremely doubtful that the Fed is done raising interest rates.

We need to consider this, because so far everything is going to plan based on what the charts were saying for Gold and Silver recently. In my previous two articles, I said that I was looking for an ST pullback in both before moving up to negatively divergent higher highs. Gold to 1300-1318 and Silver above 16. Well we got the pullback in both to 1275 and 15.20 as forecast, and we’re heading higher. The risk now is that we do get negatively higher highs and down we go again on disappointment with the FOMC announcement next week.

I’ve been saying since July that when the Fed reverses policy, that would signal THE LOW in Gold and Silver and that they would both soar from that point forward. However, we need to wait and see if the Fed is truly planning to reverse policy or this is just another attempt to push stocks higher to enable them to raise interest rates at least two more times. If the latter, then we will likely get a deeper pullback following higher highs in Gold and Silver, but in my opinion, I would use that pullback to buy both of them. The one key takeaway from today’s headline is that the Fed is planning to reverse policy when stocks fall. It’s inevitable now. The only question that remains is whether it is next week or further down the road. My guess is the latter, but as I said last week, if so, use this final opportunity to BTFD!

LiquidFX
Reply
Amazing article! Imperative that people understand what's actually going on and what dictates the direction of the market!
Reply
Leave a Comment