Do As You're Told - Paranoid, Scared Elitist Are Terrified of a Rising Tide - The Daily Coin 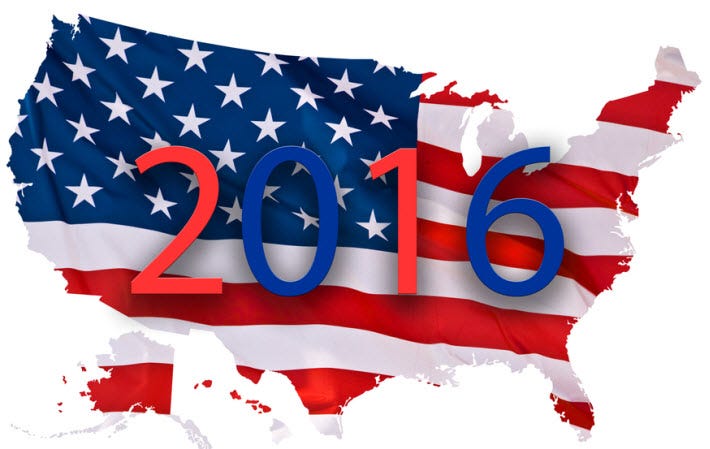 This past week the ruling class, in conjunction with the banking class, has revealed a good portion of their hand. The ace up their sleeve is in full view. You, yes you, are to do what you are told and vote who they tell you to vote for. Why else would Rubio, Cruz and Mitt Romney commence a full frontal attack on Donald Trump? Where’s Mitt Romney been the past four years? You did see the news clips from Romney’s 2012 Presidential bid where he said Trump was a great business man and had a great handle on the economy!! They have been playing everywhere, thank goodness.

Let’s not forget what a dirtbag Romney is and how he came into prominence in the first place – stealing from the citizens, stealing from anyone and everyone. Prostitutes at least work for their money.

Now, contrast the above videos with Romney today – what a bought and paid for “representative”, or should I say joke who has just completely exposed himself as nothing more than a mouthpiece for the elite establishment? Remind me again why the American people are turning to an outsider – anyone?

The only problem is this: the more of their cards the masses see, the angrier the masses become. The lies and propaganda are wearing thin. Did it start with Brian Williams and the relentless lies about his tour in Iraq and claims the helicopter he was in was taking fire? Did that help to spark the “critical thought” brain cell that has been suppressed in the masses for the past 30+ years? Did it begin during the railroading of Dr. Ron Paul during the 2012 Presidential election cycle? It was in full view when Dr. Paul, a well respected Representative from Texas, was making major headway with the masses and drawing huge crowds during his rallies. If you remember how the media treated him, personally, and his campaign specifically, the mainstream media never mentioned Dr. Paul even though he led in most every poll the entire time his campaign was on the trail. The final straw was when he was NOT invited and actually locked out of the Republican Convention held in Florida. His campaign dissolved shortly after. Was that the original spark that has opened the door for Trump?

Here’s what happened in Florida at the RNC

Here’s a compilation of Brian Williams lying about Iraq

Are the people rising up in defiance of these two prominent propaganda plays? Is Donald Trump merely a reflection of the anger that has been swelling, in silence, for the past 30+ years? Love him or hate him, it doesn’t matter to me. If you want to vote for him, go for it. If you think he is the best the country has to offer, then you and I have an issue.

The truly great thing about Donald Trump is his voice. He has a voice and he is single-handedly giving the masses their voice back. People are sick and tired of being told what to do, when to do and who to do it with. The images on TeeVee of propaganda and lies are wearing thin. The lies perpetrated by the mainstream media are old and used up. Just look at how the stock market responded to the jobs report released March 4, 2016.

The current ruling class is absolutely terrified of a Trump presidency. Will Trump be allowed to become President of the United States? I seriously doubt it.

Enter Clinton – Hillary Clinton. Treasonous, war criminal and alleged accessory to murder. Have you heard Hillary had a private email server in her home that she was conducting government business on while Secretary of State? Well that is an act of treason. Never mind what she was doing or who she was swapping emails with – the act of having an email server – not an email account, but an email server – in her home is an act of treason, period. Who was Secretary of State when Ambassador Stevens sent over 600 emails requesting more security for the U.S. Embassy in Benghazi? Oh yeah, hillary clinton. Those 600+ emails fell on deaf ears and Ambassador Stevens, along with his staff, were overrun by marauders and killed in the U.S. Embassy in Benghazi. Does anyone remember that? “It doesn’t matter.” said hillary clinton during a Congressional hearing on the details.

Hillary Clinton will be the next president of the United States. She will finish the job her husband started in 1990 – the complete dismantling and destruction of this once proud nation. How will the people respond when the poll numbers begin rolling in in October and early November 2016 that show Trump faltering and hillary surging in the polls? On January 20, 2017 the world will know the United States is the largest banana republic in history. Will the people of this nation figure it before that date and actually come together and do something about it? Or will the oligarchs be able to placate the masses while they roll out another scheme? False flag anyone?

I pray that I am 100% wrong and Trump or someone outside of the establishment is elected President.

News
440
A Renewed Surge in COVID-19 Cases Rattles Investors
By Nathan McDonald
Weekly Wrap Up
3712
Close to the Low in Gold and Silver? - Weekly Wrap Up
By Craig Hemke
News
3188
Pain Almost Over, Let the Gains Begin
By David Brady