Game On Now or Later?

Oil is in the last throes of its rally before a steep decline, imho. The peak is already in place or we have a few more pennies to the upside. For those who need a greater degree of confidence, below 82 and 58-63 is more likely next than new highs. 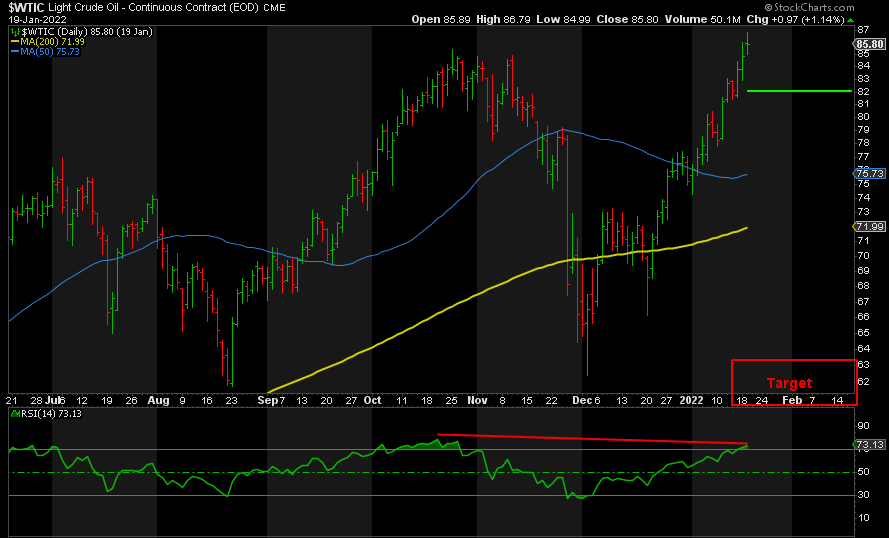 The 10-Year Treasury Yield may have already peaked at 1.90% or it has one more peak ahead. Either way, the risk/reward is significantly skewed to the downside with a potential target of 0.40%, the March 2020 low. 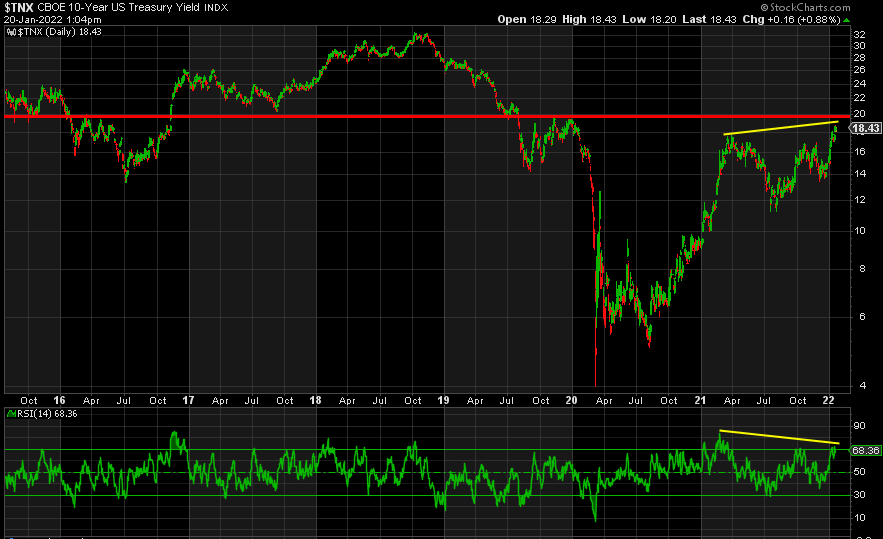 The DXY found support at 94.50, as forecast, and has rebounded to the 50-day moving average. As with oil and bond yields, either we have already peaked or we have one more higher high to 97-100 next. The end result is the same, a drop to 89-91 next, imho. 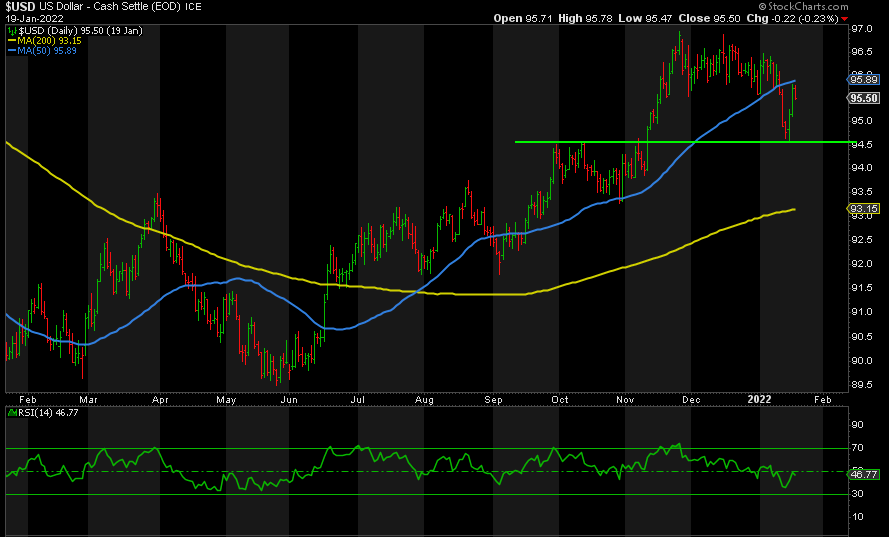 Since the FOMC minutes announcing more rate hikes than expected—and sooner—on top of the taper, stocks have struggled. The market is testing the Fed’s resolve. We’re enjoying a strong rebound, but it has run into resistance at former support and may have one more lower low to 4400s before it’s done. Then up to higher highs next. 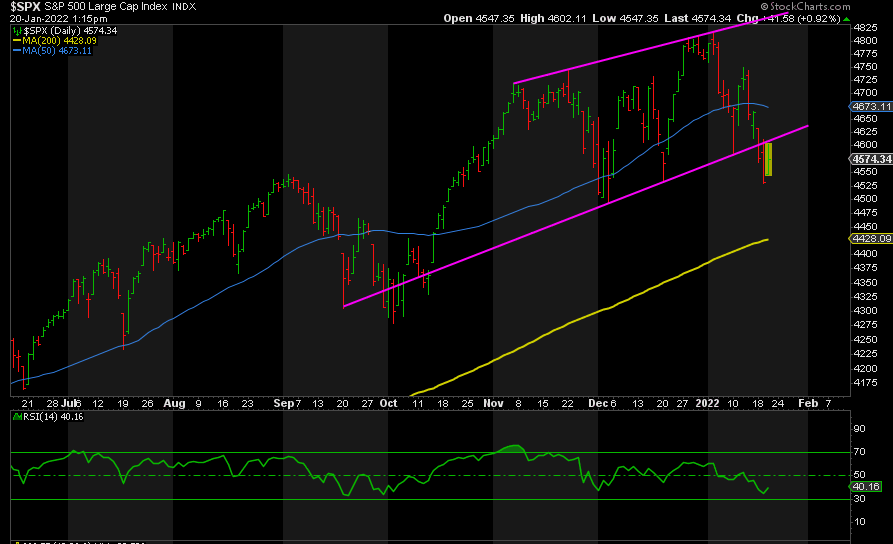 Note the similar profiles in all of these markets. They all matter to precious metals and miners because these are the biggest markets in the world: Bonds, FX, Oil, and Stocks. What happens there will likely have a strong impact on the metals.

If stocks continue to fall, it’ll put pressure on the Fed to reverse course. If 2008 and 2020 are any guide, such a reversal means the sky is the limit for metals and miners under those circumstances.

When bond yields turn down, this too will support metals and miners. The same goes for the peak and drop in the dollar.

Oil is the wild card. Falling oil prices are disinflationary and will likely drag down stocks too. However, once we bottom out in oil, it’s heading up to triple digits next, imho. Higher inflation and lower bond yields mean falling real yields. No need to say what this does for Gold and the rest. 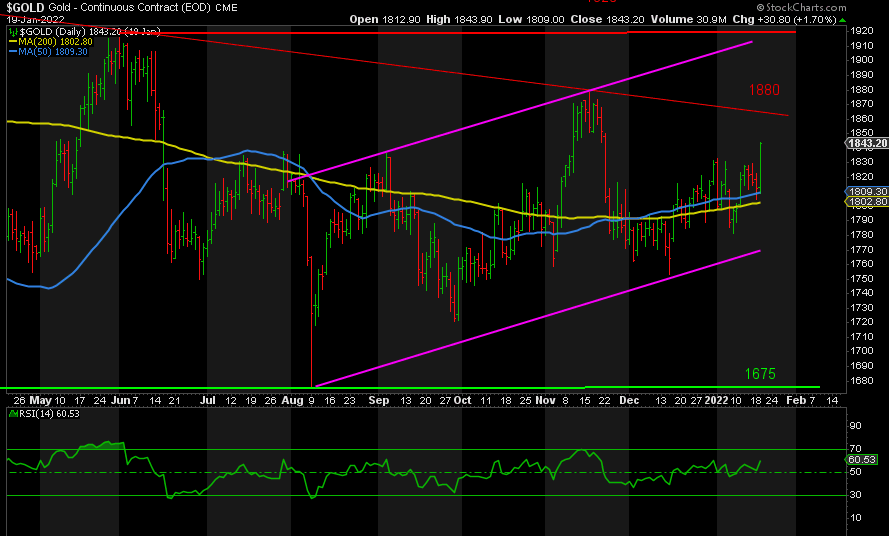 As I’ve shared on numerous occasions, Gold may anticipate the Fed’s actions and start rising ahead of stocks. This may be the case now, but Gold still has a lot to prove itself. Resistance is at 1860 and the prior high of 1880. Above there awaits 1920. However, if we do take out 1880, that’ll go a long way to signaling that the bottom is in and we’re off to new highs. By contrast, a break back below the 200-day moving average would be cause for concern. 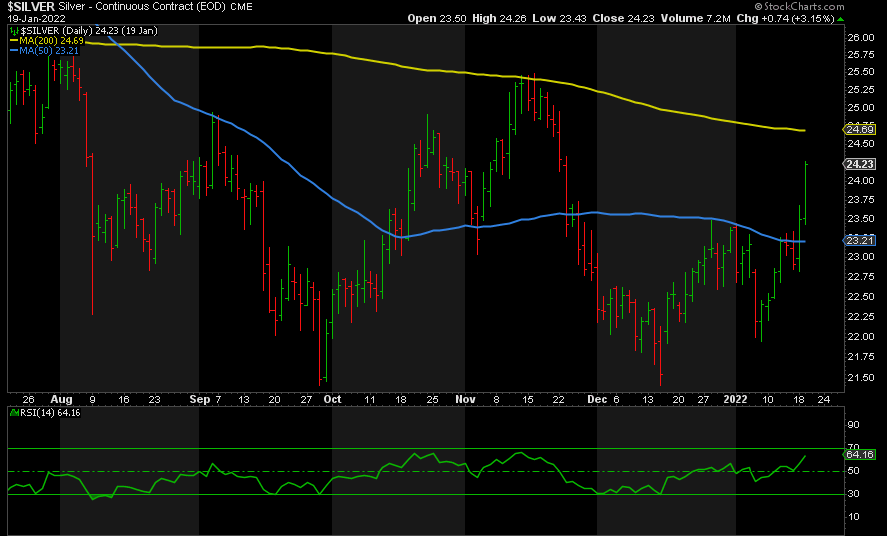 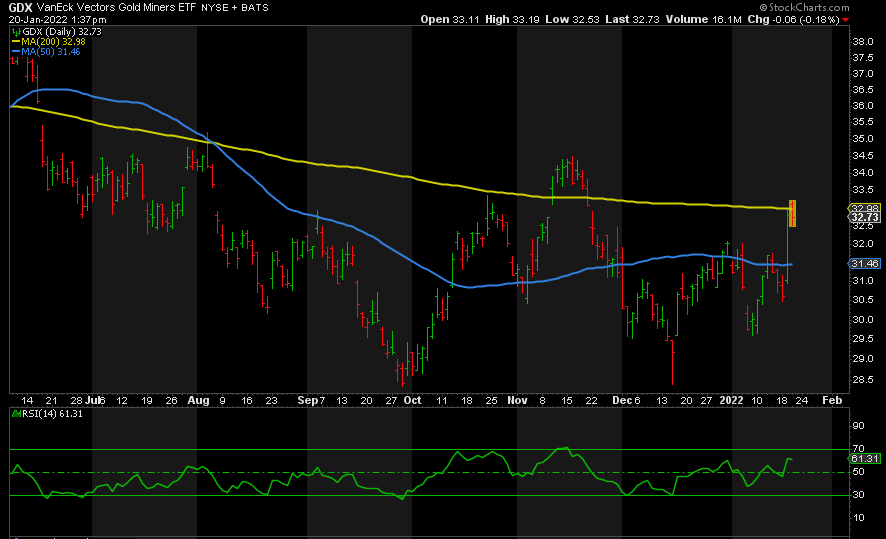 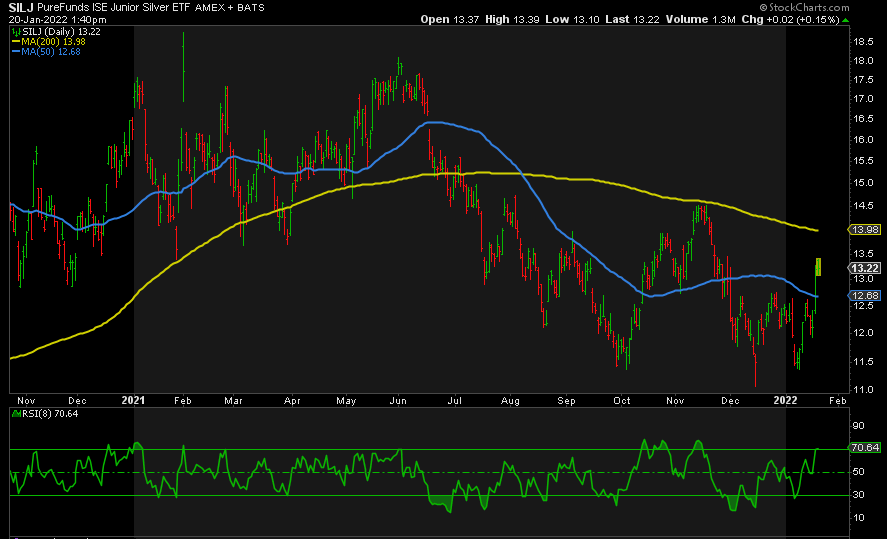 SILJ, like Silver, has yet to test its 200-day moving average, but it has sliced through the 50-day. Again, the primary target is the prior high of 14.50. Through there and we’re off to the races. Fail, and our focus is back on support, starting with 12.50.

Precious metals and miners may have already begun to anticipate the Fed’s next 180, as it did in October 2008, and we’re going more or less straight up from here. Alternatively, lower stocks and oil prices combined with higher real yields and a higher DXY could weigh on the metals and miners “in the short-term”. This just delays the inevitable rally, imho, which may have already begun.