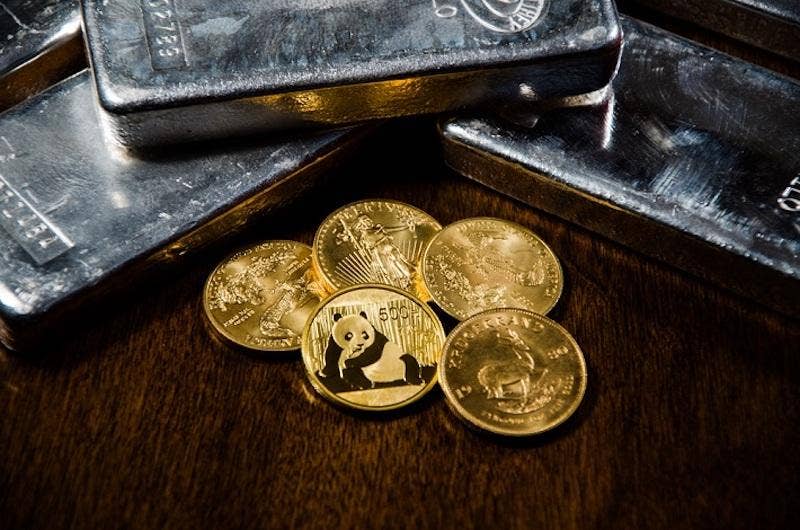 Just as expected, gold and silver bullion have pulled back, suffering throughout the week as a renewed attack was presented against precious metals, causing wild gyrations and shaking out those who just recently "joined the party" and are historically considered "weaker hands" than those who have been dollar cost averaging into the price of precious metals over a longer, more challenging period of time.

Prices took a beating at the opening of the week, with the most severe trading action taking place throughout Tuesday. The price of gold bullion shed 4% of its price, a heavy, however very temporary loss to those who plan to hold for the longer term and who are not simply gambling on prices.

This move lower, which followed on the heels of Friday’s strong jobs data report within the United States, was made worse predominately due to Treasury yields ticking higher in prices. Ten-year Treasury notes yielded 0.658% on Wednesday, up from 0.562% at the end of last week’s trading session.

This caused a selloff in precious metals due to a Treasuries being viewed as an "alternative" to gold and silver bullion, with some thinking it a wiser "safe-haven".

This is a common trend, as precious metals typically move higher in price, the lower yields go.

As can be seen from the chart above and as previous noted, silver bullion experienced the same reaction as gold bullion, moving sharply lower off of the back of Treasury yields moving higher.

This, in my personal opinion, is akin to jumping "out of the frying pan and into the fire", as Treasury yields are just one more, illusionary, artificially maintained fiat paper asset that is not tangible and can be taken away at a moment’s notice. This is in stark contrast to physical precious metals that you have taken personal possession of.

Even though the trading action throughout the week has been brutal, this short-term correction already appears to be reversing course throughout today's trading session. You can see this from the charts above, with both gold and silver bullion moving off of their lows and regaining some of the losses experienced in the previous few days.

As I stated last week, this is not all bad, and a correction should not only be expected but welcomed, as we want a steady, accumulative move higher rather than a parabolic one.

A bull market that experiences regular corrections lower is good. It will lead to a much more durable price trajectory, not a "blow off" top that eventually implodes in upon itself, such as what was seen throughout the bitcoin mania.

This will also encourage the stronger hands to continue to surf the wave of higher prices, without the faith of those who cannot stomach extreme volatility being shaken off in the process.

This strength will ultimately lead to much higher highs. Peter Schiff and James Rickards made a stunning $15,000 per oz. gold price prediction in a recent joint interview.

Additionally, wild estimates of $1,000 an oz. for silver are now being predicted. That may seem unrealistic based on today's prices, but is truly a possibility if the system continues down this unsustainable path.

The reality of the situation is that the system can only take so much abuse.

Throughout history, debt to GDP ratios the likes of which we are now seen in almost every Western Nation have resulted in complete and utter collapse, with systems eventually buckling under the incredible pressure that results from such high, unsustainable debt loads.

Add into the mix the ever growing geopolitical and social unrest that we are now experiencing the world over, plus COVID-19 making matters even more untenable, then we have a true recipe for disaster brewing.

The winners in the end, as they always have been throughout mankind's financial history, will be those who prepared accordingly, acquiring physical precious metals in advance when they were able to at reasonable prices, mitigating the financial damages caused by the ensuing financial collapse.

The question is, are you prepared?