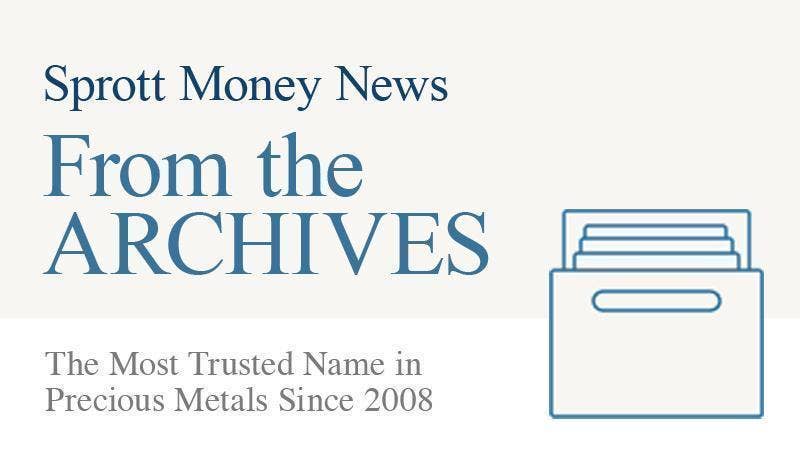 Over the past couple of weeks, we have been focused on Russia and their understanding of gold and why gold is going to come back to the table of regional and/or international trade. It may even make a grand re-entrance as backing for a national currency or two.

Russia, with her closest ally China, have been making headlines, in the broader financial world, for close to two years regarding their acquisitions of gold. Within the smaller gold community these two nations have been making headlines for some of their moves with IMF and AIIB. Items like acquiring gold mines and discussing policy changes at the highest levels. This is where the monetary changes are effected, not at ground level, but within the monetary organizations. Organizations like the IMF and AIIB determine our fate and dictate monetary policy – for all currencies and nations. For this reason it may be important to at least listen to what these people are discussing, not just about gold, but all currencies, including cryptocurrencies.

Russia has been in the news for the past week for their most recent posture regarding gold and the role gold is going to play. There has also been commentary regarding a full frontal attack on global asset reserves, bonds and gold in particular, in which Russia has made it very clear no other country is to discuss their assets nor should there be discussions about sanctions against their assets as this would be seen as an act of financial war. Very serious words coming from a nation that can not be bullied as some other nations have been bullied over the past decade.

Russia’s Central Bank Deputy Governor Mr. Shvetsov decided that the day after Thanksgiving might be a nice day to announce the continuing long-term policy of consistently growing the gold share in the national reserves.

As far as the Russian Central Bank is concerned, no wishy-washing, no Bretton-Woodsing the issue: Gold is currency, period.

Between January and this November, the value of the Gold Reserves of the Central Bank of Russia grew by $13.5 Billion to $73.7 Billion. The steady accumulation of Gold by the Russian Central Bank has been clearly labeled as supporting National Security, and therefore the interests of its citizens and ultimately the wealth of the nation.

Russia exports about 10 million barrels of oil daily; it correlates that as oil rises or remains somewhat stable at the $50+ levels the more Central Bank Gold buying will occur. In addition, the Bank will start trading Gold on the Moscow Stock Exchange (MOEX) precious metals futures contracts and as needed taking delivery against contracts with exchange warranted Gold.

Shvetsov also said that using precious metals futures as far as the Central Bank is concerned is not to trade market volatility, but as a source of supply, because the purpose of their operations is to replenish and add to gold and foreign currency reserves.

He further commented that as the MOEX is a relatively new exchange among the global Gold trading platforms, it is still developing needed liquidity. In due course, and with the presence of the Central Bank as a major player this should result in attracting such liquidity. In the past the Bank bid for metals through various trading markets and sources worldwide, now it has decided to add the quickly developing infrastructure of the Moscow Exchange to replenish reserves.

Russia now ranks seventh in terms of gold reserves (1,712 tons), behind China, which has 1,842 tons.
The Russians also view the purchase of gold as a strategy against the imposition of trending ever-harsher sanctions. The deputy governor also hinted that in the future Gold might be in very much greater demand.

He added that as China is now actively launching a futures contract for oil, denominated in RMB with the ability to convert to gold. This could quite radically change the rules of the game on the oil market, as it will allow raw material exporters to avoid using the US dollar entirely. Source

As we have noted for the past several months if Russia continues acquiring gold at the current pace, approximately 20 tons/month, she will move into 6th position overtaking China sometime in Q2-2018. Not really a big deal, just shows that Russia is serious about their plans with gold.

If one were to combine all this information with what we already know regarding Kazakstan, the Belt and Road Initiative (BRI) and the possibility of China having multiple thousands tons more gold than is officially reported, Russia and China could easily bring gold back to regional and/or international trade as early as 2018/2019. We recently reported a reminder that China has an agreement with Russia to acquire upwards of 100 tons annually of Russian gold. Not one ounce of this gold has been “officially” reported. Gold is already being used as a regional trade settlement currency.

Although the People’s Bank of China (PBC), the country’s central bank, has not publicly disclosed plans to increase gold reserves since October 2016, some market analysts, based on calculations on domestic gold output and imports in recent years, estimated that the country’s above-ground gold reserves totaled 20,193 tons as of June, according to a report published by domestic industry website cnfol.com over the weekend. Source

Let’s not forget that China, along with her closest ally Russia, have had the ear of the monetary masters at the IMF since approximately 2010 with the goal of reshaping and redefining the global trade settlement currency and eliminating the Federal Reserve Note, US dollar, as world reserve currency. Both countries have expressed a desire for gold to be part of a new multi-currency trade settlement mechanism to which the IMF began, immediately, discussing gold for this purpose.

I understand that some (whether Taskforce members or others) believe that a re-integration of gold into the IMS [International Monetary System] would automatically restrain the expansion of international liquidity and thereby restrain inflation. While I understand this argument, I wonder whether this is not motivated by the current situation. In the long run, and under other circumstances, is it possible that including gold in the SDR basket might restrict the expansion of SDRs to a pace that would unduly restrain global growth and contribute to unemployment?

Various reasons or arguments have been put forward for bringing gold “back into the IMS” or, more specifically, into the SDR “basket”:

a. Gold brings “discipline”
b. Gold is an “anchor”
c. Gold is a “circuit breaker”
d. Gold has historically been used in monetary systems
e. Gold is currently being acquired by (some) central banks
f. Gold restricted net inflation to near zero during the 18th & 19th centuries
g. Gold prices are counter-cyclical and gold is therefore used as a “hedge” by investors.
h. The price of gold is rising at the present time.

None of these reasons appears sufficient per se to justify the re-introduction of gold into the IMS. At the very least, the mechanism by which each of these reasons would function needs to be carefully elaborated, and the impact of the reintroduction of gold on global economic variables under a wide range of circumstances needs to be evaluated. Source

The pieces are coming together quiet nicely for some and appear to be an absolute threat for others. These nations, Russia and China, can not be pushed around either with sanctions (financially) or with military threats. Which begs the question, why do the Western powers continually poke a bear in the eye and slap a dragon on the face? With some 80+% of the financial mechanisms in place to completely sidestep the Federal Reserve Note (FRN), US dollar, it appears the transition into the new paradigm will continue to be set by people outside the US and UK.