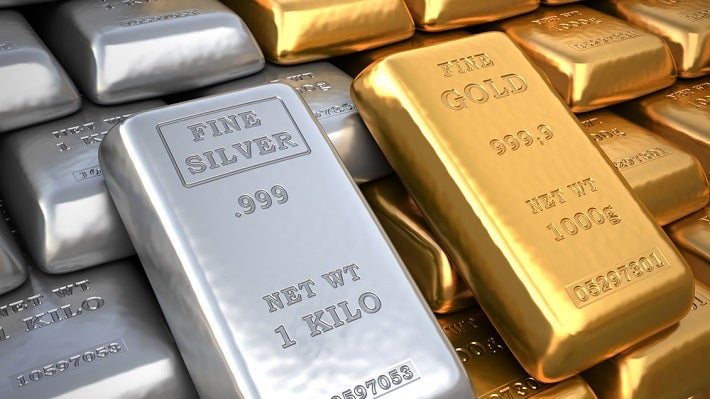 Two weeks ago, I wrote “Decision Time for Metals and Miners Approaches”. Since then Gold has hit a new high and Silver and the miners have rallied to their highest levels in over a month. Now that we’re finally seeing some movement, it’s time to consider what could happen next and update the levels to watch…

Gold finally breaks out of its range for past two months to the upside. But it is extreme overbought and its new high was negatively divergent according to the daily RSI and MACDs. That said, the trend is clearly up based on a series of higher lows and higher highs. Unless we break the support zone between 1602-1605, I am looking up towards 1640.

Silver has underperformed Gold recently, but that just means it has more room to rally, imho. Aside from perhaps one more short-term pullback, I am still expecting north of 20 before our next major peak. Only a drop below the support zone between 17.30-40 would make me reassess Silver’s bullish prospects.

After a series of lower highs and lower lows until it bottomed out in November, GDX has been setting higher lows ever since. All we need now is a move above the September peak of 30.74 to signal that a far bigger rally is just getting under way. This assumes we don’t see a break of support at ~27.70.

Saving the best for last, SILJ appears ready to take off in a wave (iii) of iii, both on the daily and weekly chart. Only a sharp drop below 9.90 would make me reconsider.

Real yields continue to fall into negative territory and are now at their lowest levels since 2016. This should remain supportive of Gold prices unless we see a crash in stocks coupled with a sharp decline in inflation expectations. Even if such a spike in yields were to occur, it would be unlikely to last long as the Fed rides to the rescue again.

Speaking of a reversal in stocks, the latest FOMC minutes indicated that the Fed is planning to taper its liquidity injections into the repo market beginning in May. Expectations are that the Fed has the market’s back no matter what. Given extreme valuations and narrow leadership in just five stocks, a February 2018 reversal would not be a surprise should the Fed follow through on its taper. Again, a dump in stocks could weigh on metals and miners in the short-term.

POSITIONING & SENTIMENT remain at extremes in both metals, but especially in Gold. While this maintains the risk of a sharp reversal in prices at some point, in a bull market trending higher, it doesn’t matter until it does.

Absent a spike in real yields and / or a break of key support levels, I continue to look north in both metals and miners, with the possibility of significant rally to follow, especially in Silver and the miners.