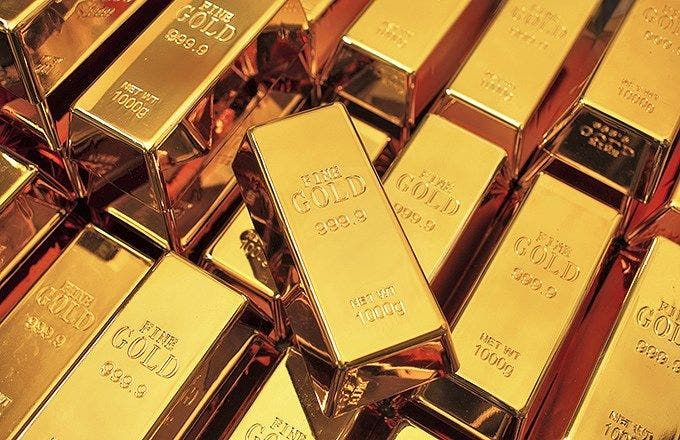 The War on Cash is not merely continuing, it is intensifying. It began in the West, with relatively minor infringements on our right to use the currency of our own nation . The War has now shifted to India, been radically ratcheted up, and inflicted upon a population of 1.2 billion people, where 68% of transactions were conducted with cash.

Regular readers have been warned in the past about the insidious corruption of the Modi regime, when it attempted to literally steal the gold of its own people with its “gold deposit scheme” (scam). Out of the blue, this oppressive regime announced a ban on 500- and 1,000-rupee notes – which represented 86% of all currency . Now it is going even farther.

No matter how badly India’s “experiment” fails, it will be labeled a success by the Western propaganda machine, and (of course) the Modi regime itself. And then it will be copied by our own corrupt regimes. For any readers, who do not comprehend the severity of this threat, understand the context.

Our interest rates have been fraudulently manipulated to near-zero (or lower) in perpetuity. Meanwhile, inflation rages, while our puppet governments pretend it is near-zero. What this means is that all of our paper savings is perpetually blood-sucked by the full rate of that inflation. But even this isn’t enough.

“Negative” interest rates have now started appearing in the Western world, and those regimes which have not yet embarked upon this outrage are threatening to do so. There is no such thing as a negative interest rate . An interest rate, by definition, is a positive number. It is the price we pay for the use of capital.

Forcibly stealing our wealth, in a systemic and systematic manner is more than a mere crime. It is an assault on our economic liberty, to the most extreme degree. To put this Crime of the Century into context, recall a quotation from 1948.

Is there a connection between Human Freedom and a Gold Redeemable Money? At first glance it would seem that money belongs to the world of economics and human freedom to the political sphere.

But when you recall that one of the first moves by Lenin, Mussolini and Hitler was to outlaw individual ownership of gold, you begin to sense that there may be some connection between money, redeemable in gold, and the rare prize known as human liberty . [emphasis mine]

Who wrote those words, nearly 70 years ago? None other than Rep. Howard Buffett, father of Warren Buffett. The irony here will not be lost on astute readers. Howard Buffett was an advocate for gold and good money. Warren Buffett is a pusher of paper, and a lover of the banks who create it.

With our paper markets having been manipulated to bubble levels, Warren Buffett is sitting on ( at last report) $85 BILLION vampire dollars – just waiting to capitalize on the misery of others, when the bubbles are burst by his friends, the bankers.

With all avenues for our paper wealth leading to disaster and ruin, what are we to do for salvation? Why did Howard Buffett assert a connection between liberty and a gold redeemable money?

In a free country the monetary unit rests upon a fixed foundation of gold or gold and silver independent of the ruling politicians. Our dollar was that kind of money before 1933. Under that system paper currency is redeemable for a certain weight of gold, at the free option and choice of the holder of the paper money.

That redemption right gives money a large degree of stability. The owner of such gold redeemable currency has economic independence. He can move around either within or without his country because his money holdings have accepted value anywhere. [emphasis mine]

In the mind of Howard Buffett, it was not the gold standard which provided and defined our economic liberty, it was the gold behind it. But Howard Buffett had still more to say:

The subject of a Hitler or a Stalin is a serf by the mere fact that his money can be called in and depreciated at the whim of his rulers.

As our governments begin “calling in” and depreciating our so-called money, the logic here is pretty simple. According to no less than Warren Buffett’s father, the Honorable Howard Buffett, we are currently ruled by a collection of Hitlers and Stalins, and we are being reduced to mere serfs. Regular readers will see nothing particularly shocking in such an equation.

How do we resist the economic fascism being imposed by these 21 st century Hitlers? Gold – and silver . Real money, honest money, economic liberty from this fascism. Indeed, the good money of which Howard Buffet wrote 69 years ago still exists, in the form of our legal tender gold and silver coins.

Could our governments simply “call in” our gold and silver money in the same manner that these fascists plan on calling in our paper currencies? In a word, no. What is the threat behind the bans on cash being imposed (now) around the world?

Deposit your paper currency into the bank [thief] of your choice, or it will be declared worthless .

The holders of gold and silver legal tender currency would simply laugh at such a threat. Fiat currency, as its name implies, relies upon government fiat for its value. Remove the fiat, and it is just paper – worthless. Gold and silver are above any petty decrees from these tin-pot dictators.

In the absence of the gold standard, there is no way to protect savings from confiscation through inflation.

Understand that at the time that Greenspan uttered his warning/confession that it was illegal for Americans to possess gold. Had this banking criminal chose to utter the same warning today, he would have had to amend it.

In the absence of the gold standard, there is only one way to protect savings from confiscation through inflation: gold and silver.

The Rule of Law is dead. Our Constitutions lie in tatters, metaphorically shredded by our corrupt governments. In such a world, there is only one path to liberty.

The Hitlers and Stalins come and they go, fortunately. Gold and silver – and the economic liberty they represent – endures.