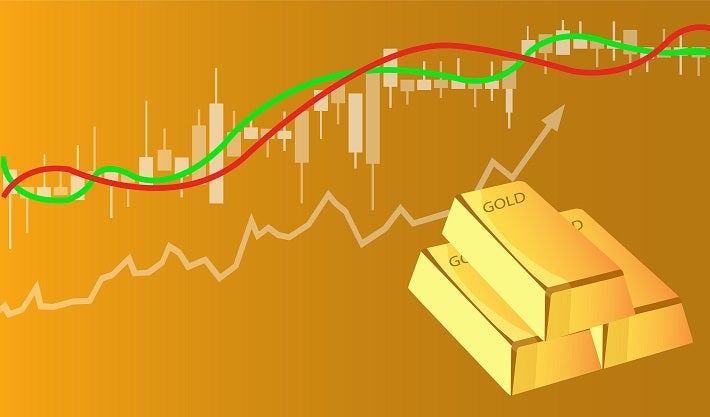 According to the mainstream financial media (MFM), the biggest financial frauds in history are the Bernie Madoff Ponzi scheme, with roughly $20 billion in net investor losses, and the Bank State rigging of LIBOR, which resulted in 16 guilty banks paying $35 billion in fines, which supposedly equated to their theft.

The MFM have conveniently ignored a far larger financial crime that has been perpetrated for 37 years and counting, and that has netted its orchestrators more than $1,000,000,000,000.00 ($1 trillion) in stolen profits. This crime is so powerful that it can produce fraudulent proceeds of $1+ billion on demand and in minutes, making it unique in the annals of theft. It is a crime that has been committed literally thousands of times since 1980, and is now being committed in the most blatant and brazen manner ever. This crime is already 285 times bigger than the LIBOR scandal, and 500 times bigger than Madoff’s swindle. It is, in fact, the largest, most destructive financial crime in history.

As this immensely profitable fraud has been perpetrated, the MFM have bombarded the populace with a propaganda campaign that smears and mis-characterizes gold. Rising precious metals prices are always presented as being ominous, negative and inimical to the people, while declining prices are consistently placed in a favorable light. This propaganda has been carefully crafted and timed so that when massive, coordinated price attacks occur, market observers actually view them as positive market developments and move on, in the belief that all is well and there is nothing to see.

Whenever true prices start to exert themselves, the MFM go into overdrive to demonize and discredit gold. Truly disgracing themselves, which is increasingly difficult for them to do given the depths to which their fake financial journalism has plunged, they have actually published articles calling gold a “Pet Rock,” and in another instance, a “Ponzi scheme.” By the latter’s idiotic logic, all natural elements and tangible goods are Ponzi schemes, too. If you listen to them, milk and eggs are criminal conspiracies also. They know it’s absurd, but they throw the spaghetti against the wall anyhow, to flog the agenda and please their Deep State owners.

Last week, Bloomberg Magazine ran a cover story about a two-bit nobody smuggling meaningless quantities of gold as if this were the gravest threat to humanity in the 21st Century. It was yet another effort to make the gold market look seedy, shady and dirty. The lengths to which they go in order to slam precious metals prove that this is a very important Deep State agenda. And it is, because its purpose is to deflect attention away from the Deep State’s unprecedented financial criminality.

In the late 1970s, oil barons Bunker and Lamar Hunt became interested in the favorable fundamentals of silver. They steadily bought the metal, ramping up its price. The Bank State went short against the Hunts, in size. But buying demand persisted, and by January, 1980, silver had reached a record $49.45 per ounce ($147.68 in today’s dollars) and the Bank State was choking on massive paper losses.

The Bank State did what it always does when the chips are down: it lied, cheated and stole. First, it ordered the MFM to character assassinate the Hunts by labeling them greedy profiteers who were attempting to corner the silver market at what would be an exorbitant cost to society. Which was a deliberate lie. Later evidence proved that the Hunts bought silver based upon extensive quantitative analysis that showed it to be significantly undervalued, just as others throughout history have been attracted to undervalued assets. There was no evidence at all that the Hunts were trying to corner the silver market. But the media onslaught overwhelmed the truth, and set the stage for Act 2.

In Act 2, the Bank State ordered its’ captured, bribed CFTC regulators to change silver futures rules so as to force the Hunts to liquidate their positions. Predictably, silver’s price plunged from $49.45 to $10.80 between January and March, 1980, as a result of the out-of-the-blue, “liquidation only” CFTC mandate. This wiped out the Hunts and bailed out the Bank State of its massive losses, which, of course, was the corrupt point of the exercise.

In the process, the Bank State saw first-hand the enormous profit potential inherent in precious metals price manipulation. And it raced to invent a new form of alchemy that would enable it to make those potential profits go exponential: the transmutation of printed paper and costless, ethereal computer digits into what they would say were the equivalent of physical gold and silver. Honest precious metals price discovery died when the Hunts were cheated and fake gold and silver were invented. The precious metals futures market has been an organized crime scene ever since.

Prior to the Deep State’s successful overthrow and corruption of the metals market, gold and silver reached 1980 highs of $850 and $49.45, respectively. We regard those as legitimate prices that actually would have been exceeded if the free market had prevailed. Fundamental forces were enormously bullish for metals at that time, and have been so ever since.

Using the U.S. government’s inflation statistics, which are deliberately understated and therefore conservative, today’s prices would be $2,510.55 for gold and $147.68 for silver. Therefore, current fake gold and silver prices are roughly $1,300.00 and $130.00 per troy ounce beneath their 1980 inflation adjusted highs, respectively. This is extraordinary given the radical deterioration of monetary, financial, fiscal, economic and geopolitical conditions since 1980. Prices should now be far above the 1980 inflation-adjusted highs, not far below them.

With 5.8 billion ounces of owned physical gold in the world, the $1,300 per ounce price oppression results in an aggregate gold market undervaluation of $7.54 trillion. And with 20.5 billion ounces of owned physical silver in the forms of jewelry, silverware, coins, bars and rounds, the $130 per ounce price oppression amounts to an additional market undervaluation of $2.67 trillion. Combined, this totals $10.21 trillion that has been stolen from the owners of gold and silver worldwide as a result of the Deep State’s price manipulation fraud. This $10.21 trillion amount is an absolute minimum, because for dozens of objective, quantifiable reasons, gold and silver prices should exceed their 1980 inflation adjusted highs by at least two and up to four times. Therefore, the true cost to the global owners of gold and silver is actually in the range of $20 to $40 trillion. The people have paid a staggering price for the Deep State’s precious metals crime spree, as there is no fraud in history whose financial impact even come close to this. Yet the corrupt MFM doesn’t say a word.

From 2009 through 2013, former Goldman Sachs partner Gary Gensler, protégé of (among others) Robert Rubin (former U.S. Treasury Secretary and now Chairman of the Council on Foreign Relations, the embodiment and epitome of the Deep State) and Larry Summers (also a former U.S. Treasury Secretary (put there by his mentor, Robert Rubin), Group of 30 member and a leading Deep State cash elimination mouthpiece), was the Chairman of the Commodities Futures Trading Commission (CFTC). During virtually his entire tenure, the CFTC conducted a so-called investigation into silver market price manipulation. In 2013, the CFTC closed the investigation, saying it had not found any improprieties whatsoever, not even one. According to them, the silver market was squeaky clean.

Gensler left the CFTC in early 2014, and went to work for Hillary Clinton’s presidential campaign. In 2015, he was named Chief Financial Officer of her campaign. A Clinton victory was fully expected, and it was understood that Clinton would name Gensler Secretary of the Treasury. (Now do you see how this works?) In that role, he would have been far more helpful to the Deep State than he was in his CFTC role of protecting their $1 trillion precious metals fraud from being exposed or interfered with. In the Treasury Secretary position, the top marching order from his Deep State masters would have been simple and clear: get cash eliminated once and for all, and we will make you richer than you can ever imagine. He would have been all over it.

Cash elimination is the Deep State’s upcoming, Main Event. They will steal far more by eliminating cash than they have stolen to date by all their other frauds, combined. While the rigging of the precious metals markets is currently the largest financial crime in history, it will be left in the dust when they come to steal the dollars, Euros and other fiat currencies that they are working to corral in their monetary prisons. They lurch from one record to another, on the bent and hurting backs of the people.

Trump’s victory threatens to slow down the implementation of their cash elimination agenda, and this is why they are incensed, and will do literally anything to get rid of him. Trump is brave, and in extreme danger the 86,400 seconds of every day. There have never in history been richer, greedier, or more power-hungry character assassins than the Deep State elite. The silver lining is that their evil is now so cancerous and metastasized that it has driven them completely insane, and the insane have a way of destroying themselves before they can destroy the rest of us.

Implications: We know for an absolute fact that precious metals prices are manipulated. (The evidence is absolutely overwhelming, and we would like to offer special thanks to GATA (and now Deutsche Bank) for proving it without a shadow of doubt over many years’ worth of tireless work.) Current prices of gold and silver are therefore fake, and in our view, far below what they would be in an honest market. When the Deep State Crime Syndicate loses control over prices, which could result from any one of a large number of likely developments, true prices will be re-established, a process that was occurring in 1980 and again in 2011 before being sabotaged both times. As fake prices are crushed and honest ones return, a global “herd” buying phenomenon could develop, as has happened in the past. This would lead to significant shortages of available physical metals and a meaningful increase in premiums. History has been clear that when it comes to precious metals, it is always best to buy in halcyon times, particularly if one can do so at a good price. We are not registered investment advisors, and are not providing financial advice. We are simply sharing with you our thoughts, which are born of extensive, independent research. Thank you for taking the time to read this article, good luck and all the best to you.