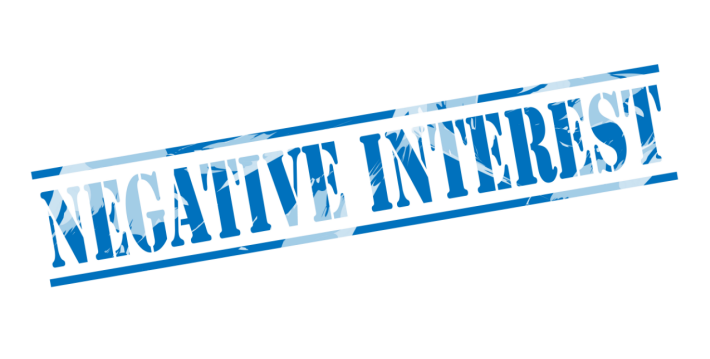 Kenneth Rogoff is a Professor of Economics at Harvard University. Prior to that, from 2001 – 2003 Rogoff served as Chief Economist and Director of Research for the International Monetary Fund. For many readers, that will be more than enough information to conclude that Rogoff is a prostitute for the oligarchs.

Kenneth Rogoff likes negative interest rates. What does he have to say about anyone who criticizes a policy which allows borrowers to steal from lenders and economically devastates senior citizens as well as all other individuals on fixed incomes? He says they are “ignorant”. Yes, what’s not to like about negative interest rates?

What does Rogoff have to say to critics of this economic insanity who point out that apart from all of the obvious arguments against negative interest rates that there is absolutely no evidence of any kind that it has accomplished anything positive? Rogoff whines that this is because we haven’t pursued this insanity for a long enough period of time (nor with sufficient fanaticism).

How does Rogoff defend his interest rate policy, given that a 0% interest rate is already a fraud, while negative interest rates represent naked criminality? Rogoff is a banker, and so he doesn’t understand the question – since bankers consider fraud and crime to be away of life when it comes to our finances.

Then, in the same Bloomberg article, Rogoff eliminates any pretense that he serves the interests of anyone other than the oligarch Puppet Masters. Rogoff claims that the reason why negative interest rates haven’t yielded any of the benefits touted by prostitutes like himself is because our governments haven’t gone far enough.

“To do it correctly, you have to make legal, tax, institutional changes,” he said. “And second, you need to be able to do whatever it takes .” Unlike current efforts, a successful implementation of negative rate policies would “ involve the whole government .” [emphasis mine]

First of all, so-called “negative” interest rates are a blatantly criminal act. Secondly, in the six years now since negative interest rates were originally introduced, there has been no evidence of any kind that this policy has had any kind of beneficial effect. This is much the same as how after seven years of ramming “Austerity” down the throats of European nations, not one of those nations has seen any strengthening of their economies, and all have seen further deterioration. And (as already mentioned) 30 years of 0% interest rates in Japan have yet to produce the slightest benefit.

The definition of insanity is doing something over and over again and expecting a different result.

When you try something for six years and it doesn’t work, that is not a reason to engage in even more of that failed policy. It’s conclusive evidence that it is time to abandon that policy.

Kenneth Rogoff believes that we should turn our entire societies upside down in the Quixotic quest to (supposedly) transform negative interest rates into a successful policy. We should “involve the whole government” and “do whatever it takes” to try to justify a crime.

Is Kenneth Rogoff insane? No, he is a fascist, a lackey of the Crime Syndicate which rules over us. He mindlessly obeys and parrots all of his Masters’ commands. The oligarchs want “negative” interest rates, as an even more overtly criminal form of economic oppression, and Kenneth Rogoff is prepared to do literally anything and everything to please his Masters – including insulting anyone who dares to disagree with him.

However, this isn’t even the most disturbing and disgusting aspect of Rogoff’s rant. What is the reward which we will supposedly receive if fascists like Rogoff get their way with negative interest rates? Higher inflation.

Regular readers already know all about inflation: economic cancer, and the oligarchs’ most potent tool for systemically robbing from the masses. How far detached from reality (and humanity) is Rogoff, high up in his ivory tower, as he licks the boots of his banker Overlords?

Rogoff tells us that we are supposed to want to be robbed by the bankers through negative interest rates so that we can be rewarded by being robbed even more by the bankers from inflation.

In the absence of the gold standard, there is no way to protect savings from confiscation through inflation.

Sir Alan Greenspan is a lackey for the Crime Syndicate, ranking at least an echelon above the lowly Rogoff. But Greenspan blurted out the previous truth before he became one of the bankers’ foot soldiers. Greenspan explained the crime of inflation back when he naively believed that the Poor were going to use the money-printing crime of inflation to steal from the Rich, rather than the other way around. Yes, History is loaded with examples of the Peasants using banking to rob from the Rich.

In the eyes of despicable lackeys such as Rogoff, we are supposed to do nothing except meekly submit to having the hard-earned fruits of our labours systemically stolen from us by the Ultra Wealthy, in perpetuity. And if we’re not willing to enthusiastically submit to this institutionalized penury, this means that we are “ignorant”.

Note what this also says about the Corporate media. Once upon a time, people such as Rogoff would not have dared to utter such asinine thoughts unless they were completely witless. Because if one did utter such elitist tripe, there would be a reaction – either complete outrage or simple derision.

Lackeys such as Rogoff can now spout the most outrageous nonsense and lies on behalf of their Masters because the mainstream media is nothing but a propaganda megaphone. If there were even tiny components of legitimacy within the Corporate media oligopoly, pathetic stooges like Rogoff would be “outed” for what they really represent.

Note also what rants like this say about us. Think about the level of contempt and scorn that fascists like Rogoff and his Masters have for the Little People to even dare to arrogantly demand that we submit to more of their systemic crimes. Societies of citizens would not tolerate such outrageous behavior.

But we are no longer citizens, we are serfs. We did nothing as the oligarchs and their lackeys in our governments imposed mass unemployment upon us, giving away tens of millions of our jobs, simply because it allowed the corporate fronts of these oligarchs to plunder even greater profits from the global economy.

Who has lost more of their humanity? The oligarchs? Their lackeys? Or us?