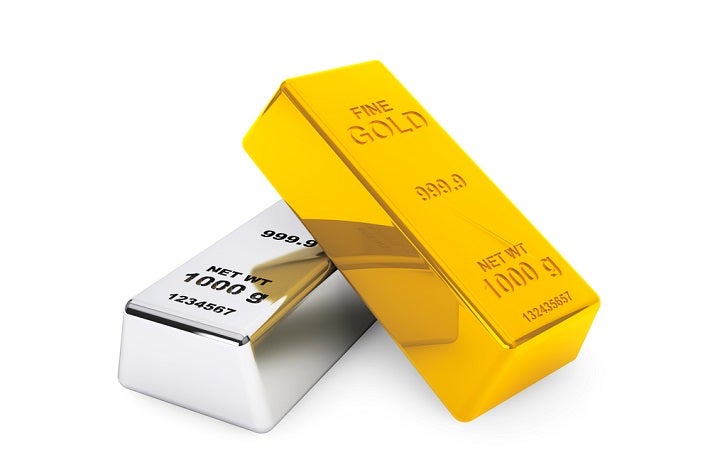 Gold and Silver just hit new highs following a multi-month correction. It is interesting to note that none of the mining ETFs have broken their 2016 peaks. The only ETF to break its September high was SILJ.

Back to the metals, the catalyst for the recent pop—forecast in advance by the technicals—was on the back of Iran’s retaliatory strikes against the U.S. and, in my opinion, a speech by Bernanke calling for more extreme monetary and fiscal policy measures in the United States, i.e., debt monetization, including negative interest rates. Although retrospection is 20-20, it was relatively obvious that this spike higher would be short-lived. Gold and Silver were extreme overbought from a technical and positioning perspective, sentiment was extremely bullish, and news headlines such as the Iran strikes seldom have a lasting impact.

Gold rallied ~$130, or 9%, to 1613 from December 23 rd to January 8th, just eleven days. The daily RSI reached 84, something that has only occurred seven times in the past twenty years and each time led to “at least” a short-term pullback. The daily MACD Histogram was the highest since February 2016. The MACD Line was clearly negatively-divergent to its prior price peak in September.

More importantly, the weekly chart was clearly showing a pullback was overdue, as I shared in my article last week. We had multiple negative divergences playing out in the weekly RSI and MACDs.

Simply put, we had multiple technical signals across multiple time frames signaling a pop and drop was coming.

It was also clear in COT positioning data that at least a short-term pullback was overdue:

Then there was sentiment, back to extremes not seen since the peak in September.

Inter-market analysis based on real yields and TIPS, which I reported on back on December 19, also signaled a rally was coming, to be followed by a reversal. Since then, 5-Year real yields reached their lowest level since February 2017 at -10 basis points and are now rising again.

The Gold and Silver miners failed to break out to new highs too, all except SILJ, which is still well below its 2016 peak. By itself, perhaps immaterial, but when taken with all of the other data, meaningful.

I am sharing this for future reference to illustrate the fact that almost every time we get a breakout to the upside, people let their emotions take over and ignore all data and facts that suggest any form of reversal. “Traditional tools don’t matter in a market like this… after a major breakout.” Sometimes they don’t, but history says that it is far more probable that they do, at least in the short-term. This is especially true in markets like Gold and Silver, where emotions tend to run high. Sentiment is at its best as a contrarian indicator in this sector. When everyone says “Up we go!”, look south, and vice-versa when they’re throwing in the towel.

Similar signals can be seen in Silver, so I won’t show them in order to avoid repetition.

I can hear you say, “That’s great, David, but where do we head next from here?” The honest answer is: I don’t know. Based on extremities in technicals, sentiment, and positioning, it would suggest a sizeable or long pullback. Assuming the recent negatively-divergent peaks were the top of wave (1) of 3 in each of Gold and Silver, the following levels appear reasonable for wave (2):

My final comments are with regard to the bigger picture. The tweet below captures it well…

I would also add that if the Fed can’t allow U.S. Treasury yields to rise significantly (because of the perceived risk of U.S. insolvency due to the rising cost of interest on the debt), they must print dollars to buy the debt and keep yields down. This means that real yields can only rise meaningfully if we get deflation. Deflation now would cause economic and systemic collapse, including the solvency of the U.S. government.

The only situation where I can see real yields rise meaningfully is a 2008-type scenario, when real yields spiked for a short period of time due to soaring deflationary fears associated with the crash in the stock market. Gold and Silver dumped temporarily as a result. Even if this occurs, the Fed could not allow it to last very long without risking total collapse of the system.

In summary, absent a massive but temporary spike in real yields and dump in precious metals, the future looks extremely bright for Gold, Silver, and the miners going forward.